Why use real people in fiction?

So why do writers use real people as characters in their novels? Doesn’t the choice of real people as characters limit the writer’s creativity? Perhaps the author wishes to correct a settled view of the character, or offer an alternative interpretation to the established version of events as in Burial Rites (see below). Perhaps the discipline of keeping to what is known about a person, limiting to some extent the creation of the character, allows freedoms elsewhere in the writing? It may be that people’s actions and motivations, being the stuff of fiction, are more vivid when they are drawn from life.

I seem to have read a number of fictions based on historical events or people recently. So here are some thoughts on factual fictions (or is it fictional facts? – no it isn’t!), some reviews and mentions of other novels.

For the writer it may be that it is useful that the storyline is already established. But there are some challenges. Not least, the outcome may constitute a spoiler. Or not. I was pleased, as a reader, that I knew Agnes’s fate in Burial Rites. Knowing that she was to be executed focused my mind on the changing relationships as her fate approached, which I believe was Hannah Kent’s intention.

A danger lies in the writer’s attachment to all that research. Some writers appear to include everything. Some writers wear their research lightly. Hilary Mantel appears to be in complete command of all her material, even when her interpretation counters some established ideas. I think of the righteousness of Sir Thomas More in Wolf Hall, for example. She presents a very different view from what I learned in my A Level classes, or to Robert Bolt’s A Man For All Seasons. Research is a very seductive part of writing. Writing on the booksbywomen blog Anna Mazzola reflects on writing her novel The Unseeing and advises:

Work out what to research, and know when to stop.

She spent a year researching London and criminal justice in the 19th century and the murder at the centre of the plot.

In retrospect, I should have mapped out the plot and deduced from that which questions I needed to answer in order to write the book.

Perhaps her most useful advice comes in her recommendation

Recognise that the history is not the story.

The job of the fiction writer is not to be a historian or biographer but to provide ‘a wider sense of what people’s lives might have been like in a particular era: to fear, to love, to escape, to survive’.

So here are some recommendations. 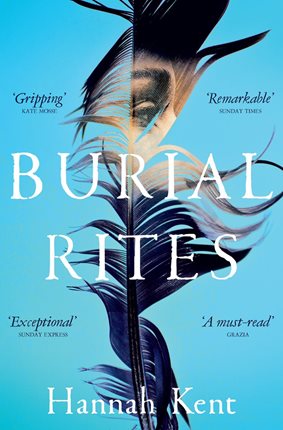 This unsettling novel is based on the true story of Agnes, executed for her part in two murders in Iceland in 1829.

The novel focuses on the period leading up to her execution when Agnes is billeted on a farm. We read about the responses of the family, neighbours and the priest she has asked to help her prepare. The everyday interaction with Agnes as well as her muted behaviour and then the retelling of her life story help gradually shift attitudes towards her.

In some ways it is a feminist novel. Hannah Kent has interpreted Agnes as a strong and independent woman who does not fit the norms of Icelandic society. In Burial Rites she stands up to male abuse to herself and a younger girl, and this eventually leads to the death of her tormentor. The younger girl is pardoned, being pretty and somewhat simple.

The details of Icelandic life fit well with what I have read, and the harsh realities of the law and the hierarchy of the island (subject to distant Danish rule) are well evoked. The writing is vivid and moving.

The Great Lover by Jill Dawson

Jill Dawson has made her writing career writing about real people. The Great Lover features Rupert Brooke during his years at Cambridge and in Tahiti. Other historical figures make an appearance, including Lady Ottoline Morrell and Virginia Wolf. The girl whom Rupert thinks he loves attended Bedales School, known for naked swimming and free lessons.

It was a Richard and Judy summer read, which must have brought Jill Dawson and Rupert Brooke to the attention of many readers who had not known them before. The story zips along, through endless pre-war sunny days, endless glimpses from afar and endless self-examination by the main characters.

The Great Lover by Jill Dawson, published by Sceptre (2009)

Other fictions based on real people by Jill Dawson include Fred and Edie (2000) and The Crime Fighter (2016), which I recently reviewed, here. 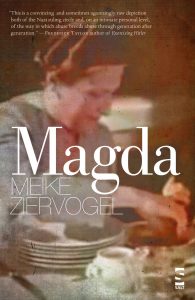 Magda is the wife of Nazi propagandist Joseph Goebbels. The novella’s narrative captures different moments in her life. We meet her first as a girl, for example, in a convent, where the endemic cruelty of the sisters and the other girls is designed to promote conformity. The sections are filtered through different women: Magda herself in the convent, later it is her mother, her daughter’s diary, her own imagination of what it her life will be like after the war, and a more detached narrator.

We get a sense that abuse rattles down the generations, reinforced through institutions especially the Catholic Church and National Socialists, which is presented as a religion. It’s a vivid, and raw account of what it meant to be a child in pre-war Germany, as it was collapsing in 1945, and it meant to be one of the favoured ones in that distorted society.

Magda is an interesting mix of historical fact and imaginative exploration. I understood something more about how Bavarians and Catholics became such keen advocates of National Socialism, how women were abused by the ideas of fascism, and how women are forced to use their sexuality to make anything of themselves, especially in times of crisis and chaos.

Recent reviews on this blog:

Ghost Light by Joseph O’Connor In this novel the main character is the actor Molly Allgood.

Little Red Chairs by Edna O’Brien A searing look at how charming and seductive evil can be, hiding in plain sight, even if he is the Beast of Bosnia.

Other fictions that I am tempted by …

The Noise of Time by Julian Barnes (Shostakovich) (2016)

Or have read in the past.

Memoirs of Hadrian by Margaret Yourcenar (1951). The Emperor writes a letter to his successor towards the end of his life.

Summer in February by Jonathan Smith (1995); a circle of painters in Cornwall, three of whom create a doomed love triangle. Laura Knight, Harold Knight, Alfred Munnings among them.

Tom and Will by Matthew Plampin (2015). A novel based on a possible episode in the lives of two young painters JMW Turner and Tom Girtin.

8 Responses to Why use real people in fiction?