What are they telling us? Reading the signs

Many years ago, in 1986, we were camping in Zimbabwe with my brother. (I’ve always wanted to start a piece like that! It sounds so exotic. And it was.) When we arrived at Lake Kyle at an official but deserted campsite it was already dusk, (getting mimpsy they say in Devon, I believe). We pitched our tent, lit a fire and cooked our supper ready to enjoy our evening. In the dark my brother tipped the stew into the fire as we were serving it up and after a very late replacement meal I managed to mistake the instant potato mash for washing up powder.

There were many mishaps on that trip, but also wonderful experiences. When we woke beside Lake Kyle in the morning we found ourselves in a magical place, surrounded by msasa tress and not far from the water. A sign  cautioned against swimming in the lake. Dangers of all sizes lurked in the water.

A note for those who are not familiar with the parasites of Africa, bilharzia (medical name schistosomiasis) is a nasty infection caused by a parasite 7-20mm long that lives in fresh water and buries itself in human skin before moving into the organs, causing skin rash, raised temperature and muscle ache to begin with …

Despite the medical note, this entry is a light-hearted look at some notices or signs that have amused, confused or perplexed me. It seems that simple signs often fail to get across their message without ambiguity or confusion. Sometimes you see read signs that are just odd, and other times it seems that a joker has been at work. Here’s my favourite joker sign. 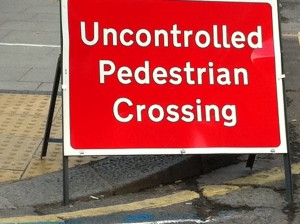 And perhaps the humour of this next sign was also intentional, posted on a toilet door in Tate Britain. 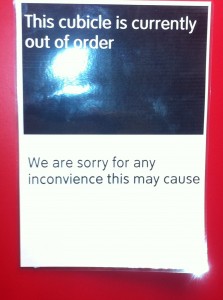 And, for goodness sake, what’s the point of this sign, seen on a walk in Essex, near Audley End House. 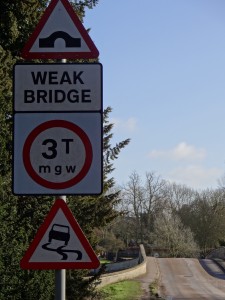 So what should I do? Tread lightly, run across or offer encouragement and sympathy?

Some signs are plain confusing. Here is a station sign that says it’s not Saffron Walden, although it is the town’s nearest station. And as it happens it is not in Audley End either. It’s in Wendens Ambo. Really. 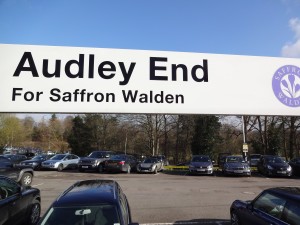 The theme of railways signs is a rich one. Adlestrop, which you remember from a poem by Edward Thomas, is no longer an active railway station, but the sign has been preserved, in the local bus shelter.

And on the subject of railways signs, when my daughter was learning to read she sounded out the letters to find out the name of the station we had stopped at: L-A-D-I-  ….

As I passed through Reading one time (and I pass through Reading very frequently) I overheard another young girl practise her literacy skills on the platform signs. Then she asked her father – do they have a lot of books here? I think it was her first joke.

Later on that Zimbabwe trip we travelled up to the hills that border Mozambique, our destination was a house near the wonderfully named town of Chimanimani. Our road passed through the grounds of a hotel golf course where the sign warned of the simultaneous danger of low flying golf balls and bullets. (My brother claims that the sign did not mention the bullets. Fanciful he calls it. Well, he’s not writing this blog.)

Bullets or Bilharzia? – luckily we never had to choose between them.

One Response to What are they telling us? Reading the signs