To Kindle or not to Kindle?

Bloodless nerds: that’s how Kindle users were described by the well-known writer. It was July 2011 and we were at a literary festival. There was sustained applause from the audience for this remark. Bloodless nerds! It’s true, we were in BBCRadio4land, but this was offensive. So why does Kindle use arouse such passions, such rudeness and snobbery. I guess some of it is straightforward luddism. People are reluctant to learn how to link up to the web, invent passwords, and follow all those instructions. Some of this attitude arises from a bizarre idea that reading should not be easy, that it is almost shameful to be able to bring up your latest choice from your TBR pile almost anywhere: bus, back garden, beach, bed, plane, train. 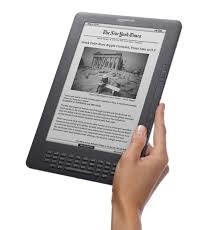 I don’t own a Kindle, but I don’t disapprove of them, just haven’t got round to getting one. In fact I haven’t touched one on more than two occasions, in shops where they were on display. This is strange, for in the last thirty years I have been something of an early adopter of various gadgets and technologies – fax, mobile, digital camera, laptop, smartphone, apps, blog, tweetery, facebook etc etc.

But although I have held one in my hand and imagined owning it, and despite seeing people on buses and trains with them, know it to be the indispensible holiday gadget (helps with the luggage allowance), seen the beautiful people on the adverts with a Kindle in a hammock, walking along the beach arm in arm (and would you really want a Kindle to read in that situation?) into the sun as it sets over the sea, despite all this I don’t have one. That is not because I don’t tend to go on beach holidays, and would rather look at the sunset and swim in the sea than light up my Kindle. And I have certainly coveted the Kindle covers, the faux Jane Austen, floral Cath Kidson, smart leather chic – still no Kindle. And I even considered going out and buying one when I was so shocked by the ‘bloodless nerd’ comment and the audience’s response. It would be a protest. 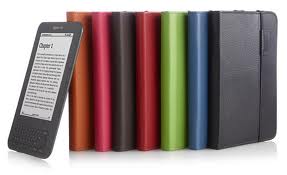 E-readers tell me about the advantage of owning a Kindle, and as I understand it they are as follows:

1. The ease and speed of obtaining books that you want to read.

2. You don’t have books taking up shelfspace.

3. You don’t have to pack lots of books for that holiday or hospital stay.

4. You have access to the equivalent of the British Library in your pocket.

4. Some books are only available on e-readers.

I expect I have missed some. 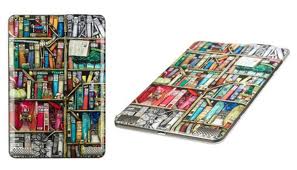 Are there any disadvantages?

Can you mark pages, lose and find postcards and other book marks in them, smell them, watch them yellow at the edge of the page? I like the physical aspects of books, as well as their constraints, having to decide about which to carry, being limited by what I have in my hand or on my shelf or available in the library or bookshop.

As well as being conservative in my habits, I do not want to be tempted to download lots of books, and I like waiting for them to arrive from the library or bookstore because I usually read something else in that time. I don’t want to carry another gadget (I got an iphone so I didn’t have to have to carry a phone as well as an ipod.) When I go on holiday to Africa in 2015 I probably will take one, but until then I’ll enjoy the slow exploration that hard copies require.

It seems I am not alone. Consider the passengers on the whimsically named Mayflower Express – the 11.06 from London Paddington to Plymouth – in the Quiet Coach where a bit of speedy research reveals that there is only one reader holding an e-reader. Seven people have books and two people are doing Sudoku, two reading the paper, one person writing on A4 lined paper (looks like a late University essay), one person is asleep, one person gazing out of the window at the gorgeous autumn landscape and one person is doing a survey of Kindle use. Only one out of eight readers was using a Kindle. I am not alone. 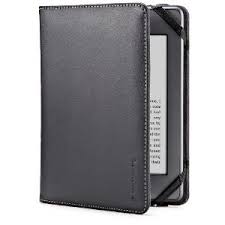 With Christmas coming up if someone wants to give me one that’s fine. But I don’t feel a need to get one.

Any thoughts on this topic? Do you mind being referred to as a ‘bloodless nerd’?

3 Responses to To Kindle or not to Kindle?