Choosing a novel by a woman in translation can be tricky, with so few reviews in newspapers and on blogs. I chose this one for three reasons. It won an award from English Pen who support writing in translation. And it is in Spanish, and I haven’t reviewed a book originally in Spanish for some time. And when it arrived, with two other possibilities, I liked the cover so much that my choice was made. 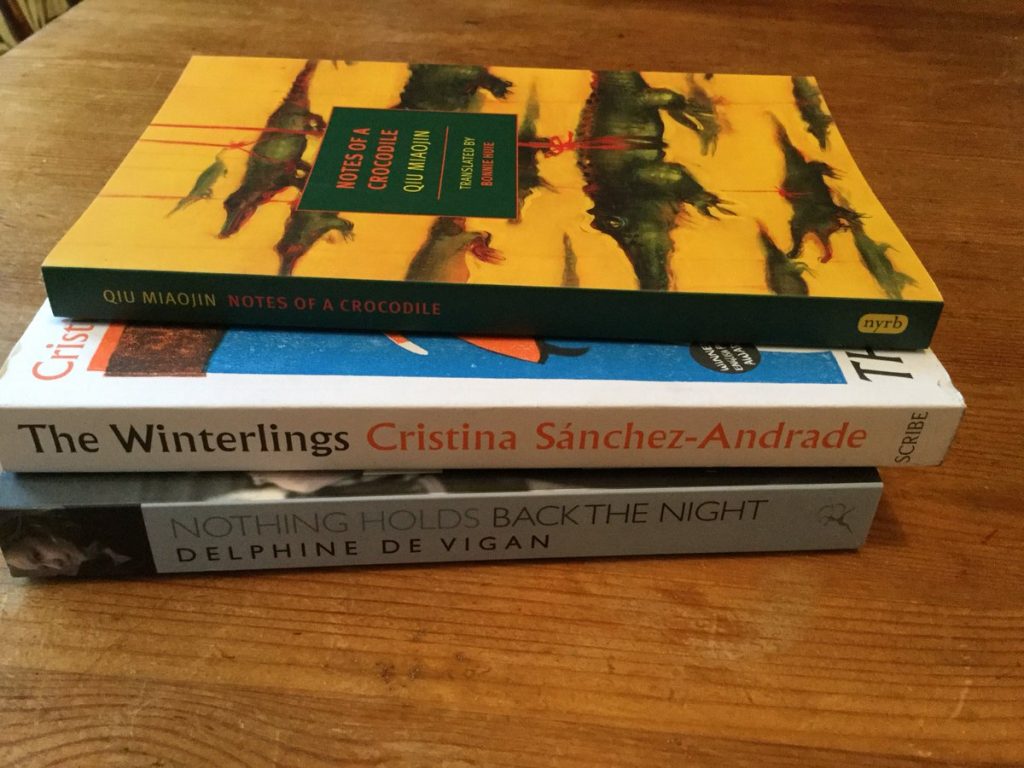 The story of The Winterlings

It is soon after the end of the war in the 1950s in the Spanish countryside. Two sisters, the Winterlings of the title, reappear in the remote village in which they grew up decades before. They move into their grandfather’s house, bringing a cow, some sheep and chickens and settle into life there. Where have they been? Their grandfather sent them away shortly before he was killed during the Civil War, and they spent time in England, doing domestic work, learning to be seamstresses and going to the cinema. Before their return one of them had briefly been married.

They came past one morning like the thrumming of a hornet, swifter than an instant.

The men bent over the earth straightened up to watch. The women stilled their brooms. The children stopped playing; two women with big, tired bones, as thought worn down by life, were crossing the town square.

Two women followed by four sheep and a cow with swinging gait, pulled a covered wagon filled with provisions and utensils. (3)

Much remains unchanged in the village, but there is a sense that change is on its way. The villagers remember everything. The grandfather had bought the brains of many inhabitants (as a way of putting money in their pocket perhaps), and now they want the ownership of their brains returned and the receipts cancelled. Then news arrives that Eva Gardner is in Spain to make films and one of the sisters goes to be her body double. The other sister has her teeth renewed, but falls ill and gradually dies. The remaining Winterling moves on.

There are so many mysteries in this village, especially concerning the two women. What happened to their grandfather and to the brief husband? What is the dental technician’s source of teeth? He has another secret – he’s a cross dresser. What was the role of their grandfather and the greedy priest during the Civil War? And why does the priest, who is also smelly, go up the mountain every day to read the last rites to a woman who is taking forever to die? How has the return of the Winterlings upset the villagers? What is wrong with the chickens?

The writing of The Winterlings 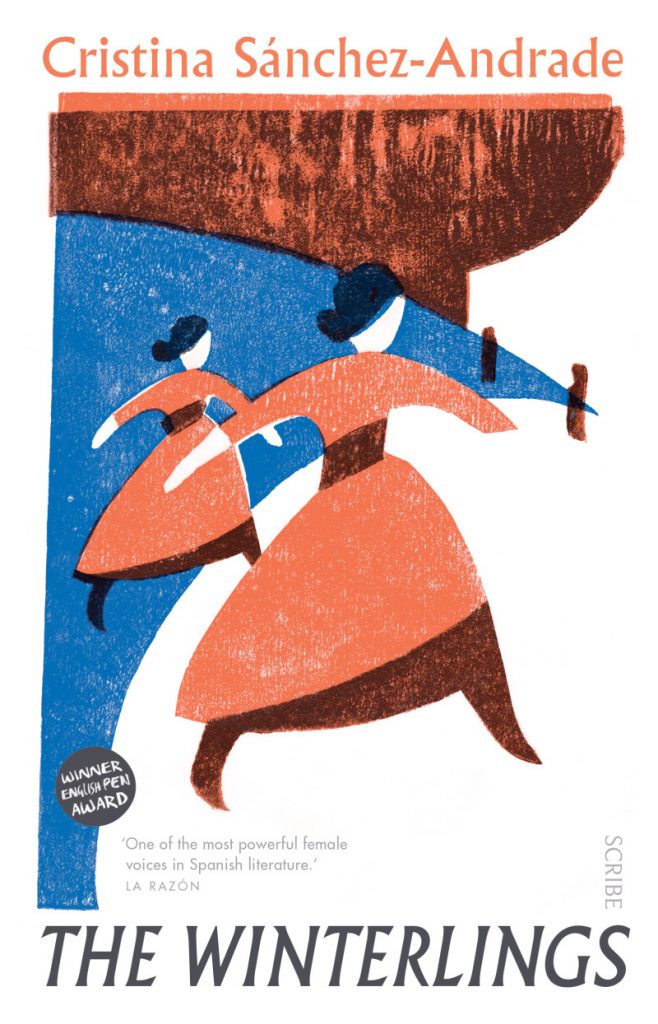 The novel is written in a naïve style, spare, almost primitive. The author herself says it derives from the oral tradition and many of the stories come from her own experiences or those of her family. Nothing is presented as strange, or with very much explanation or description. It has the air of a fable, of turning back the corner of a peep show. There is not so much a plot as a sense of place, with all its stories.

There is no explanation in the novel for the title, although it is an elision of winter and siblings. The author tells of how she drove past a sign to Las Inviernas and how that road sign sparked the novel’s origins.

You can read what Cristina Sanchez-Andrade says about writing the novel on the English Pen website. Here is the link.

The Winterlings by Cristina Sanchez-Andrade, first published in Spanish as Las Inviernas in 2014, and in English translation by Samuel Rutter in 2016 by Scribe. 249pp. Winner English Pen Award

I came across these recent recommendations for 12 essential Spanish language female authors.

Filed under Books, Women in Translation