I grew up with Margaret Drabble’s novels, keeping step as she pushed the boundaries with A Summer Bird Cage and The Millstone, looking at the lives of intelligent young women in the 60s. The Dark Flood Rises is her 20th novel and still she is asking questions that concern me, and people of my age. This novel is about growing older and facing death in the 21st Century.

The title is taken from DH Lawrence’s The Ship of Death.

Piecemeal the body dies, and the timid soul

Has her footing washed away, as the dark flood rises. 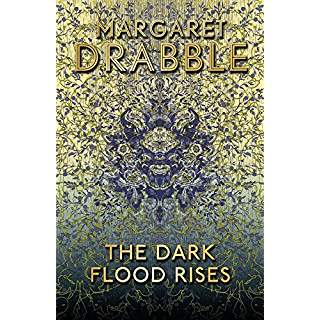 ‘What I do worry about is living’

Margaret Drabble wrote about death and approaching death in an article in the Guardian in October just before the publication of this novel. She referred to ‘the delusion of an afterlife’, no longer shared by many, if it ever was. But we still ‘struggle with the meaning of death’, she suggests. And she has this to add about increased longevity, faced by many of us.

Through our mortal ingenuity, we are reaching a biological phase when we are beginning to fear old age and longevity more than we fear death. We can no longer look forward to the possibility of a sudden, unexpected, merciful release, or falling asleep in bed reading a book (as my mother did), or ceasing on the midnight with no pain. Nor can we make plans to celebrate our departure as a grand culmination of our life’s endeavours, with gracious and grateful and possibly public farewell. That’s because we know that officious folk are going to strive to keep us alive for as long as they possibly can, until we can no longer enjoy anything. Just to prove that hey can. [Guardian 29th October 2016]

I disagree with much of this, believing we should celebrate increased longevity and take advantage of it in others as well as in ourselves. Indeed I have co-written about this and published a book on it this year. (The New Age of Ageing).

But increased longevity does mean paying more attention to that period we call old age. ‘What I do worry about is living,’ says Margaret Drabble. I agree with her. This is new territory, and as the author has said, (in the Paris Review in 1978) it is the function of fiction to explore it, and she has made an accessible approach with The Dark Flood Rises.

Fran and older people connected to her, and some younger ones, look at death. Fran is in her 70s but fit, caring for her bedbound ex-husband by preparing and delivering meals for him. Her son Christopher lost his partner suddenly in the Canaries. He returns there and is befriended by two gay men, Bennett Carpenter renown but sinking slowly into genteel disability, and Ivor increasingly acting as Bennett’s carer rather than his partner. They are trapped by European economics, and the failure to invest when they had capital. Fran’s daughter Poppet is concerned about the death of the earth. Two of Fran’s older female friends face and then undergo death.

It is Fran’s story with which the novel opens and to which we return at frequent intervals. She is doing ageing very well: she has a no-nonsense approach to it, keeps healthy and active, even undertaking paid work advising on meeting the housing needs of the elderly. This is a good device for some discrete observations about how these needs are widely neglected. Fran is determined not to become a burden on others, in fact to remain useful. She is, we can see, doing all the right things. This does not make her happy (see below for the opening paragraph).

Margaret Drabble is not afraid to enumerate the physical aspects of the ageing body. Or to refer to those things that are no longer problematic. There is a kind of tongue in cheek pleasure in the writing about these, for example the dream Fran has about Tampax. She has driven to a hotel the day before and in the morning she puts her reaction to the dream in order.

… she wonders whether it had sprung from the redness of the meal of the night before, or from her motorway thoughts about Macbeth, or from some new and about-to-be-apprehended aspect of time and the ageing experience.

For ageing is, says Fran to herself gamely as she presses the lift button to go down to her breakfast, a fascinating journey into the unknown. Or that’s one rather good way of looking at it. The thin flow was the blood of life, not of death, reminding her that she is still the same woman, she who once had been the bleeding girl. (20)

The novel is not divided into chapters, but into short segments. And it is written in the present tense. Here are the opening sentences of the novel, from Fran’s point of view.

She has often suspected that her last words to herself and in the world will prove to be ‘You bloody old fool’ or, perhaps, depending on the mood of the day or the time of the night, ‘you fucking idiot’. As the speeding car hits the tree, or the unserviced boiler explodes, or the smoke and flames fill the hallway, or the grip on the high guttering gives way, those will be her last words. She isn’t to know for sure that it will be so, but she suspects it. In her latter years, she’s become deeply interested in the phrase ‘Call no man happy until he is dead’. Or no woman come to that. ‘Call no woman happy until she is dead.’ (1)

The present tense narration brings a curious slow but immediate impact. It reminds us that these people live alongside us, are us. Time moves onwards, but we can linger in this time of life. The prose has a slightly superior tone, which may be intended to represent the mindset of this group of older people.

The novel does not stay with Fran, but roams among the other characters as they pass their days in the shadow of death’s approach. We see the preoccupations of Fran’s women friends, her ex-husband Claude, Bennett and Ivor trapped in the Canaries and attend a hospital bed and a funeral or two. 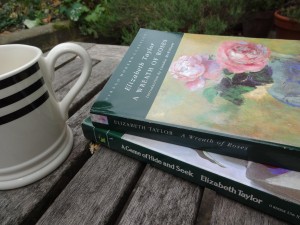 There are many erudite references in The Dark Flood Rises. One I especially enjoyed was to Elizabeth Taylor, and her novel A Wreath of Roses. Margaret Drabble is very well read and her well-educated cast of characters have various interests which enable her to refer to many other writers and what they said about ageing and dying.

There is a great deal of humour, and pathos, in the doings of these characters. There is selflessness and selfishness, affluence and poverty, friendship and admiration. Some of these people have been very eminent in their professional lives in earlier times. Bennett Carpenter is a notable historian of Spain. Claude was a highly regarded surgeon. Some of the older people are immersing themselves in rather narrow interests. For example, Jo develops a researcher’s interest in novels about marriage to the DWS (deceased wife’s sister). Claude wants to listen to endless Maria Callas, while cuddling his carer. Many of these old people are lonely, have lost partners and are fearful of intruding upon their children’s lives.

And I want to mention that the story references population movements too, especially across the Mediterranean and especially the treacherous, desperate voyages that see the end of so many lives as people escape violence. 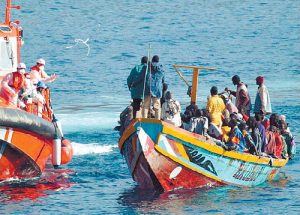 The Dark Flood Rises by Margaret Drabble, published by Canongate in 2016. 326 pp

Margaret Drabble’s article in the Guardian, ‘I’m not afraid of death. I worry about living’ October 2016.

My review of Elizabeth Taylor’s A Wreath of Roses.

The previous post in the older woman in fiction series was A Year of Marvellous Ways by Sarah Winman.

12 Responses to The Dark Flood Rises by Margaret Drabble