In a Country of Mothers by AM Homes

I found the following story very funny when I was trying hard to be an intellectual 6th former. At an encounter group they are playing ‘who am I?’ to get to know each other. One person says: I have issues with my mother. All the participants think: that’s me! Mothers! We all have issues with our own and/or being one.

In a Country of Mothers is my choice for the 1990s in the Decades Project 2020 (see below). It was published by Virago in 1994. AM Homes also wrote May We Be Forgiven, which won the 2013 Women’s Prize for Fiction. My notes when I read that book recorded that

she is a vivid and brave writer, with a wonderful sense of the absurd, the absurd but possible, and with a tender aspect as well.

So as we reach the end of the century we recognise the world of this writer: therapy, aeroplanes, summer holidays, graduate education. We have come a long way through the twentieth century, from the first book in this year’s project, when the main character was battling with Victorian attitudes.

In a Country of Mothers

Claire is a successful therapist, with a lucrative if not satisfying practice in Manhattan. She is married to Sam, a lawyer, and they have two sons. They live in a small flat on Fifth Avenue. Her two boys cause her great concern and worry, to the point of obsession.

“Shit,” Jake said.
“What?”
It wasn’t like Jake to swear. The beginning of the end: in the morning he’d come down to breakfast with an unfiltered Camel hanging out of the corner of his eleven-year-old mouth. (15)

Claire gave up a child for adoption, under pressure from her parents, 25 years before. She thinks about this lost daugter every day, and later it is revealed has bought her birthday presents every year.

Jody is her new patient. She is 25, and works as an assistant to a famous director and has just achieved her dream of a place at UCLA film school. She is finding difficulty with this career move. In therapy it emerges that Jody was adopted about 25 years ago, as a replacement for a son that died aged 7. She can never be sure that her parents love her enough, and she finds herself continually arguing with her mother, even though they speak every night on the phone. Her mother is not quite enough and too clingy all at the same time.

Jody comes for therapy on the recommendation of her previous therapist (who once knew Claire). Claire is immediately attracted to Jody who is spikey, creative and very sharp. When the summer comes Jody moves to LA and Claire goes on holiday with her family to the beach for a month. Suddenly both women realise how much they are missing: Claire misses her ‘daughter’ and Jody misses her ‘mother’.

When Jody falls ill in LA Claire steps out of her therapist role and insists that Jody’s mother brings her back to New York. She becomes more and more intrusive in Jody’s life, finding her a physician, even meeting the parents not just to ensure the care of Jody but also to find out facts about the adoption. Jody does not recover, and Claire becomes more and more obsessed and neither of them can find a way out of the ties that binds them together. It all ends very badly. Neither understands themselves or each other.

The obsessive need for a mother or daughter and the impossibility of anyone living up to the role becomes more destructive every moment. Jody’s mother can never get it right, always refers stuff back to herself. Towards the end of the novel Jody comes to see that she had wanted her mother to be different.

This was the woman who had loved her to the best of her abilities, however limited they might have been. She’d loved Jody to the limit of her fear. She’d taken a stranger’s child and claimed it as her own. How could Jody hope that her mother would magically become someone else? If Jody wanted someone else, she’d have to become that person herself. (161)

It is uncomfortable to realise that the therapist-client relationship may easily lead to difficulties, easily spill beyond the roles of therapist and patient. But, one is forced to ask, isn’t that what happens?

It’s an uncomfortable book, but that is the kind of writer that AM Homes is. She explores acute situations and characters at full stretch. Her novels are therefore often controversial.

In 2020 I have been exploring novels by women. I framed my choices from the Virago collection: Brilliant Careers: The Virago Book of 20th Century Fiction, edited by Ali Smith, Kasia Boddy and Sarah Wood. This collection reproduces an extract from a book published in each year of the century and reissued by Virago. My choices have included rereads, classics and some new discoveries. In December I will review the year’s blogs for the project, but in November I will be looking at a collection of stories published by Virago during the Century.

The post war choices for the project have been:

The Magic Toyshop by Angela Carter (1967)

Tagged as adoption, AM Homes, daughters, Decades Project, Granta, In a Country of Mothers, May We Be Foregiven, mothers, therapy, Virago

Writing as therapy, despite Zadie Smith

… most writers groups moonlight as support groups for the kind of people who think that writing is therapeutic. Writing is the exact opposite of therapy. [Zadie Smith, from  interview on Random House site*].

Really!!? It’s a poor arguments that uses the phrase ‘the kind of people who …’. And that suggests underhandness by the choice of the word ‘moonlight’. I wonder if Zadie Smith has reconsidered this rather sneery comment. She is an excellent writer herself, of course, and one who knows about the craft and skill of writing as art. But she should know that for some people writing is therapeutic.

For people who are hurt, traumatised and perhaps depressed, writing is often part of their recovery. Therapeutic writing has a pioneer: James W Pennebaker. It has 30 years of established research and guide books, such as Gillie Bolton et al’s Writing Works. And it has many, many practitioners, who use writing as part of a therapeutic process, in groups and in individual support. We should not be surprised that writing is beneficial – both art and music therapy are well established.

In addition to individual therapeutic writing we can note that it has also been used to help people in groups.

For survivors of torture

At Freedom From Torture there is a writers’ group called Write to Life. The members are refugees and their mentors. The refugees have experienced violence and torture and writing is part of their healing process. FFT also has a bread-baking group, art therapy and a gardening group. Therapeutic activities are not limited to writing and talking. Some of the benefits come from the social aspects of the group’s activities. 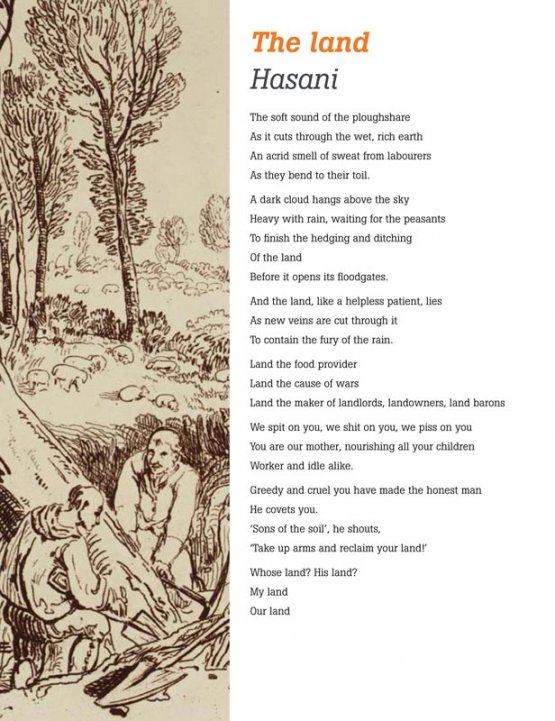 For people with dementia

In Reading Writing and Dementia I described how people with dementia have benefited from writing therapies. You can listen to a podcast of an event held by English Pen at Free Word Centre in March 2014: Dementia and the Power of Words.

Gemma Seltzer’s article (in 69 Mslexia March/April/May 2016) describes co-writing with older people in a project funded through Age UK. In the project called ‘This is How I see You’, Gemma talked to many of the people in a day centre and returned with a poetry portrait of each of them. She comments that it raised issues about her right to write about someone else’s experience of dementia.

In prisons, reading and writing can make a huge difference to prisoners’ lives. Many prisoners have very limited literacy skills. There are many projects helping prisoners to learn to read and to read more. The Writers in Prison Network uses reading and writing workshops and mentors to achieve their aims. Their strap line is ‘helping you change for the better’. Here’s a link to a Day in the life of a writer in residence.

How does therapeutic writing work?

It is the process of writing that helps in the therapeutic process. Sometimes it the expression of feelings, too dangerous or painful to say out loud, but needing some articulation. Sometimes it is the act of choosing words, metaphors, analogies that opens up thinking and reactions in the writer. Metaphors and imagery are ways into understanding depression, for example. And the metaphors and images we use, unconsciously, to make sense of our lives, can be revealed and new ones tried out through writing.

Sometimes the act of choosing words, in writing clarifies a thought. A writer can then reflect and learn from their insights, rather than being locked in a maddening repetitive cycle of emotions. How do I know what I think until I write it down? 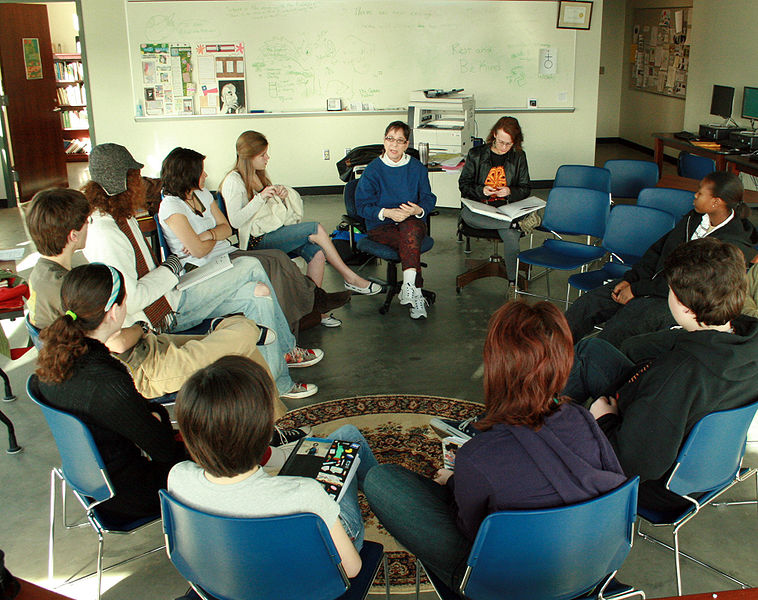 Sometimes the significance is in being heard – by a group, a therapist or a friend. And sometimes the responses of a group to a writer’s efforts has a therapeutic effect. Having a voice is to have agency and presence in the world.

The projects I’ve described are about the process of writing. This process does not necessarily produce art or even text for sharing. Sometimes writing that began with therapeutic intent emerges to have something to say to others and is worth publiccation.

Not long ago, in January, I wrote a related post called Reading is good for you. Today’s post was conceived as a companion piece, but quickly turned into a post about therapeutic writing.

* I tried to check the source of Zadie Smith’s quotation, but although it is repeated many times on the internet I couldn’t find it.

Where do you stand on this issue? Do you have experience of therapeutic writing?