Tag Archives: The Woman Next Door 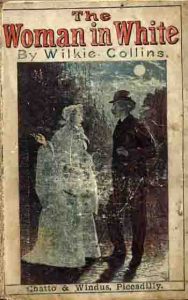 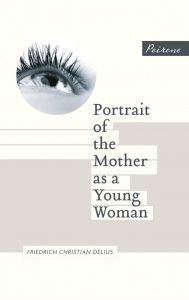 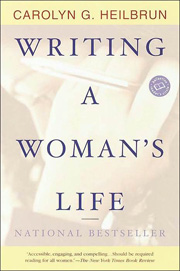 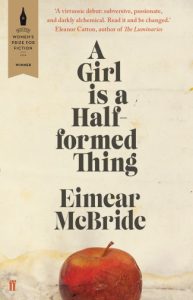 The Woman Next Door by Yewande Omotoso

I was attracted to The Woman Next Door by Yewande Omotoso when I found it in a list of recommended books by women of colour. It was the topic of the feud between two older women that attracted me. Here’s a novel with not one but two older women. Published in paperback in February 2017, it has been long-listed for this year’s Baileys Women’s Prize for Fiction. 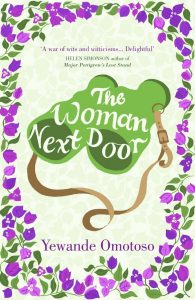 The Woman Next Door

Hortensia and Marion are neighbours in Katterijn, an enclave of 40 houses in a nice suburb in Cape Town South Africa. Set in the present day, the Apartheid era is behind them, although of course its legacy is still present. These macro tensions are not the focus of this novel. Rather Yewande Omotoso looks at the small scale of individual relationships, antagonisms and antipathy.

Hortensia and Marion have in common their age, both in their 80s, that they have achieved success in their careers, and that they are widows. But they disagree about everything and their mutual animosity is well known to everyone, especially the women who attend the Katterijn Committee.

An accident in which Hortensia breaks her leg and Marion’s house is badly damaged is the novelist’s device that brings changes in the relationship of the two women.

The title leads you to expect only one old woman, but the subject of the novel is the relationship of the neighbours, and how they have got themselves into their mutual animosity, and what will bring them closer together. Both women have become rather set in their ways, in their approach to life and to opposition.

Marion was formerly a noted architect, indeed she designed the house that Hortensia now occupies, which is one source of tension. At the outset of the novel she commands the committee meeting that is concerned about issues within the community, and it quickly becomes apparent that Marion retains some of the attitudes of the Apartheid era. She is a white woman and knows nothing of the life of her African home help. Issues of land, reclamation and compensation, are still of keen interest to the inhabitants of Katterijn and to Marion’s committee. The Committee allows Marion to bully the other women, as in this beautiful put-down of Sarah who had asked what the Lands Claims Commission did.

‘The Lands Claims Commission, Sarah, is one of those things with a self-explanatory name.’ (11)

Marion’s husband died without leaving her anything to live off and she must consider her options. She comes to see what has shaped her life but that a different future is possible.

Hortensia came to South Africa, via Nigeria, having been born in Barbados. She is a successful fabric designer. She came with her white husband, and at the start of the novel he is terminally ill. There is doubt in Hortensia’s mind about the value and honesty of their long marriage. Hortensia knew that her husband had had an affair that lasted for many years with a white woman, but she discovers that they had a child because Peter’s will requires Hortensia to acknowledge and meet this unknown daughter. This is very hurtful as Hortnesia’s lack of children was a burden to her.

Hortensia’s natural stance is oppositional. Here is an example of how she carried on.

The Constantinople Private Hospital staff didn’t take long to fear Hortensia. She’d arrived at the hospital on a stretcher but, on waking, had immediately managed to insult the paramedic. (85)

She offends the nurses who attended her husband, and later care for her when she breaks her leg. She questions every suggestion by Marion in the Katterijn Committee Meetings. Only the kindly Dr Mama and her own home help Bassey are able to tolerate her argumentative nature.

I wondered whether it wasn’t a bit of a cliché to portray women in their 80s as irascible, contentious, argumentative and difficult. However as the novel progresses we see what they have had to put up with in their long lives, their struggles, the opposition to successful women, their dubious marriages, Marion’s neglectful children and so forth.

The author is sympathetic to the difficulties, the physical incapacity the women encounter in their 80s. Both have been vigorous up to now. This is Hortensi before she broke her leg.

Her walk had been the first thing to go that really hurt. A dash of grey on her head, a slight dip in breasts small enough for dipping not to matter, an extra line on her neck had never bothered her. Her eyes were good, her teeth were hers. But the loss of her walk was the first sign that time was wicked and had fingers to take things. (37)

In the event, it is in the small things, the details of two lives lived in concrete setting that understanding and warmth is created: in the favours done, the help proffered, the companionship enjoyed together. 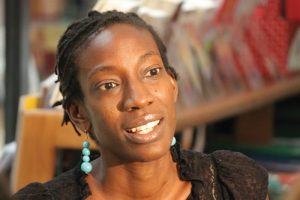 The Woman Next Door is Yemande Omotoso’s second novel. You can read an interesting interview with Yewande Omotoso in June 2016 in Short Story Day Africa. She says that her novels confront not the macro aspects of hate, but explores it at the individual level, for example as neighbours. And about The Woman Next Door she says that she wanted to consider ‘what it might be like to have the bulk of your life behind you’.

Her first novel, Born Boy, came out in 2012. Both novels have received critical acclaim. She was born in Barbados, grew up in Nigeria and moved with her family to South Africa in 1992. As well as her writing she has an architectural practice in Johannesburg. 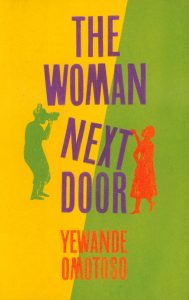 The cover of the Vintage edition of the book, with its garland of purple flowers around green binoculars seems to suggest some kind of chicklit, perhaps for older readers (henlit?). I prefer the hardback cover, being more edgy and less pretty feminine.

Most recent posts in this series

Have you read this book? What did you think of it? What do you think its chances are in the Baileys Women’s Fiction Prize?