Tag Archives: The Optician of Lampedusa

They are among the most vulnerable, feared and despised people on earth. There are about 26 million at the moment, of whom half are under 18. Last year the UK government granted asylum to 20,339 applicants (out of 35,099). You should know that Turkey supports 3.6 million refugees.

We hear of them crossing the Mediterranean in rubber boats, 16,724 in the first four months of 2020. At least 575 died. The English Channel has recently been in the news for attempts to enter the UK: 9500 in 2020 with at least 6 deaths and 3 missing.

A refugee is someone who, due to a well-founded fear of persecution, war or violence, has been forced to flee their home country.

Every refugee has an individual story, a story of fear of persecution, of war or of violence. Each one has been forced to leave their home country. And yet the policy of our government is to treat them like criminals and to dissuade potential applicants through the creation of the hostile environment.

I am ashamed of our government. I am ashamed of those who treat refugees as undeserving. This post brings together some books that illuminate the reality of fleeing and trying to achieve legal status in a safe country (with links to posts on Bookword Blog).

A boy from mixed parentage Ethiopia/Eritrea comes to the UK with his father to escape persecution and war. His father leaves him in London and the Refugee Council steps in to help. At first he is in a children’s home, and later moves to foster care and attends an East London school. When his mother is killed in Africa his father comes to the UK, which sadly means that Alem must move out of foster care. Father and son are threatened with deportation. His schoolmates organise a campaign to oppose this and Alem sees that he must face his future, not alone, but with all the people who have rallied to help.

Written for older children, it touches every child’s fear of being abandoned.

The Silver Sword by Ian Serraillier

Set in the chaos of massive movements of peoples at the end of the Second World War, the Balicki children from Poland must travel to find their parents. It is a classic quest, with near escapes, disasters and a great deal of kindliness from individuals: Red Army soldiers, Germans (the farmers), British and US soldiers, and the refugee organisations set up to help the many, many refugees with their journey and with tracing family members. Against all the odds, capture, betrayal, hunger, tiredness, illness, orders to return to Poland, and travelling by foot, lorry, and even canoes, they are reunited with their parents in Switzerland.

The Silver Sword by Ian Serraillier, first published in 1956 by Jonathan Cape. US title Escape from Warsaw. Puffin Books in 1960.

The Ungrateful Refugee by Dina Nayeri

She left Iran in 1988 with her mother and younger brother. This is an account of how they arrived in Oklahoma, and how they each made a life for themselves. She also tells the stories of some more recent refugees and of their experiences. She raises many important and interesting questions about fitting in, and what the host country owes to the new arrivals, and the terrible toll of hostile environments in Europe.

The Ungrateful Refugee: what immigrants never tell you by Dina Nayeri, published in 2019 by Canongate. 370pp

The German reporter, Wolfgang Bauer, experiences the terrors of the Mediterranean Sea crossings for himself. The reality of the risks, the process and the dangers of the voyage are explored, including the role of the ‘middlemen’ and their business structures. He also tells the stories of other migrants who make the journey, some successfully.

Crossing the Sea with Syrians on the Exodus to Europe by Wolfgang Bauer, first published in German in 2014. English translation with update published by And Other Stories in 2016. 122pp. Translated from the German by Sarah Pybus. Photographs by Stanislav Krupar.

As told to others

Some experiences of seeking asylum, or of meeting refugees, are so hard that they are best told by others. Refugee Tales have now issued three volumes of stories, which make it evident that the attempts to dissuade asylum seekers are contributing to their suffering, especially when it involves detention.

Many people’s lives are blighted by the UK’s response to those who seek safety in Britain. There are the professionals and the enforcers, the victims and their friends, the volunteers, the health professionals etc etc.

The first volume was published in 2016. The collection was produced by the Gatwick Detainees Welfare Groupwith stories and other contributions from writers such as Ali Smith, Chris Cleave, Marina Lewycka, Jade Amoli-Jackson, Patience Agbabi.

The principal intention of Refugee Tales was to help communicate the scandalous reality of detention and post-detention existence to a wider audience and in the process to demand that such indefinite detention ends. (Afterword 143)

The first aim was successful, but unfortunately indefinite detention is still with us.

The second volume was published in 2017. When I wrote about it, I focused on the abuse of Human Rights that is indefinite detention. Here’s the link.

And in June 2020 I was moved to action by the third volume. I raised money for the group by walking across 25 bridges. In that post I recommended six things that could be done to support the cause.

One of the accounts that stays with readers is this tale of ordinary Italians who came across the most awful scene while out sailing. The optician believes that what he and his friends did is what everyone would do. There are countless stories of selfless and generous behaviour towards the migrants as they land or are rescued from the sea around the islands of the Mediterranean.

One of the best ways to introduce people to experiences they do not meet in person is through fiction. Here are four novels that explore different aspects of refugees and their experiences in today’s world.

Go, Went, Gone by Jenny Erpenbeck, (2017) translated from the German by Susan Bernofsky

The Refugees by Viet Thanh Nguyen (2017)

Dina Nayeri wrote a piece about books on the refugee experience in the Guardian in September 2019. You can find it here. 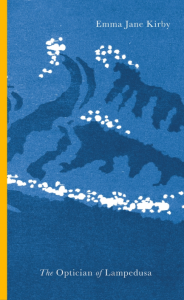 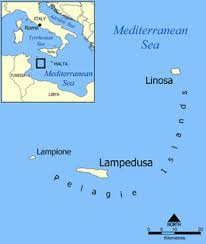 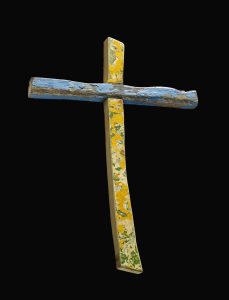 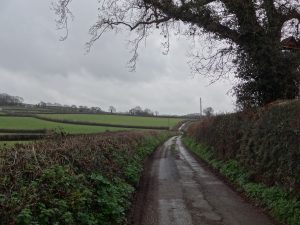