The Killing of Bobbi Lomax by Cal Moriarty

Three bombs exploded within 24 hours, even before this book started, and a fourth on page 158. Who on earth wanted at least four apparently unconnected people killed in Canyon County in 1983? 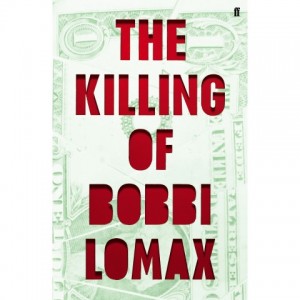 This is the first of Cal Moriarty’s ‘wonderland’ series. She is due for exposure in the Faber Crime series. She is a graduate of Faber Academy’s Writing a Novel course. As were SJ Watson, Before I go to Sleep and Rachel Joyce, The Unlikely Pilgrimage of Harold Fry.

Some of the plot without spoilers

I found the plot somewhat Byzantine and hard to get into, but after a few chapters I got the hang of the main issues and the structure. We are in 1983, in the US, in a remote city dominated by a mysterious cultish organisation called The Faith. Like many cults they have enemies (including a breakaway group called the Real Faith) and a history to give the ruling fathers authority, the very creepy Order of the Twelve Disciples. As with many faith-based movements, their claims to power are founded in the documents that have survived from their past. It is upon this that the plot turns.

And being 1983 there are no mobile phones (only pagers) and no helpful internet. So our detectives have a great deal of legwork to do. We are helped to understand their quest by following their investigations in the 5 days after the third explosion. But also by an interwoven plot thread that follows one of the bomb victims from the summer of the previous year.

Some of the characters are easily recognizable as inhabitants of planet US police fiction.

But there are some interesting and original plot details.

Actually this last element stretched my credulity too far. The story did not require Mesmerism, it could have stood up without it.

Having managed to keep the story, including the plot against the Faith, clear in my mind I was sorry that I did not find out what happened to the good guys: the two detectives and the redhead. In the postscript Abraham City, several years later there is no mention of them. They are no doubt being saved for the sequel, after all, as a result of the events in the novel The Faith is …

Come on Faber! The author’s name should figure prominently on the cover. On my uncorrected proof copy it can only be found among the blurb.

Good luck to Cal Moriarty. The Killing of Bobbi Lomax demonstrates that she has a good line in inventive crimes to be solved by an educated and troubled detective. The internet reveals that she has worked as a private eye and that a second ‘wonderland’ novel will appear.

Cal Moriarty, The Killing of Bobbi Lomax. To be published in May 2015 by Faber & Faber 335pp. My pre-publication copy was provided by the publisher.