Andrea Levy is best known for a novel that everyone should read: Small Island. Published in 2004, it won the Orange Prize for Fiction, the Whitbread Book of the Year, the Commonwealth Writers’ Prize and the Orange ‘Best of the Best’. It was also made into a tv series. More recently, 2010, The Long Song won the Walter Scott Prize and was shortlisted for the Man Booker Prize. 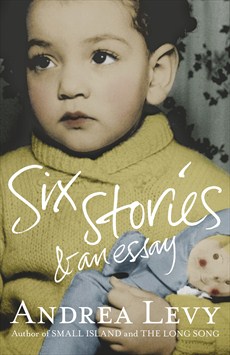 Six Stories & an Essay is her newly published book, October 2014. It is intimate, and lets us into her motivation and her development as a writer. She enrolled on a City Lit writing class. At the time she was starting out on a painful transition from being scared to call herself a black person to welcoming being called a black British writer. It was a difficult time.

Writing came to my rescue. The course had an emphasis on writing about what you know. So, nervously I began to explore what I knew – my family upbringing and background, my complicated relationship with colour. Thinking about what I knew, and exploring my background with words, began to open it up to me as never before. I soon came to realise that growing up in this country was part of what it meant to be black. All those agonies over skin shade. Those silences about where we had come from. The shame. The denial. In fact I came to see that every black person’s life, no matter what it is, is part of the black experience. Because being black in a majority white country comes with a myriad of complications and contradictions. It was writing that helped me to understand that. (11)

And she goes on to suggest that the black experience is part of a largely unknown, or forgotten or denied aspect of Britain’s life. She concludes the essay with these words

My heritage is Britain’s story too. It is time to put the Caribbean back where it belongs – in the main narrative of British history. (19)

She has already got this project underway. Small Island is about the period when the peoples of Britain and the Caribbean began to develop shared history here in Britain, the period from the Second World War on. The Long Song is set in the time of slavery in the Caribbean. They offer hard lessons about the intersection of British and Caribbean histories at the same time as reminding us of heartening human qualities. 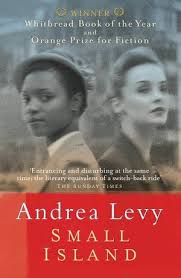 This collection also explores the histories of peoples in the Caribbean and in Britain in the last 100 years. Uriah’s War was the First World War. It follows two friends from Jamaica who joined British West Indian Regiment and fought in Palestine and Egypt. The dominant version of this war is of the British Tommy fighting in the trenches, a version that ignores the considerable sacrifice of people from all over the Empire, and of women in the war. (I wrote about remembering women poets in a post called Women’s Poetry in the First World War. Lest we forget!)

Other stories refer to other people who are less powerful in our society and we would like to ignore, forget or deny, especially children in poverty (Deborah), newly arrived immigrants (The Empty Pram and That Polite Way That English People Have) and refugees (Loose Change). As a first step communication or a shared language is important, a theme of The Empty Pram and February.

I welcomed the insight into Andrea Levy’s development as a writer. She read the short story called The Diary aloud to the City Lit writing class.

At last I could get my own back, I thought. But what I really enjoyed as I read it out was that people laughed. It was much more satisfying than the revenge. And once I’d made them laugh they seemed more open to what I had to say. I have never forgotten that. (23-5) 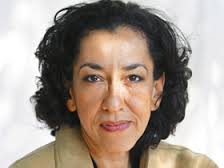 So if what I have said about the stories suggests that they are rather earnest and political, I should point out that Levy has a delightful lightness of touch, a humour that readers of Small Island will recognise. Here is the ending of the story in which the narrator, newly arrived in Britain, has tried to explain that she was bringing the baby back to his mother and is finally understood to be a rescuer not a kidnapper.

My wrist was released and the mother of the baby, who was smiling now, said, ‘Thank you for bringing her back. But you should have told us what happened.’ Then all three women began patting me like a dog – on the shoulder, on the head – as they discussed together whether I would like a nice cup of tea.’ (102) 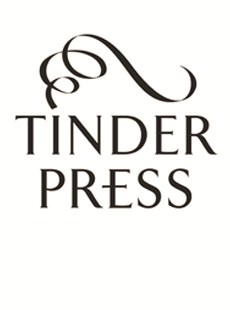 One final point about this book. It is published by the independent publisher, Tinder Press (a new imprint), who have produced a lovely hardback book, with beautifully tactile paper, and included photographs to match the stories – it’s an object of pleasure.

Six Stories & an Essay by Andrea Levy is published by Tinder Press at £12.99 in October 2014. Thanks to Tinder Press for the review copy.