The Public Library by Robert Dawson

I find myself recently buying a few large books for leafing through. First it was one about women’s sheds: A Woman’s Shed by Gill Herz, photographs by Nicolette Hallett. The second featured the covers of Jane Austen’s novels in the last 200 years: Jane Austen Cover to Cover by Margaret C Sullivan. And then it was the subject of this post: The Public Library: a photographic essay by Robert Dawson. 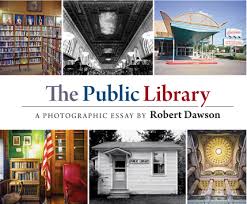 I couldn’t resist this one having read a post by Maria Popova on the blog On Brain Pickings. You can read the post here and consider whether you would have resisted.

The Public Library has a foreword by Bill Moyers, an afterword by Ann Patchett and other contributions from Isaac Asimov, Barbara Kingsolver, Anne Lamott, Dr Seuss, Charles Simic, Amy Tan and others. So many notable American writers, all reflecting on the wonder that is the public library. 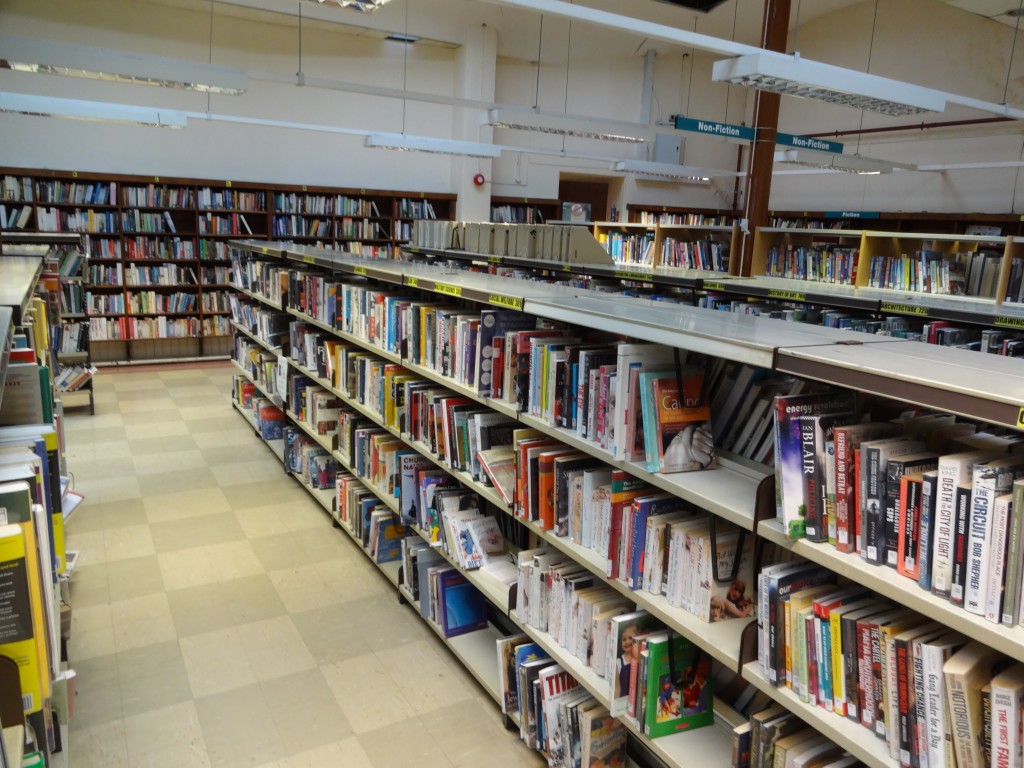 A locally governed and tax-supported system that dispenses knowledge and information for everyone throughout the country at no cost to its patrons is an astonishing thing – a thread that weaves together our diverse and often fractious country. It is a shared commons of our dreams, our memories, our culture, and ourselves.

The project for his book is described at the start of chapter one:

The photographs in this book are intended to be a broad study of public libraries in America over an eighteen-year period. There are approximately seventeen thousand public libraries in the United States, and I tried to include the broadest range of them possible. My photographs capture some of the poorest and wealthiest, oldest and newest, most crowded and most isolated, even abandoned libraries. (13)

And so, what we get is 185 pages, most of them with B&W and colour photographs, showing the reader (the leafer-through) a very large variety of libraries – from the classical monumental building of The Handley Regional Library, Winchester, Virginia to the ‘Little Free Library’ in a replica of a school house on a post (think bird table) in Hudson, Wisconsin via the seed and tool libraries of California. Little Free Library is a community movement and you can find out more about it at www.littlefreelibrary.org I counted 15 in the UK on the website, but none near me in the South West.

A selection of libraries from the book

In the Main Library, Salt Lake City, Utah hangs a sculpture called Psyche, made of nearly 1500 small sculptures of books forming the shape of a head (p132). 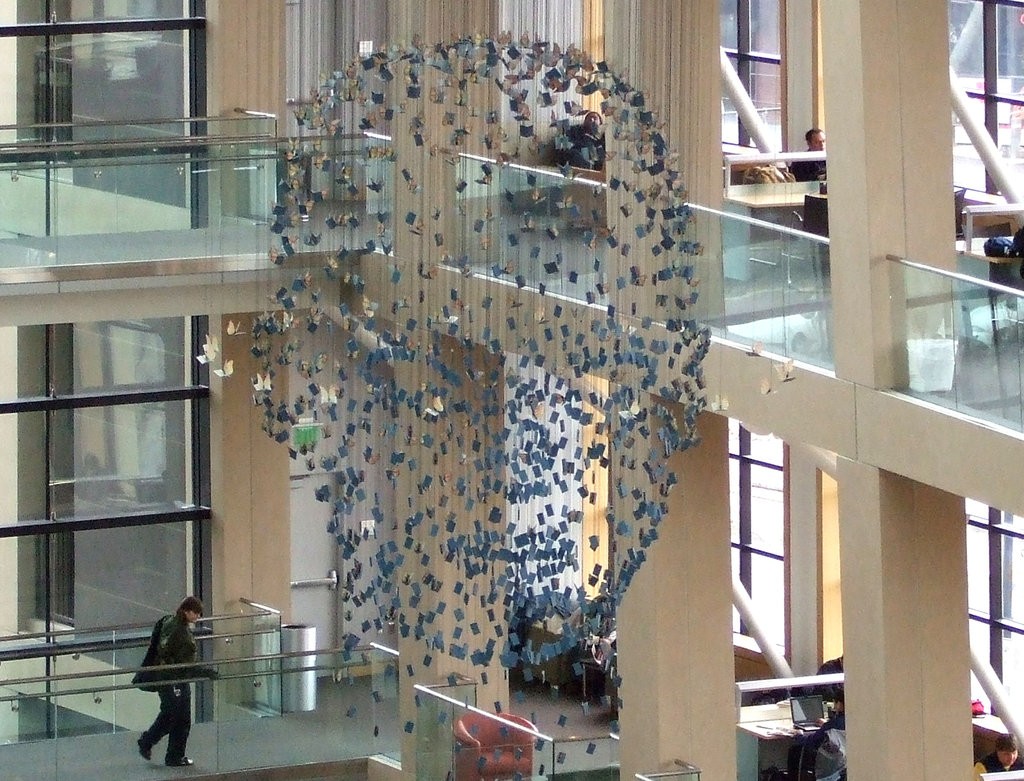 Caliente branch library is situated in a former Pacific railroad station, in Nevada (p150). You can find libraries in a former gas station, bank, court house and church. A Library shares space with a liquor store in Minnesota.

In Enoch Pratt Free Library, Baltimore, Maryland there is a chess room (p47)

In praise of the public library

And perhaps the story that resonated most with me was Anne Lamott’s account of the direct action by writers and readers in Salinas California when they heard that all three of their libraries were to close due to budget cuts. They held an emergency 24 hours read-in by a group of actors and writers. The press coverage brought in enough money to keep the libraries open for a further year.

This is what she says about librarians.

I see them as healers and magicians. Librarians can tease out of inarticulate individuals enough information about what they are after to lead them on the path of connection. They are trail guides through the forest of shelves and aisles – you turn a person loose who has limited skills, and he’ll be walloped by the branches. But librarians match up readers with the right books: “hey, is this one too complicated? Then why don’t you give this one a try?”

Something has gone so wrong in this country that needs to be fixed, and we care about that. Books and reading are medicine. Stories are written and told by and for people who have been broken, but who have risen up, or will rise, if attention is paid to them. Those people are you and us. Stories and truths are splints for the soul, and that makes today a sacred gathering. Now we are all saying: Pass it on. (166)

Related post: Anne Lamott’s advice to writers: A Visit from my Inner Critic

The Public Library: a photographic essay by Robert Dawson published by Princeton Architectural Press in 2014 192pp