Elizabeth David’s books in the Kitchen

We have reached the 1950s in the Decades Project featuring non-fiction by women from each decade of the 20thCentury. In the 1950s the effects of the Second World War still dominated women’s lives. In peacetime they were encouraged to return to the domestic sphere, give back their jobs to the men, and to have babies – this was the time of the Baby Boom. But this was also a time of austerity, rationing and recovery. 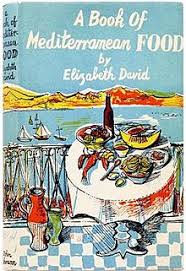 Into this drab, domestic world came Elizabeth David with A Book of Mediterranean Food  (1950) followed by French Country Cooking (1951) and then many, many more books that helped change eating and shopping habits up to today. 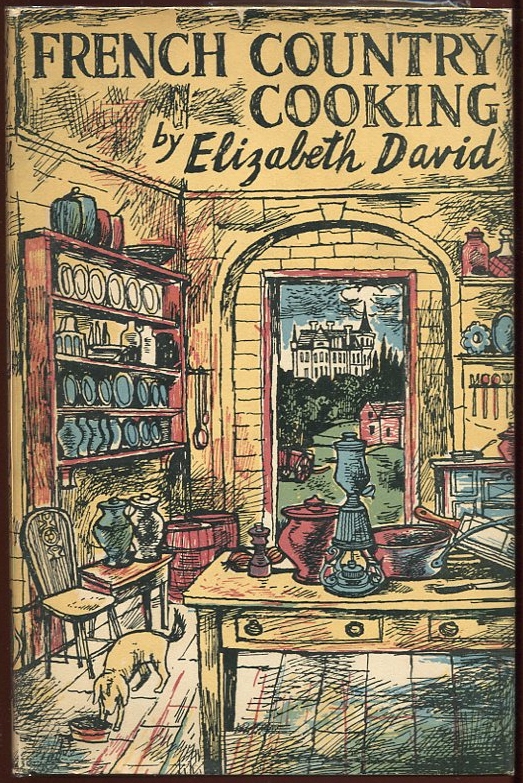 Elizabeth David lived a rather racy life in her youth. Born into a wealthy English family in 1913, she grew up as something of a rebel. She studied art in Paris in the 1930s and spent some time as an actress. When war came she left Paris in a boat with a married man, narrowly escaping capture by the Germans. She spent most of the war in Cairo, running an information library, and met her husband there.

After the war she returned to England, and to her husband, and began her distinguished publishing career. Her innovations included a rather loose style for her recipes, indeed someone has said you should read her cookery books as you read short stories. Although criticised for presenting impossible recipes she claimed to have tested every one herself. 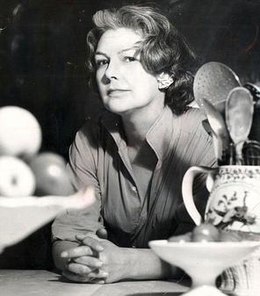 She is chiefly remembered today for introducing some colourful, flavoursome but unknown or uncommon foods into the drab and dreary kitchen of her readers. Ignoring austerity and rationing and the scarcity of some of her ingredients she recommended Mediterranean vegetables and fruit, new methods of cooking, and wove stories of markets, her experiences of the cuisines of families with whom she stayed, and brief explanations of cooking processes.

Her ideas benefited from the end of rationing and the growing habit of taking holidays on the continent, experiencing the French markets (see below) and restaurants for example. While she initially influenced those with money, eventually the foods she advocated found their way into supermarkets and high streets. 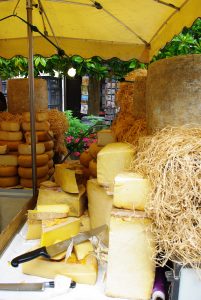 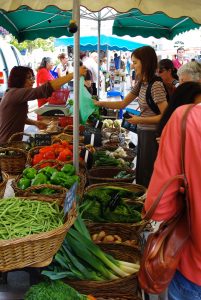 Some examples from her books

Outside the vegetable stalls are piled high with Breton artichokes, perfectly round with tightly closed leaves; long, clean, shining leeks; and fluffy green-white cauliflowers. At the next stall an old country woman is displaying carefully bunched salad herbs, chives, chervil, sorrel, radishes and lettuces. So far, it could well be the central market of any one of a score of French towns. But when you get to the dairy stalls, then you know you could only be in the astonishingly productive province of Normandy, where you buy the butter of Isigny and of Gournay carved off a great block, where bowls of thick white cream and the cheeses of Camembert, Livarot, Neufchatel, Pont l’Eveque, Rouy, Isigny, and a dozen other districts ooze with all the richness of the Norman pastures. (31, French Provincial Cooking  – 1960)

I know this scene. I was in Rouen market in early June. This passage was written in the late 1950s. I was visiting sixty years later in 2018. 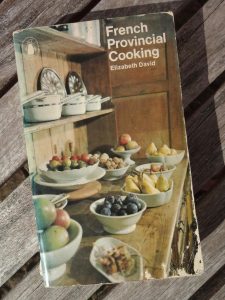 I wish I knew who was the genius who first grasped the fact that Piedmontese rice was ideally suited to slow cooking and that its particular qualities would be best appreciated in what has become the famous Milanese risotto. (123, Italian Food  – 1954)

… I first had these little soufflés at a lorry drivers’ restaurant about three miles from the Pont du Gard. NB Bookword recommends these as ideal for gardeners suffering those courgettes gluts.(234-5 French Provincial Cooking)

This old-fashioned French soup is the cheapest and one of the nicest of all vegetable soups. 1 lb potatoes, 3 carrots, 2 large leeks, 1.5 oz butter, 2 pints water, seasoning. To finish a little cream, parsley, or chervil when available. (198, French Provincial Cooking)

Although she died in 1992 her recipes and descriptions are still valued. My copy of French Provincial Cooking  (1960) needs a stout elastic band to keep the pages together. My first copy was given away as a duplicate when I was married. The current one is in fact my second copy. In 2013 the Guardian ran a feature in which chefs and food writers chose their favourite Elizabeth David recipes,  and explained how they worked. Her books are still in print.

There are currently nine books by Elizabeth David published by Penguin Books, including all the ones mentioned in this post.

The Diary of a Young Girlby Anne Frank(1947)