Does Unsheltered live up to the high standards of her previous books? We have come to expect a great deal from Barbara Kingsolver following the success of the novels she has published since The Poisonwood Bible. In particular, Flight Behaviour was considered a great success by my reading group. We all found something to admire in the story of Dellarobia and her family’s struggle against rural poverty. And in the warning of the changed behaviour of the monarch butterflies.

We discussed Unsheltered recently and some of the group were disappointed; it was too dry, too close to home, they found splitting the stories across two time zones was irritating, and some of the characters were like cardboard cut outs … And because there was also plenty to like and admire, we had a good discussion.

The title seems awkward, Unsheltered, but this is new condition that requires a new term. At least it is new to the ordinary middle classes in the US, Barbara Kingsolver suggests. Both sets of characters, present day and in the 19th century, were finding themselves without protection in Vineland, Pennsylvania. Both lived in unsafe houses that were falling down. They were literally threatened with losing their shelter. But they were also unsheltered, unprotected from irrational beliefs, irrational policies, and new conditions. For me, the dual timeframe provided hope. However strange and dangerous our world today we should take some courage and hope by remembering that in times gone by people have coped with this kind of threat, not always well, but they coped.

The two stories, two timeframes intertwine. In the present day Willa and her family have been forced to move into a house that is falling down in Vineland. They find themselves challenged on multiple levels. Willa’s husband Iano had finally achieved tenure, permanent employment much sought after in American academia. But his college closed. He has to take a demanding but less intellectual post in Philadelphia.

Willa lost her job in journalism and is finding freelance work beyond her because of other family needs. These include a house that is falling apart. Her son Zeke, in Harvard, is a new father but his wife commits suicide and Willa must help with the care of the baby and the recovery of her son. Tig, her daughter has returned from time spent in Cuba but she is a mystery to her parents and seems not to have found her way in suburban life. Willa’s father-in-law is staying with them, sick with diabetes, a stroke and revolting opinions. The family dog is also approaching her last days. There appears to be no solution to the multiple complications being experienced by this family. Traditional resources for middle class families have been eroded: access to affordable education, steady employment, secure accommodation, health insurance, career paths for the young. All gone.

The second story focuses on Thatcher Greenwood who is a teacher in the 1870s in Vineland. He is newly married to a beauty, Rose, who is not interested in his scientific pursuits. He meets (the real life) Mary Treat, next door, who is in contact with Darwin and other evolutionists. Vineland has been set up as a model town but is in the clutches of its founder Landis. Although Landis claims that he had created a utopia, its rotten core is revealed when Landis is acquitted of the murder of a prominent critic of his controlling practices. His acolyte the headteacher rejects evidential science and makes life difficult for Thatcher in the school where he teaches. The parallels with today are obvious and real.

Underpinning both stories is the wonder and fragility of the natural world. Thatcher Greenwood and Mary Treat are uncovering the marvel of the flora around them through an understanding of the new theories of evolution and they are also contributing to the development of the new ideas and theories.

In the present-day story the characters are facing the climate crisis. It is Tig who speaks for the future. She and her mother are sitting in the cemetery where they have deposited some of the ashes of Willa’s dreadful father-in-law.

‘It’s so scary. It’s going to be fire and rain, Mom. Storms we can’t deal with, so many people homeless. Not just homeless but placeless. Cities can go underwater and then what? You can’t shelter in place anymore when there isn’t a place.’ […]

‘I don’t mean to hurt your feelings, Mom,’ she said quietly. ‘You and Dad did your best. But all the rules have changed and it’s hard to watch people keep carrying on just the same, like it’s business as usual.’

Challenged to describe how people like them might adapt to living in the future, Tig provides some very down to earth examples and I suggest you read them. It’s the core dialogue of the book. Barbara Kingsolver is again warning us about the future towards which our actions and attitudes are impelling us. Our future will be without shelter, unsheltered, unless we change how we live, change the rules, all the rules.

I have long admired the writings of Barbara Kingsolver and was pleased to be introduced to her more than ten years ago by my sister. I especially enjoy the variety of locations and timeframes of her writing, which always illuminate pressing present-day problems and issues by reference to history as well as to what we see around us. All this is carried by a strong narrative about very authentic humans who we can recognise and perhaps identify with. It feels like she shares some of this territory with Anne Tyler.

And to do all this she must be an excellent researcher; Belgian Congo for The Poisonwood Bible (1998); Freida Kahlo, Trotsky and post-war America for The Lacuna (2009); the monarch butterfly for Flight Behaviour (2012). In Unsheltered she takes pleasure in revealing ‘a nineteenth century biologist whose work deserves to be better known’. (523) This is Mary Treat who really did correspond with Charles Darwin.

She also lives her beliefs. The book Animal, Vegetable, Miracle: a year of food life (2007) was written with her family. They moved from Arizona to a farm to live as sustainably as they could in Virginia, learning by working with the community, as well as by drawing on the family’s experiences.

Unsheltered by Barbara Kingsolver, published in 2018 by Faber. 524pp

Have you ever started a new reading or book group? What was your experience? We have found it challenging, so I give you our story and ask for your comments and advice. 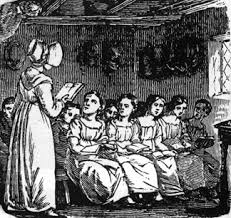 Established readers of this blog will know I moved to Devon just over a year ago. I had got the number of unpacked boxes down to 100, so I met with my daughter to discuss establishing a reading group in the area. I missed talking about books with friends and wanted to meet bookish people and to read books recommended by others.

My daughter knows more people in the area than me because she has lived here for several years. And she was now engaging with other mothers at the school and pre-school gates. She approached various people and suggested meeting once a month, in each other’s homes, at 7.30. The host would provide refreshments but not a meal. We decided on the dates of the first two meetings.

From the start all members were busy women, and it has proved difficult to establish the right practical arrangements. After a few sessions of changing the date and time and meeting place Anna suggested we set the dates and books ahead and keep to it even if people’s commitments changed. By that time we had enough members to see us through times when readers were busy elsewhere. 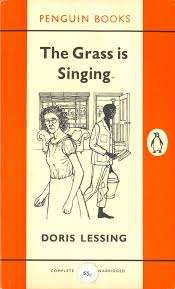 We wanted our first books to signal the seriousness of our reading. Doris Lessing had recently died and she won the Nobel prize for Literature. We began with The Grass is Singing. For me it was a re-read and my goodness I had forgotten but was soon reminded the searing sterility of the marriage at the heart of the novel, and the connections Doris Lessing made between the oppression of women and of the Rhodesian native black population.

The second book was meant to be a contrast: The Last Runaway by Tracy Chevalier. Our discussion about it showed that the group enjoyed up-to-date writing and could be critical. Our third book was Persuasion by Jane Austen.

Having read our three nominated books, the choice became dependant upon all members. We were, in the words of one member, ‘very polite’ about making suggestions for future reads. It quickly emerged that the group wanted variation: modern and older classics, lighter (but not too light) fiction, including translated fiction, as well as non-fiction and poetry. But nothing very long. When I asked group members last month about their observations for this blog most of their comments referred to the choice of books.

Another decision we reflected on was whether to have a closed group or not. We know of groups that have fixed membership, new members only being inducted when people leave. One reason for this is that the group’s books are supplied by the library in fixed numbers. We decided to remain open, and so far haven’t used the library to supply our books.

Benefits of the group

Why would busy people join a reading group, especially when they are frequently unable to finish the book before the meeting? One reason is that having the book group allows them to prioritise reading, gives them a little more incentive to find time and space for the reading.

Here’s a list of books we have read so far:

And here are our plans for reading in the next few months:

And in December we will have a Christmas feast and plan for next year.

It is very hard to establish a reading group. We keep going even if only two of us turn up, and so far that has worked. We have to recognise the busy-ness of our members. We have had a good discussions even with only two people.

What books would you recommend for a reading group such as ours as it approaches its second year? How do you choose?

What difficulties have you experienced with a book or reading group?

Some on-line resources for reading groups

The Reading Agency supports Reading Groups for Everyone.