What shall I do with the drunken story?

My short story is drunk and I don’t know what to do with it. Back when I merely dabbled in writing, I believed that my first version was it – a polished version straight off. Nowadays I have moved far, far away from this. I find it hard to stop editing. I usually tell myself to stop when I find myself checking the commas. But between the first version and that final comma, that’s where my problems lie.

It’s in its first draft this story. It is a kind of drunken version of what I imagined. Sober characters lurch about in the 2000 words, horizons shift with each paragraph, and people in the background are too loud.

I have five weeks to fix it. To start with, I could put it in the drawer with my novel (see previous post). Just for a week. But if I do that I think my novel would be so disgusted it would climb out and I wouldn’t see it again. I think I need to have a go at the draft and sort it out.

Can I get it to stand upright, or in other words, is there a story here?

There is a good strong idea, which also happens to have a good image at the core of the story. I have a narrative, but it feels choppy. So I need to check this: narrative + good idea = story?

To fix the narrative I could apply the famous eight point story arc. But I’d get squiffy thinking about stasis, trigger, quest, surprise, critical choice, climax, reversal and resolution. In fact I could use many of the 2000 words just arcing the thing.

I prefer to use the fairy story spine. You know, once upon a time there was a young woman called Tilly, who had lived with her aunt and uncle since her mother was killed in the Blitz. One day Tilly meets Henry and falls in love … So far so good. Because of that … Something a little bad needs to happen. It does. Then something really bad happens. It does. Until finally … And then Tilly finds she has obtained more than she expected but not what she originally wanted and she’s the better for it. They all live happily ever after (except Henry). I found the story spine idea in Jurgen Wolff’s useful book Your Writing Coach on p95.

I need to know Tilly a little better. It’s her story. I like to use character questionnaires to find out all those things that help imagine the character: big things like how old she is, the colour of her eyes, and little things like, what does she always have with her? And what gesture does she use? It helps that I like Tilly. I could use Jenny Alexander’s five points suggested on her blog Writing in the House of Dreams: name, appearance, something they love, and hate, a special object. What does this character keep in their pocket, a suggestion in a comment.

And I need to do the same with Henry. I’m not so keen on Henry. But he deserves to be authentic and full-bodied, all the same.

And I need to do a little more research on that period immediately after World War II. That wont be a hardship as I love researching, and that period is of great interest to me. I’ve just reread The Girls of Slender Means, by Muriel Spark, and noticed that she locates her short novel very precisely between VE and VJ Days. I need bomb damage and shortages and – you’ve heard this word recently – austerity. I must check out the details. 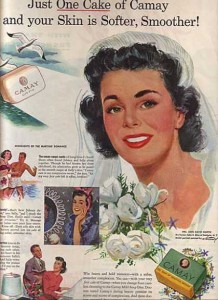 And then I can start on the adverbs, adjectives, nouns and verbs, in a close edit. I found the ideas of Noah Lukeman in The First Five Pages, very helpful in this respect. After all, a short story is the first five pages.

OK, the story feels a little less drunk. Now what next?

Well, of course, I could go and pour myself a drink and get going.