In praise of … word hoards

Words are the building blocks of speech and writing used by all people to make meaning. The words we speak and write are what writers must work with. We can play around with them, import some from other languages or invent new ones as Lewis Carroll famously did. Think of the runcible spoon.

So writers should occasionally think words, just words, to sharpen their skills. We need skill to put them together convincingly, in ways that enthral, please, make a case. One way I enjoy focussing on words is to compile a word hoard. I am inspired in this by other writers.

Robert Macfarlane, in many of his books, examines the details and grand sweep of the natural world and their meanings for humans, and he does this in prose that continually delights. At last I have got round to dipping into Landmarks. In this book Robert Macfarlane draws on writers of the natural world, such as Nan Shepherd (The Living Mountain) and Roger Deakin (Notes from Walnut Tree Farm). And he has burrowed into the languages of the natural world. He gives us eleven glossaries of landscape. Many of these words of are in danger of being lost. The final list is a ‘gift glossary’ of words sent to him since the publication of the first edition in 2015. 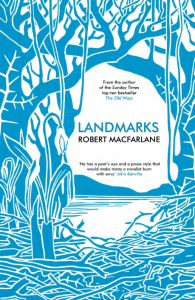 He describes his collections as word hoards. Many of them are local and precise words for phenomenon found in the landscape. I picked out some from Devon, where I live. I love the word ammil, which denotes a particular kind of frost, which edges leaves (p4). 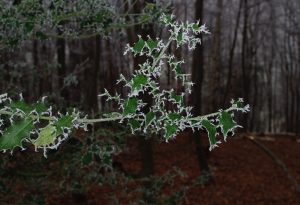 My mother brought to my vocabulary clart and clarty, describing mud, and I use it for that which sticks to my walking boots. She learned it in Cumberland, and Robert Macfarlane includes clairt, a Scots variation (p285). Exmoor folk use claggy. Another Devonian word in his hoard is dimmity, used to describe twilight (p223).

Many of the words in Robert Macfarlane’s collections are specific to location and reflect the need for precision in vocabulary in the wild environment. Others are necessary for the pursuit of a craft or skill, such as fishing, farming, woodworking. Words also reveal connections with ancient languages, Scandinavian, Gaelic, Latin or more modern scientific studies and poetic imaginations.

He quotes the writer Henry Porter who lamented the disappearance from OUP children’s dictionaries of words related to the natural world in an article in the Observer in December 2008:

euphonious vocabulary of the natural world – words which do not simply label an object or action but in some mysterious and beautiful way become part of it. (4)

euphonious is going into my word hoard.

It pays to increase your word power

While Robert Macfarlane’s book speaks to the mutability of language I think of my father. In a dispute about the meaning of a word, or on meeting an unfamiliar one, he would produce one of his two volumes of the Shorter Oxford Dictionary to settle arguments. To him, a scientist, meaning was fixed within the word. No amount of argument convinced him that words could change meanings. Even telling him that ‘presently’ in Shakespearean times meant immediately (ie in the present) while today it means the opposite, even this cut no mustard with him. And yet my father introduced me to Alice in Wonderland.

And what about those people who use frequently when they mean regularly and vice versa? Now I’m straying into pedantry. More objectively I think you can see the changing meaning of words in that exchange of terms. In 50 years regularly will always mean frequently. In principle I like the ways in which words’ meanings evolve, are connected to the lives we lead, even if the pedant in me mutters aloud.

I have been known to invent a word or two myself: a prongadang is the implement with which I operated the gas lighter on my cooker for many years. It was the handle of a wooden spoon should you ask for a description. I thought I had invented spruancy to describe a particular kind of dressing up, mixing glamour and showing off, but Google tells me that it is a Jewish word invented by British Jews. It’s a great word whatever its origins.

I am busy compiling my own word-hoard. It’s an idea I owe to Barbara Baig and her book Spellbinding Sentences: a writer’s guide to achieving excellence and captivating readers.

Good writers are people who love language; one of the reasons they write is that it gives them the opportunity to spend a lot of time with words. So they notice and collect words all the time, exercising and strengthening their word minds in the process. (28) 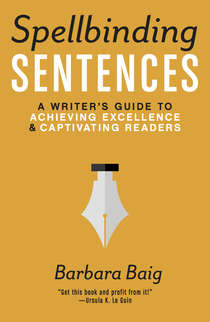 The writers I used to coach to improve their academic writing were always a little startled when I recommended a practice that might be called theft, except that words have no value if they are kept by just one person. Their value is in shared use. I pinched this from a professor of linguistics.

For years and years (and I still do it, you know) I used to read things not only because of the sort of stuff that was in it, so it wasn’t only reading for learning, but also for stealing stylistically. I ruthlessly exploited other people’s oeuvre as a source of inspiration for particular turns of phrase – especially in English, of course, which is my fourth language. But whenever I saw a beautifully worded argument or whenever I saw a nice turn of phrase or expression that I found appealing, I used to make a note of it. And I really collected it like a sort of butterfly collection – I still do, always with an explicit plan of, at some point, using it. I can say with confidence that I have used most of it. (89)

This is from an interview with Jan Blommaert, in Passion and Politics, academics reflect on writing for publication, (2008) edited by Eileen Carnell, Jacqui MacDonald, Bet McCallum and Mary Scott.

A writer who has consistently stretched my vocabulary is Virginia Woolf. I have enjoyed #Woolfalong in part because my contributions have required me to look closely at her use of language, her vocabulary in different books. Orlando, for example, revels in language.

I started with my hoard with:

Hoard, a noun and a verb, frequently found in relation to museum artefacts, and full of mystery. Hoarding implies secreting, storing, hiding. Why were these coins included in this hoard? Why were the items of value collected and hidden? What about the hack silver (another great word) found in a Viking hoard in Cuerdale, Lancs? 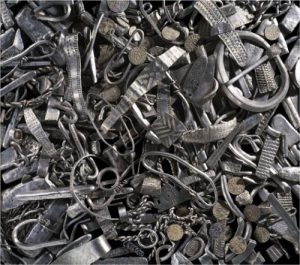 Runes, is another word in my hoard. It’s magical, as are all languages. Runes can conjure what is not there. It has a connection to the Vikings. The language of the runes is Old Norse, largely replaced by the Roman alphabet. Runes is a word that ripples on the page to connect with mystery, magic and olden times. 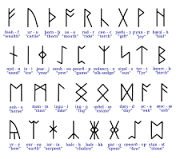 Lapis lazuli is also in my hoard. I love its sound and I love small samples of the mineral. But it is on probation at the moment. My experience in The Hermitage in St Petersburg was of lapis lazuli used in excess. In two rooms there were gargantuan, vulgar, displays. In each room two huge tables with green or blue lapis lazuli veneers were flanked by the most enormous urns, also covered in veneer. I guess Catherine the Great was only hoarding the stuff. 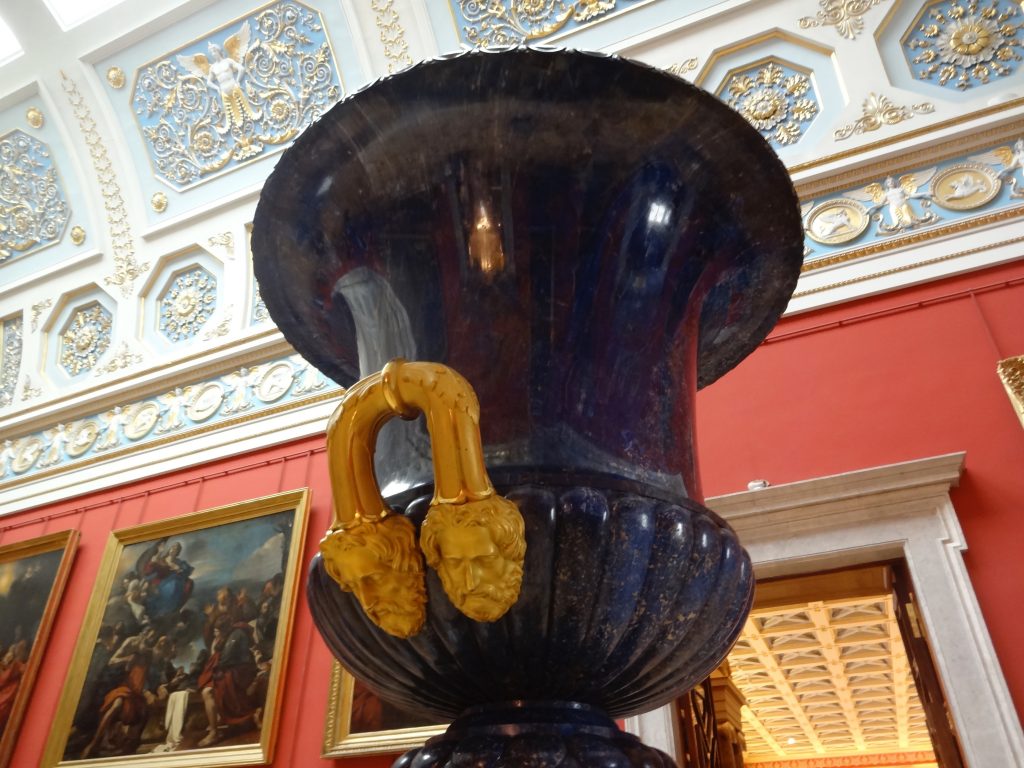 I have recently added euphonious (see above)

Words in my hoard have associations, and they need to be connected to meanings that carry integrity, or significance associated with the struggle for human rights, or with my other enthusiasms. So some place names sit, not happily, in my hoard: Nagasaki, Abervan, Gallipoli, Sharpeville, Chernobyl.

And I can’t get the surly bonds of earth out of my head, an earwig. John Gillespie Magee began his poem High Flight with these two lines:

Oh! I have slipped the surly bonds of earth,
And danced the skies on laughter-silvered wings;

His poem captures the exhilaration of flying, and the phrase surly bonds reminds us of our roots, grounds us you might say.

Given the nature of hoards, and specifically their association with precious metals and stones, I need a special notebook to hold my hoard. Dear Santa …

I think that’s enough of my hoarded words. How about a few suggestions from you?

Landmarks by Robert Macfarlane, published by Penguin in 2016 with an additional glossary. 434pp

Spellbinding Sentences: a writer’s guide to achieving excellence and captivating readers by Barbara Baig. Published by Writer’s Digest Books in 2015