The Vegetarian by Han Kang

It seems that to be a vegetarian is a challenge. I remember in the 1970s in Coventry where I was teaching the children at lunchtime would ask why I had a special meal, and then try and catch me out because it appeared to them to be unbelievable that I chose never to eat meat. I bet you eat fish and chips. No. Smokey Bacon crisps? No. And on Christmas Day, what do you eat then? I bet you eat turkey! This was usually delivered with a triumphant ‘caught you’ kind of voice. But I haven’t eaten meat for nearly 40 years. Not even on Christmas Day. Then for me as now in Korea for the main character in this novel. When Yeong-hye announced she would no longer eat meat it was regarded as a social transgression. Several people thought that her behaviour must be corrected. 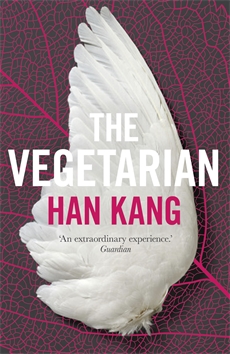 The story of Yeong-hye is told by three different people: her husband, her brother-in-law and her sister. Each one has a different view or need for her. Each one carries the point of view for a section.

The first section, called The Vegetarian, is narrated in the first person by Yeong-hye’s husband. He believes she is mediocre, malleable and no challenge to him. He married her on this basis, and her announcement that she will no longer eat meat brings unwanted changes to his life. He resents this for he sees her role only in terms of himself. In one of the most shocking episodes of the book the husband recounts, in a bloodless way, how Yeong-hye’s father strikes her twice and forces meat into her mouth, sparking her first psychotic episode. She cuts her wrist and is hospitalised. The husband makes no effort to intervene, does nothing to prevent the violence.

Her sister, Kim In-hye, visits the hospital in the section called Flaming Trees. Kim In-hye feels guilt because she did not prevent violence towards her younger sister in childhood as well as in adulthood. Although her marriage has finished because of the painting the body episode, Kim In-hye cares for her sister. She pays for the treatment and she visits periodically. Now it seems that nothing can be done for her, Yeong-hye wishes to become a tree. She does not want this life, but another.

There is rage in this book, resistance and revolt against conformity. It is also about the body and its meaning in relationships and to the individual. Expressing oneself physically is only allowed in certain ways, and not eating meat, cutting oneself, wishing to become a tree, hiding out in the woods – these things cannot be accepted from Yeong-hye. It is her sister who witnesses the second shocking attempt, this one by the hospital staff, to force-feed Yeong-hye to save her life. She questions whether Yeong-hye’s wishes should not prevail, even if she dies.

Yeong-hye’s only explanation for her vegetarianism is that she had a dream and she pursues her dream to become a tree as the novel progresses. Her decision provokes others to act upon her and her body. The more she withdraws from the world the more she is imprisoned within it: in hospital wards, by strait jackets and drugs and even trussed like a bird for roasting to transport her away from the psychiatric hospital.

While we have three voices observing and commenting on Yeong-hye, her voice is rarely heard except in a small voice or an animalistic howl.

Here is the opening paragraph of the novel. The words are Yeong-hye’s husband’s. So much information, so little affection or admiration.

Before my wife turned vegetarian, I’d always thought of her as completely unremarkable in every way. To be frank, the first time I met her I wasn’t even attracted to her. Middling height; bobbed hair neither long nor short; jaundiced, sickly-looking skin; somewhat prominent cheekbones; her timid, sallow aspect told me all I needed to know. As she came up to the table where I was waiting, I couldn’t help notice her shoes – the plainest black shoes imaginable. And that walk of hers – neither fast nor slow, striding not mincing. (3).

Later the writing becomes quite sensual. Here are the brother-in-law’s observations when he has first painted her body with flowers.

This was the body of a beautiful young woman, conventionally an object of desire, and yet it was a body from which all desire had been eliminated. But this was nothing so crass as carnal desire, not for her – rather, or so it seemed, what she had renounced was the very life her body represented. The sunlight that came splintering through the wide window, dissolving into grains of sand, and the beauty of that body which though this was not visible to the eye, was also ceaselessly splintering … (85)

The final scenes are vivid, disturbing and haunting.

The translator, Deborah Smith, has done an excellent job.

The Vegetarian by Han Kang published by Portobello Books in 2015. 183pp

You will receive emails about future posts if you subscribe by entering your email address in the box.

Reading habits in the UK do not embrace diversity. Notoriously we rely on English being a dominant world language, so books in foreign languages are left to students of languages and those strange bilingual people. Only 4% of fiction published in the UK is in translation. Books by women in translation form a disproportionately small percentage of that 4%.

Gender is only one aspect of this general lack of diversity. Most published fiction is written by men and reviewed by men (see the VIDA statistics for the figures for several prestigious review publications here and in the States over some years). Novels by and about people of colour feature less frequently in our reading. Novels that deal with sexuality, transgender, disability, age and any combination of those are rare.

Let’s praise those who are trying to bring more translated fiction to our attention. Peirene Press champions European literature, specifically novellas. I mention Peirene frequently on my blog because their books are beautiful objects as well as good reads, and subscribers are offered salons, supper club, newsletter and blog as well as three books every year. Their founder, Meike Ziervogel is also a published novelist: Magda, Kauthur.

Loving lists, I don’t hesitate to offer you the top 5 from Peirene’s List of 100 Translated Books Everyone Should Read, from their newsletter last year and chosen by readers. 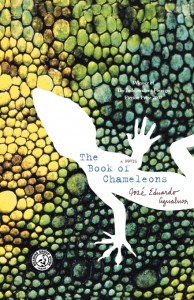 I’ve only read the second and third on this list and 17 of the whole 100. I haven’t even heard of some of the titles. The list reminds me of how much foreign literature I am missing and don’t know about. Only 11% of my fiction reading was in translation last year. I need to do something. 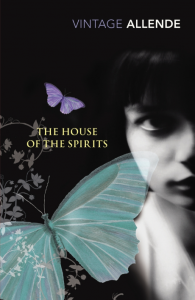 Meytal Radzinski has done a great job reviewing the figures for women in translation. She put up two posts on her blog: Biblibio Life in Letters in January. She looked first at publishers and in part 2 at languages and countries. Whichever way you cut the statistics they tell the same story. Books in translation by women only represent about 30% at best. And the year on year picture does not appear to be improving. People always dispute figures about discrimination and if you want to do this you can look at the figures and her analysis yourself. She is transparent about the figures and how she interrogated them. In a third post she challenges the publishers to publish more women writers in 2016.

What we can do

Seek out more foreign fiction in bookshops and encourage them to stock more.

Look at the Man Booker International Prize for 2016. Here’s a list of possible inclusions suggested from the blog Tony’s Reading List.

Take out a subscription to Peirene Press and receive three translated novellas a year.

You don’t have to wait for November to read and post more about books in translation, of course. Join me in April, when I am reviewing An Unnecessary Woman by Rabih Alameddie, the next in my older women in fiction series. And I’m extending my tbr list to include another from Peirene readers’ top five.

Any more ways you promote fiction in translation? Any recommendations for readers here and now? What is the best book in translation by a woman that you have read so far in 2016?