The Book of Memory by Petina Gappah

The author of The Book of Memory is not afraid of contradictions, starting with the title. Memory is both the name of the protagonist and – well you know what memory is – unreliable. Memory refers to it as ‘the treachery of my imperfect recall’ (267). Petina Gappah is also not afraid to be playful in this novel despite its grim location, Death Row in a prison in Zimbabwe, and Memory’s incarceration for the murder of a white man. Memory herself is a white black woman. As I said, contradictions! 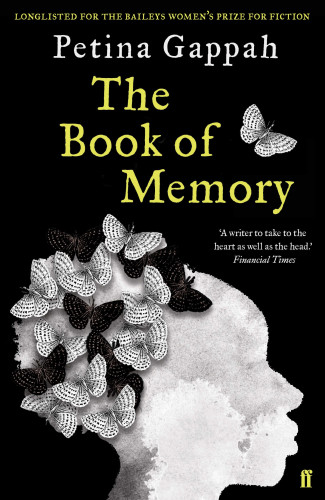 Memory is in Chikurubi Prison, Harare, in post-independent Zimbabwe. She has been sentenced to death for the murder of her adoptive father Lloyd, a white man. What we read is her account written for a journalist. The narrative follows the events within the prison as well as Memory’s childhood and the events that brought her to Chikurubi Prison.

She had a troubled childhood, brought up in a township. Her father works at home as a carpenter and does most of the childcare because her mother has serious mental health problems. Before the story begins her older brother has died, she is not sure how. Soon after, Memory’s youngest sister also dies.

Memory has her own problems, for she has been born with albinism and suffers from the torments of her fellow school students, the beliefs of many people that she has been touched by witchcraft, and her physical vulnerability to light and water.

Memory’s mother is unstable and joins church after church, usually to try to cure Memory’s albinism. Eventually a white man, Lloyd, gives her father money and takes Memory away to his home, Summer Madness. She lives with Lloyd for about 8 years, not understanding how such a generous man could do something as dreadful as buy her from her family. But she now can take advantage of living in the white area, of improved skin care and educational opportunities. She takes a lover, a beautiful Zimbabwean artist Zenzo, but when Zenzo finds his way to Lloyd’s bed she sends an anonymous letter to the police. Lloyd is imprisoned for two weeks. On his release things are bad between them so Memory leaves the country to study in Cambridge. After several years she returns and finds that Lloyd has forgiven her. The country is changing, becoming more troubled. In this heightened context, Memory returns home one day to find Lloyd dead. She is arrested and convicted of murder and begins her stay at the prison.

Questions raised by The Book of Memory

The reader is constantly faced with contradictions about identity and meaning in life. Memory is a black woman, and suffers racial discrimination as a result. But she is a white black woman.

Lloyd is a member of the privileged white hierarchy, but he is generous and liberal and does not share the macho posturing of typical Rhodesian white men.

The country of Zimbabwe is new and trying to move into its future, but many of the people are held back by the beliefs in spirits and fate that dominate, especially in the rural areas.

Memory is a highly educated woman, on Death Row. The Book of Memory captures the particular cultural mix and tensions that run through Zimbabwean society today and in the past.

Readers know that memory is imperfect and can cause the wrong meaning can easily be given to events. People who appear cruel may provide comfort; your family may have been more generous than you know; the violent death of a white man may be misinterpreted.

Responding to the writing

I found that the first part of The Book of Memory moved too slowly for me. Only gradually do we find out why Memory is in prison, about her albinism, about her family and its history and how it was that she was sold to Lloyd. While the framing of the novel leads the narrative drive, it also makes for much repetition about the present-day events in prison. From the point when she leaves her family to live with Lloyd the novel develops more pace.

There is a great deal of humour in this novel, despite its grim setting, and its grim subject matter. Much of this comes from the prison setting, especially the nicknames that prisoners and wardens are given. I am reminded of playful naming of people and places in We Need New Names (2013) by another Zimbabwean, NoViolet Bulawayo. The interactions are full of wonderfully inventive malapropisms. I love the idea of rigour motion, of saying reminded instead of remanded, and the expectation of Amnesty International after the election. And each misspoken phrase points to a truth, adding depth as well as humour to the to-and-fro of the women‘s conversations. The guard Patience is a particularly rich source of misspeaks.

Unlike the others, Patience prefers to speak to us in English. She is in training to be a court interpreter. ‘Irregardless of the absence of water,’ she says, ‘you should make sure the hoarse pipes are connected.’ (29)

I overheard Patience and Mathilda talk about a funeral Patience had attended at the weekend. ‘They tussled at the graveside, can you imagine. They fought until he fell in and smashed his head on the coffin, and just like that he was deceased. I have never seen such boomshit. We were all in mayhem.’ (112)

Much of the conversation between the women is conducted in Shona. The words are sprinkled in the text, and usually it is possible to understand the meanings from the context. Some of the words describe culturally specific concepts, such as the ngozi that pursues Memory’s mother as a result of an ancient vendetta between families. This ngozi is responsible for much of Memory’s suffering. 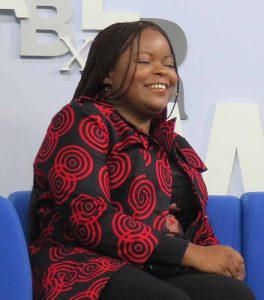 The author (born in 1971) grew up in Zimbabwe and later read law in various universities in Zimbabwe and Europe, including Cambridge. The Book of Memory is her second book. An Elegy for Easterly, a collection of short stories, won the Guardian First Book Prize in 2009. In 2016 Faber & Faber published another collection of her stories Rotten Row. 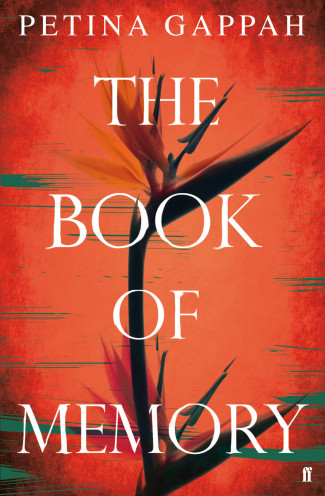 The Book of Memory by Petina Gappah, published in 2015 by Faber & Faber. 270pp. Short-listed for Baileys Women’s Prize for Fiction in 2016.