There are three authors of New Age of Ageing. I am one. I asked the other two to reflect on what writing the book meant to each of them. Eileen has gone on holiday, so her reflections will appear in July. Marianne writes about three things:

This is what Marianne Coleman wrote for Bookword blog: 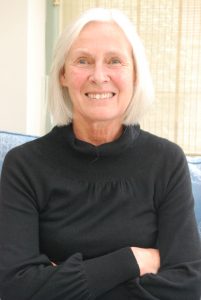 What about the ageing process? Most importantly there are all the implications arising from longer life expectancy and also there are changing and more youthful attitudes amongst older people. Both of these mean the following:

We need to think differently about ourselves, recognise that the balance of age groups is changing and then do some adjusting.

We have to make sure that old people are properly provided for to live a dignified and useful life, but also see that they are the most tremendous resource and that life in older age can be fun and exciting.

We need to drop our stereotypes around ageing, most of which revolve around decline and the end of a useful life.

The change in attitudes means having more flexibility about employing people, and recognising that older people contribute massively as volunteers in the charity sector and in supporting each other and their families.

Above all we need to recognise that older people are not separate or different from the rest of the population. It is not ‘them and us’, it is all ‘us’.

There are too many people who preach an opposite message of division between the generations even blaming older people for the economic and social problems of today. Constructive and clear sighted attitudes to older people, not blame, will help not only those who are old now, but those who will be old in 10, 20 or 50 years’ time. We need a new mind-set about ageing.

What about my own attitudes anxieties and concerns about ageing? I am the product of my time, belonging to a generation growing up in the 1950s and 1960s and our generation does not so willingly accept the stereotypes and expectations that are associated with ageing. Many of us see ageing differently now that we are those older people. Researching for and writing the book has given me even more of a perspective to stand back and see the changes relating to ageing in progress, and to recognise for example that beauty is not just in youth but also in maturity and decline. Dropping any lurking stereotypes about age, I have become less judgmental in the ways that I look at people of all ages. I can’t pretend that I have no anxieties about getting older. In common with the people we interviewed I am concerned about health issues and how they might impact on me and when.

One side benefit of researching and writing the book has been the opportunity to give some thought to death. Although we were interviewing older people about their attitudes to ageing it was surprising how little the topic of death came up. It seems that people avoid thinking about it and sometimes never discuss anything about it even near the very end of life. In one of the chapters I did write about death and what was said in interviews and in particular reading Atul Gawande’s book Being Mortal made me realise how important it is to be more open about this final stage of life and to talk to your family and close friends about what might be important to you at the end.

What about the process of writing? The best thing was the times that the three of us worked together to construct the outline of the book and then to fine tune it and finally to comment on drafts of chapters. This process only worked because we know and trust each other and have respect for what each of us says. Working together was creative and it was exciting to take an idea and expand it or make links that I had not seen before. The feedback on individual chapters was invaluable. It is very reassuring to be able to try out ideas and test them on your fellow authors. I wrote in a previous blog about the importance of feedback on drafts.

Not one but two books

Overall I can honestly say that writing the book was an enjoyable experience. But I am glad to take a rest, particularly as circumstances meant that at the same time that I was collaborating on this book I was also collaborating on a book on a completely different topic. That book is called Leading for Equality: Making Schools Fairer where my co-author is Jacky Lumby. I managed the process of writing two books at the same time by some careful timetabling and taking one chapter (of whichever book) at a time and seeing each chapter as a separate project. There were also times when there was a lull in the progress of one book as fellow authors had to turn their attention to other projects too. Writing two at the same time was challenging but very rewarding. The books are very different but both have fairness and social justice at their heart so the move from one book to another did not jar.

One problem now is that all the administration associated with book production (editor’s queries, questions about marketing the books, proofs etc.) is all arriving together. Still just take one thing at a time …

Getting feedback to improve our writing (May 2016)