Do you reread books? My lovely friend Eileen suggested this topic was a good one for Bookword blog. I thought she was right and with a little arm-twisting she agreed to contribute this post. We benefit from her research skills and her colourful use of pseudonyms. And she has referred to lots of great books – read or reread them!

Ladder of Years, by my favourite author Anne Tyler, was serialized on Radio 4 a few weeks ago and I thought ‘I must reread that’. I have read all her books, some more than once, and The Accidental Tourist many times. Do you have a favourite author or book that you come back to again and again? I wondered if other people are similarly addicted so I asked Caroline if she would write a blog about it. She replied ‘Why don’t you!’ (Note to self: Be careful what you ask for.) 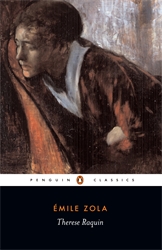 The book I read compulsively is Thérèse Raquin by Emile Zola. I first read it when I was 20, found myself reading it again at 30, and then kept going. You probably know the story – two lovers plagued by guilt – gripping stuff!

My next most often reread book is To kill a Mockingbird – such fantastic story telling and powerful themes. I’m not keen on stories from a child’s perspective but this one’s amazing. Have you seen the film adaptation staring Gregory Peck as Atticus Finch? Fabulous. 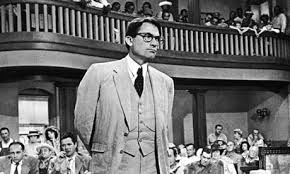 I also admit to rereading: Madame Bovary, Cold Comfort Farm, Gone with the Wind, Jane Eyre, Jude the Obscure and Far from the Madding Crowd – well anything by Hardy. And I’m planning to read H is for Hawk again soon. It’s such an exquisitely written book. Do read it if you haven’t.

In order to understand my predilection for rereading I asked 12 of my friends to consider the novels they have reread, why they do it and what they gain. I loved their enthusiastic responses and reminders of some excellent stuff.

You might want to consider your own responses before reading on? If so, Dear Reader, look away now!

It turns out that none of my friends reread books as often as me. Indigo was a bit indignant: ‘I have never reread a book. I don’t have the time and there are so many other books I want to read’. Would that be your reaction? About six of my 12 buddies agreed to some extent including Marigold: ‘I always feel I don’t read enough and feel like I’m wasting time if each read isn’t new’. But she often rereads poetry and short stories such as those by Raymond Carver, Alice Munro, Muriel Spark and Ali Smith. And she added: ‘I have reread The Summer Book a good few times – I find it subtle, delightful and fresh each time’.

Violet told me she has only ever reread one book. If you were going to pick just one which one would it be? For Violet it was Pride and Prejudice, which she would happily read again:

I read it once at school as a set text with no appreciation, watched the various films and then reread it a couple of years ago. That brought both enjoyment and a deeper appreciation of Jane Austen’s craft. The opening sentence is a total triumph and she manages to maintain her skill throughout the book.

She surprised me by saying that when she has greatly enjoyed a book she rarely reads a second one by the same author: ‘… that may seem odd. Perhaps I feel it sets the bar too high’.

The prospect of disappointment was also on Carmine’s mind: ‘If I really enjoyed something, I don’t want to read it again in case I don’t enjoy it as much’. Magenta agrees especially after her experience of rereading Lawrence Durrell’s Alexandrian Quartet:

I picked up the first book, Justine, and it seemed so dated.  I am definitely not the 18 year old that read it in the 1960s. It just didn’t speak to me as it had done. I did not finish the first volume never mind the four. I would rather leave the good memories.

People of a certain age, like me and my mates, like to reread to gain new perspectives on books read in their youth. Carmine spoke about this in her reply saying there was bound to be things she’d missed in the first reading. The example she gave was I Know why the Caged Bird Sings. Yes, I agree. That is worth another look.

Ebony loved reading the following eclectic mix in her teens: Hundred Years of Solitude, Death in Venice and On the Road. These had made a real impression and she wondered if they still would.

Rereading them reminded me of ways of thinking and of expressing ideas that struck a chord. These books shaped my thinking and I was curious to see if I still thought they were relevant and inspiring. They were, which was reassuring.

Blanche reread Henry James’s Portrait of a Lady for a similar reason. When she first read it in 1978 she found there was much that related to her feelings: ‘Rereading was a different experience as I was not identifying with the character and so appreciated it in a new way’. Sapphire mentioned the need to reread a book straight away in order to grasp its meaning: ‘As soon as I finished The Sound and the Fury I reread it. I understood it the second time!’

Exploring far off countries and cultures was important. Jade had reread three particular books that gave her insights into places she liked or wanted to visit – A Town Like Alice by Nevil Shute, Cache Lake Country by John Rowlands and Cider with Rosie by Laurie Lee.

Ruby spoke about her passion for Barbara Kingsolver’s books, rereading to psych herself up for travelling. I savoured her reply: 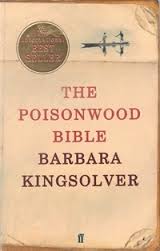 I bought and read The Poisonwood Bible voraciously when it was first published in Blog.doc paperback in 1999, because I’m a big fan and am always impatient for her next book. I reread it before my trip to Mali in 2007, to get me in the mood for Africa. (OK, so Mali is in West Africa and The Congo is in Central Africa, but there are commonalities: we’d be travelling by pinasse on the Niger River, the women wear similar combinations of brightly coloured cottons as body and head wraps, carry their babies on their backs, sell similar goods in the markets, etc. Both countries struggle with poverty and instability.) More recently, I read it for the third time just prior to seeing Barbara Kingsolver discussing the book with John Mullan, and I now have my copy signed! It’s not an enjoyable reread but I valued and savoured it more.

And for those who write themselves there is another purpose for rereading. I was intrigued by Marigold’s comments about The Accidental Tourist. She saw somewhere that it’s the perfect structure for a novel: ‘I started reading it with an eye on the structure and just ended up enjoying the minutiae’. Caroline’s research for her blog inspires her to reread. Her recent posts include: What Katy Did, Brighton Rock, A Passage to India and Love, Again. Another writer, Sapphire, says she studies high quality novels in great detail, reexamining each paragraph and sentence to appreciate good construction. 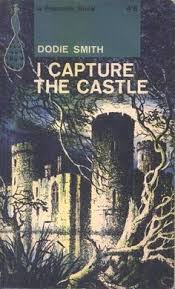 Loving the style, or the lifestyle depicted in particular books came up. Scarlet said she had reread Perfume by Patrick Susskind and Memoirs of a Geisha. She likes both because they’re visceral and experiential and she becomes completely immersed. And Jade said she had reread I Capture the Castle by Dodie Smith as she loved the lifestyle portrayed.

If you belong to a book club you might reread novels to prepare for the discussion as Caroline, Blanche and Magenta do. Caroline has recently reread The Awakening by Kate Chopin because someone mentioned it in a book group and so she wanted to look closely at that again. She returns to a book in order to read more carefully rather than relying on memory. She reads so much and so quickly that she doesn’t keep the story in her head for long. Blanche enjoys being a member of a book club to get her rereading. She still sees novels as a holiday luxury, despite retirement, filling her life with ‘doing’ things. Recognise that pattern? I do.

And, of course, new technology has an influence. Magenta says she now mainly reads on a Kindle and has a tendency to read quickly, almost skimming the book:

I don’t take it in fully on the first reading, so I often read a second time and then get a lot more out of it. I do that particularly with books that we are going to discuss in our book group. So that is a very pragmatic use of rereading that is done immediately rather than after a long gap.

Comfort reading – ah yes! Carmine said: ‘Another reason is to be taken to a place I know is OK and comfortable, when I don’t want to be challenged, like reading Alexander McCall’s books when I want something interesting but light’. And ‘for therapy’ Caroline reads Pride and Prejudice and Catch-22.

Last was rereading by mistake – starting a novel and then remembering it had been read before.

So, do you ever reread books?