Nothing Holds Back the Night by Delphine de Vigan

‘This is a story of luminous beauty and rambunctious joy, of dark secrets and silences, revelations and, ultimately, the unknowability of those closest to us.  An in the face of the unknowable, personal history becomes fiction.’ (From the blurb on the cover of Nothing Holds Back the Night.) This is as good a description as any of this prizewinning book.

Every month I read and comment on a book by a woman in translation. Mostly they have been works of fiction. This book is a mixture of fiction and non-fiction, an attempt by the French writer Delphine de Vigan to explain her mother’s life and death. 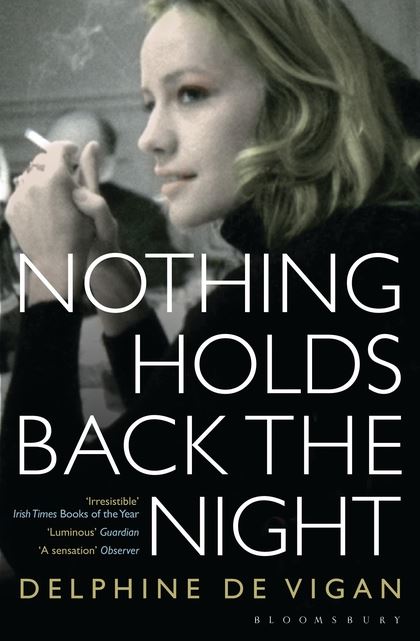 Nothing holds back the Night

Nothing holds back the Nightis an attempt to understand the life and death of the author’s mother, who she calls Lucile. Her mother committed suicide at the age of 62 in Paris. While a suicide often defines a life, in this case Lucile’s life appears to be shaped by her long history of mental ill health, bi-polar disorder. By setting her mother’s story within her network of relationships – family, lovers, friends, neighbours and work mates – Delphine de Vigan shows us so much more than one person’s life. We see how families and society respond and react to damaged people.

Delphine de Vigan was already a recognised writer when she decided to write this book. She drew on interviews with the surviving family members and friends, on documentary evidence including Lucile’s own writings, on a tv documentary made about the family when Lucile was a teenager, and from her own memories. That which she could not discover from these sources has been created by her. This means she is adding to the same family mythology to which she refers.

Every day that passes I see how difficult it is to write about my mother, to define her in words, how much her voice is missing. Lucile talked very little about her childhood. She didn’t tell stories. Now I tell myself that that was her way of escaping the mythology, of refusing to take part in the fabrication and narrative reconstruction which all families indulge in. (115)

She also wrote this book to get beyond the fear with which Lucile’s life infected her and makes her fear for her own family.

I am writing this book because I now have the strength to examine what troubles and sometimes assails me, because I want to know what I am passing on. I want to stop being afraid that something will happen to us, as though we were living under a curse, and to be able to make the most of my good fortune, my energy, my happiness without thinking that something terrible is going to happen to destroy us and that sadness is forever waiting in the wings. (231)

Born to French parents in 1946, Lucile grew up with a total of 8 brothers and sisters. She was the 3rdchild. She was 8 when a younger brother died in a terrible accident by falling into a well. The family were knocked sideways by his death. As the years went by death and suicide affected other siblings and friends.

The first part of this book recounts Lucile’s life in a big family. In a large family the dynamics are always changing, always difficult, always mediated by parents. Lucile was exceptionally pretty and used as a photographic model, especially in the commercial world. The family was in the public gaze but they were dominated by an opinionated and demanding father and a lively and loveable mother. There was never enough money.

It is likely that her father abused Lucile when she was a teenager, drugging and raping her. Lucile’s revelation of this event some years later was simply ignored by the family. Soon after the incident Lucile met Gabriel, fell in love, became pregnant, married and gave birth to Delphine. She was not out of her teens. A second daughter was born and later Gabriel left and Lucile brought up the children more or less alone.

The episode in which Lucile was hospitalised is horrifying. It was witnessed by 12-year old Delphine, who retells the events of her mother’s restraint and removal as she saw them. The children were sent to live with their father and barely saw their mother for a while. They were later reunited but the fear of a relapse was always present, even when the two girls became adults. After years of psychotherapy Lucile recovered enough to retrain as a social worker and develop a new life for herself. But the fear remained and ultimately she took her own life.

Of everything in this detailed book, this quotation from her own writing, in 1979, shocked me for what it reveals about Lucile’s inner life.

This year, in November, I will be thirty-three. A rather uncertain age, I think, if one were superstitious. I am a beautiful woman except that I have rotten teeth, which in a certain way I’m very pleased about, sometimes it even makes me laugh. I wanted it to be known that death lies beneath the surface. (213) 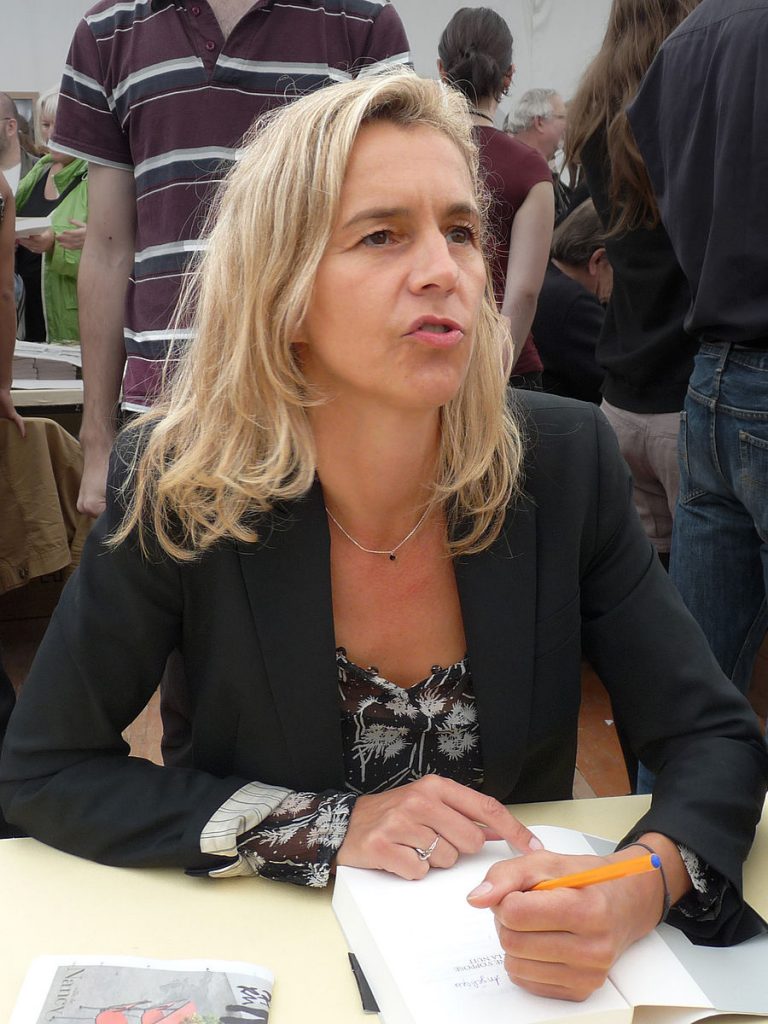 It is shocking, today, that Lucile’s revelations about her father, considered to be true by her daughter, were ignored, perhaps because they did not fit the family’s mythology. The book leaves the reader with a sense of sadness for Lucile, who suffered so much. And sad too for the others touched by her life, not least her two children. Yet Lucile died on her own terms, while still alive. It’s a difficult read, but one that honours its subject.

Notes of a Crocodileby Qiu Maojin, translated from the Chinese by Bonnie Huie.

Do you have any recommendations of books by women in translation? Next month (May) I plan to read Loveby Hanne Orstavik.

Nothing holds back the Nightby Delphine de Vigan, published in English by Bloomsbury in 2013. 342pp. Winner of the Prix FNAC and the Grand Prix des lectrices de ELLE.