I am passionate about both books and music. It’s hard to find music (classical) in novels, partly because it not easy to communicate what music does in words. Here are five novelists who have used music in different ways.

E.M. Forster A Room With A View and Howard’s End

EM Forster knew his Beethoven and in A Room With A View Lucy crashes through a Beethoven piano sonata revealing her romantic but unformed sensibilities. I’ve done that too! Lucy’s playing style provokes this prophetic observation by Mr Beebe:

‘If Miss Honeychurch ever takes to live as she plays, it will be very exciting – both for us and for her.’ (36)

Beethoven is there again in Howard’s End. Helen attends a concert at the Queen’s Hall.

It will be generally admitted that Beethoven’s Fifth Symphony is the most sublime noise that has ever penetrated into the ear of man. All sorts and conditions are satisfied by it. Whether you are like Mrs Munt, and tap surreptitiously when the tunes come; or like Helen, who can see heroes and shipwrecks in the music’s flood; or like Margaret, who can only see the music; or like Tibby, who is profoundly versed in counterpoint, and holds the full score open on his knee; or like their cousin, Fraulein Mosebach, who remembers all the time that Beethoven is ‘echt Deutsch’; or like Fraulein Mosebach’s young man, who can remember nothing but Fraulein Mosebach: in any case, the passion of your life becomes more vivid, and you are bound to admit that such a noise is cheap at two shillings. (p45)

There is gentle humour in this passage as well as skill. The sentence that begins ‘Whether you are like Mrs Munt …’ is very long, has great rhythm, near-repetitions and at the same time takes us into the characters of several people through their responses to the music. Margaret’s response is contrasted to Helen’s who sees heroes and shipwrecks. When I was much younger I used to listen to music as Helen does. Forster is saying something about Helen’s naivety. In the Adagio she hears goblins and a trio of elephants, and then comes the final movement. We are following Helen’s perspective now:

Beethoven chose to make all right in the end. He built the ramparts up. He blew with his mouth for a second time, and again the goblins were scattered. He brought back the guts of splendour, the heroism, the youth, the magnificence of life and death, and, amid vast roarings of a superhuman joy, he led his Fifth Symphony to it conclusion. But the goblins were there. They could return. He had said so bravely, and that is why one can trust Beethoven when he says other things. (p47)

A theme of the novel is the contrast between Margaret’s down-to-earth realism, and Helen’s more emotional impulses.

This is a historical novel, set in the Danish Court of King Christian IV in the 17th century. Peter Claire is a lutenist employed in the king’s small orchestra, who must endure the most bizarre and harsh conditions, playing in a cellar amongst wine and chickens. It is some time since I read this novel but I clearly remember that the king believed that the function of music was to bolster a sense of order. I am tempted to reread it now I have picked it up again. 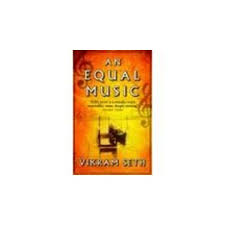 This novel tries to capture what is like to make music, in this case in a string quartet. At its heart is a love story, boy violinist meets girl pianist. We learn a great deal about rehearsing and performing in the quartet. I have the CD that complements the novel, containing the pieces to which it refers. What does it mean if the sound track is available alongside the novel? That the words cannot do the work of the music?

Reviews concluded that it is a flawed but interesting novel. See for example the review by Nicholas Christopher in the New York Times.

A full house, seen from the rear of the stage, at the Metropolitan Opera House for a concert by pianist Josef Hofmann, November 28, 1937 via Wikimedia Commons

The story, both vivid and frightening, follows a concert pianist, Isabel, who is very passionate and focused on her art and the meaning she makes from the nineteenth century canon, especially Schubert. On tour in Europe she meet Anzor, who is a mysterious Chechnyan. He is passionate too, but about the damage to the codes of conduct and honour of his people. The story turns violent. Isabel observes that we need to pay attention to the ‘unfinished provisional prose of life’, not cut ourselves off in music (however beautiful) or in violent nationalism. This novel questions the meaning of the creation of beauty and the forces of violence and passion.

Steven Galloway The Cellist of Sarajevo 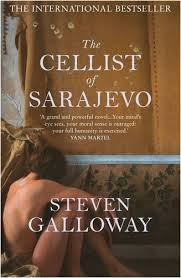 The cellist was a real person, Vedran Smailovic who played Albinoni’s Adagio for 22 days in honour of each of the victims killed on 27th May 1992 by a bomb at a bread queue during the siege of Sarajevo. The Adagio is a poignant piece of music, even if it is almost certainly not written by Albinoni. The novel The Cellist of Sarajevo is not about either the music or the cellist. The music stands for humanity in a dehumanised situation, crystallised by the cellist’s courageous act. Asserting humanity in the face of the destruction and moral decline of war is the theme of this novel.

While music is not a common theme in fiction, fiction certainly appears in music, notably in opera. The novels of Walter Scott are a frequent a source, and Dumas’s La Dame aux Camelias was the inspiration for Verdi’s La Traviata, to notice just two examples.

Do fiction and music mix well? What do you think?