Not need to shout. It’s only a movie. Reading the book, I am sure, was a better experience. It’s no recommendation to me that a novel has been adapted for the cinema. Movies generally speaking are likely to be less subtle and complex than the original text, because the contents have to be compressed into a continuous presentation of two hours or less. A novel can be experienced in a more selective, repetitive, episodic way, according to the whims of the reader. My experience of movies is of disappointment for the most part, and frustration with adaptations on nearly ever occasion. Here’s why I avoid them.

They are different things 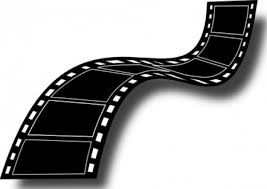 To start with, movies and books are different things. I have to ask: why make a film when you have a perfectly good book? Money, of course – none to be made from books without a film option. Annie Dillard suggests that movies have an irresistible attraction.

Films and television stimulate the body’s senses too, in big ways. A nine-foot handsome face, and its three-foot-wide smile, are irresistible. Look at the long legs on that man, as high as a wall, and coming straight toward you. The music builds. The moving, lighted screen fills your brain. You do not like filmed car chases? See if you can turn away, Try not to watch. Even knowing you are manipulated, you are still as helpless as the make butterfly drawn to painted cardboard.

This is the movies. That is their ground. The printed word cannot compete with the movies on their ground, and should not. You can describe beautiful faces, car chases, or valleys full of Indians on horseback until you run out of words, and you will not approach the movies’ spectacle. (The Writing Life p18)

Films and novels share storytelling, but they tell stories in very different ways, as Annie Dillard suggests. Hitchcock spoke about the adaptations of stories for film, referring to the ‘suitability of the language of cinema for the written word’. But it hasn’t stopped some writers writing with an eye on the more lucrative cinema audience. Annie Dillard is sharply critical and suggests that such an approach harms the writing:

Novels written with film contracts in mind have a faint but unmistakable, and ruinous, odor. I cannot name what, in the text, alerts the reader to suspect the writer of mixed motives. I cannot specify which sentences, in several books, have caused me to read on with increasing dismay, and finally close the book because I smelled a rat. Such books seem uneasy being books; they seem eager to fling off their disguises and jump onto screens. (The Writing Life p18-9) 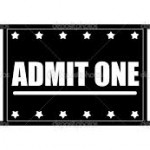 They may share storytelling but adaptations are often simplifications, with storylines adjusted or changed to appeal to movie audiences. Stanley Kubrick famously offended Anthony Burgess with his adaptation of A Clockwork Orange, which prevented general release in the UK for many years. Richard Matheson’s novel I am Legend has been adapted four times but never to his satisfaction.

I don’t know why Hollywood is fascinated by my book when they never care to film it as I write it. (See Joe Dunthorne’s article in Guardian in 2013.)

NOW A MAJOR MOTION PICTURE belittles the original. Here’s the cover of a copy of Sense and Sensibility that I own. The cover promotes the book through the film with its starry cast of great British actors. 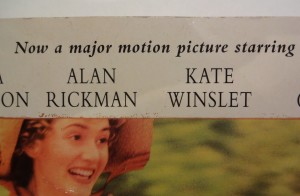 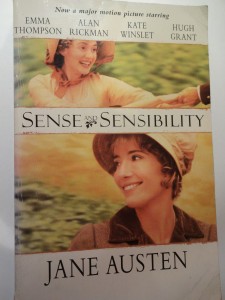 Movies don’t let you work very hard with your imagination. Richard Ayoade (director, actor and comedian) says that movie watchers and readers experience their media differently. He suggests that in reading you can identify closely with the protagonist, but in film the separation is increased by ‘a physical otherness’, especially when the lead actor is a star, known to be famous, wealthy, good looking, etc. (See Joe Dunthorne’s article again).

Films also have big landscapes, gorgeous scenery and fabulous clothes – suffused with a kodakifying glow. The movie Sense and Sensibility, presented as a bit of a rom com, takes place in continuous English summer sunlight. And in the opening sequence of the 2005 adaptation of Pride and Prejudice starring Keira Knightley, even the farm animals behaved picaresquely. And just in case you miss their emotional drive movies have music. Novels have words, plot and character development, descriptions, dialogue, no music.

Film adaptations can stunt the imagination, fossilise the experience of the book. A strongly expressed view in our reading group is that it’s best to avoid the film until you have read the book. We were discussing Julie & Julia by Julie Powell. But even reading the book first doesn’t avoid that. Jonathan Coe suggests that ‘adaptations of pre-20th-century novels on celluloid usually end up as mummification rather than reinvention’. Exceptions are Tony Richardson’s Tom Jones and John Schlesinger’s Far From the Madding Crowd although they are really sixties romps in period costume. (See his article Made for Each Other in the Guardian Review. And shouldn’t that be Henry Fielding and Thomas Hardy?)

It can be argued that films promote reading and add to the enjoyment of, say, JK Rowling and the Harry Potter series (involving classic British actors, of course.) But there is an argument that films stop people reading the original because the film adaptation is seen as a the same or an adequate substitute. Some people appear to get confused about reading and viewing. Have you had a conversation like this?

Me: Have you read We Need to talk about Kevin?

Which can only mean that the story is everything, and the medium is not significant. That all the work that Lionel Shriver put into it, all the craft, the skill, the detail, the nuances and complexity of being the mother of an unlikeable child. I’ve even heard someone say, ‘I’ve never read Jane Eyre, but I saw the tv series. That’s the one where she’s going to marry the rich guy, isn’t it?’ Oh yes. That’s Jane Eyre.

What I didn’t want to see

There are films I would rather not have seen, they spoiled the experience of reading the book: three examples The Borrowers, whose updating to the twenty-first century removed most of the whimsy and make-do-and-mend ingenuity that was the charm of the books. Catch-22 whose chaotic plot, overblown characters, expose of the craziness of war could not be represented by the realism of film. Mrs Palfrey at the Claremont, which updates Elizabeth Taylor’s difficult novel and gives ageing a charming or eccentric face. Read the novel to get a quite different understanding of what Elizabeth Taylor was showing about age.

The Hours from Michael Cunningham’s novel which is in part derived from Virginia Woolf’s Mrs Dalloway. (Although I am having doubts about it having just read Hermione Lee’s essay Virginia Woolf’s Nose.)

Shipping News adapted from E Annie Proulx’s novel, and in which the New Foundland scenery and her story is hauntingly brought to the screen.

And for Jonathan Coe one of the best adaptations is Housekeeping:

Bill Forsyth’s film version, made in 1987 is an unswervingly faithful adaptation, preserving the narrative shape, the tone, the desolate backwoods atmosphere, even finding visual correlatives for Robinson’s scriptural, luminous prose. And yet it has been almost completely forgotten. It’s never been available on DVD, and none of the Robinson fans I’ve spoken to recently, either in Britain or America, seems to be aware of it. 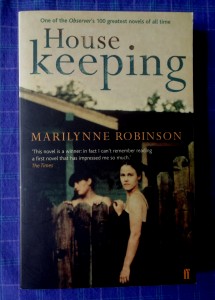 The film, apparently, is unmarketable. So that’s one film I wont be seeing then. And I will be very happy with the novel.

Can you recommend any worthwhile adaptations of film to screen? Do you have anything to add about films and novels?