The Girls of Slender Means by Muriel Spark

We know we are in for an interesting read when we find this near the start of the novel:

As they realised themselves in varying degrees, few people alive at the time were more delightful, more ingenious, more movingly lovely, and, as it might happen, more savage, than the girls of slender means. (9)

The time is 1945. The ‘savage’ girls live in the May of Teck Club which exists for

This is my second contribution to #ReadingMuriel2018, hosted by Heavenali. Memento Mori had older people as its subjects while The Girls of Slender Means are young. I plan to reading more of Muriel Spark’s work – she wrote 22 novels – in this anniversary year of her birth. 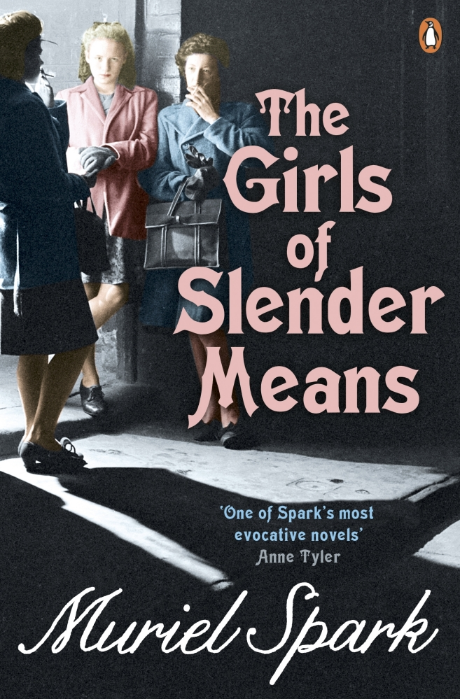 The story of The Girls of Slender Means

The events in the Club in Kensington occur between VE Day and VJ Day in 1945, but also at a later date. A number of young women live in the Club, on the lower floors in dormitories but increasing in social standing as the accommodation rises to the fourth floor. There are many young women, and our attention is drawn in particular to Selina the beautiful one, Jane the fat one doing ‘brain’ work and Joanna who, having failed in love has come to London and teaches elocution. Joanna recites poetry throughout. There are lesser characters, such as the older women including Greggie who manages the garden and claims there is an UXB buried there.

The young women are obsessed with having a good time now and expect their futures, with suitable young men, to come along in due course.

Love and money were the vital themes in all the bedrooms and dormitories. (26)

Men are attracted to the hostel. Nicholas Farringdon is a poet philosopher ne’er-do-well. We learn that after the events of the novel he converted to Catholicism and martyred in Haiti. This is reported by Jane to one of the other survivors of the disaster at the May of Teck Cub.

Jane is employed by a dodgy publisher to write letters to authors so that he can sell their replies. You know he is dodgy because he changes his name every two years and has abandoned two of his three wives. Jane’s activities are referred to, by her, as brain work. Her employer asks her to investigate Farringdon and so he comes to the Club and falls for Selina. None of the young women really have a handle on the world, and they are too naïve to know it. Jane, for example, naïve in 1945, is really on the make as much as her publisher boss. In the later time frame of the novel, after Farringdon’s death, we find she is collecting material for a feature on him.

There is a role for a Schiaparelli dress, passed around the young women for various activities and stolen by Selina under cover of the chaos of the building as it collapses.

And there is a part for a skylight out onto a flat roof. The girls are forbidden to use it, but some of the most slender are able to slip through the opening, others have to smear their bodies with cold cream or margarine. It is the focus of the climax of the novel. 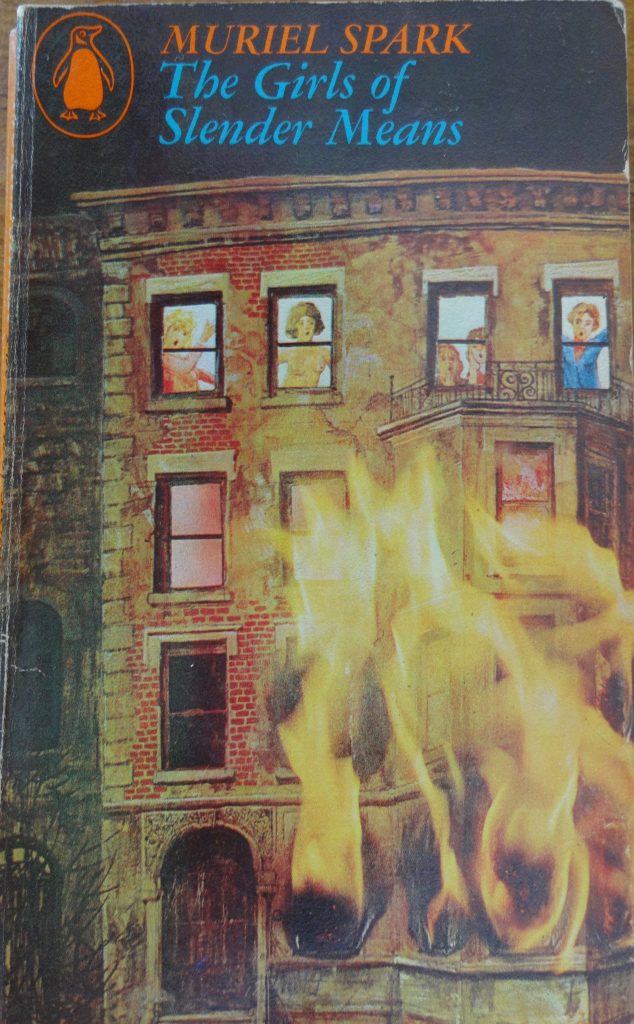 I really enjoyed Muriel Sparks’s spikey style. Her descriptions of people nearly always include a twist, undercutting what on the surface.

Her description of war-battered London is a marvel of compression. Here is the novel’s opening paragraph:

Long ago in 1945 all the nice people in England were poor, allowing for exceptions. The streets of the cities were lined with buildings in bad repair or in no repair at all, bomb-sites piled with stony rubble, houses like giant teeth in which decay had been drilled out, leaving only the cavity. Some bomb-ripped buildings looked like the ruins of ancient castles until, at a closer view, the wall-papers of various quite normal rooms would be visible, room above room, exposed, as on a stage, with one wall missing; sometimes a lavatory chain would dangle over nothing from a fourth- or fifth-floor ceiling; most of all the staircases survived, like a new art-form, leading up and up to an unspecified destination that made unusual demands on the mind’s eye. All the nice people were poor; at least, that was a general axiom, the best of the rich being poor in spirit. (7)

And the novel ends with the words ‘long ago in 1945’ (142). The focus is on the poverty of spirit of the young women emphasised in those not so far off days.

A review in the New York Times in 1963 by Virgilia Peterson points to the qualities of this novel, at the time of its publication.

A review that captures the social nuances of the May of Teck Club can be found on Jacquiwine’s Journal blog (from July 2017). 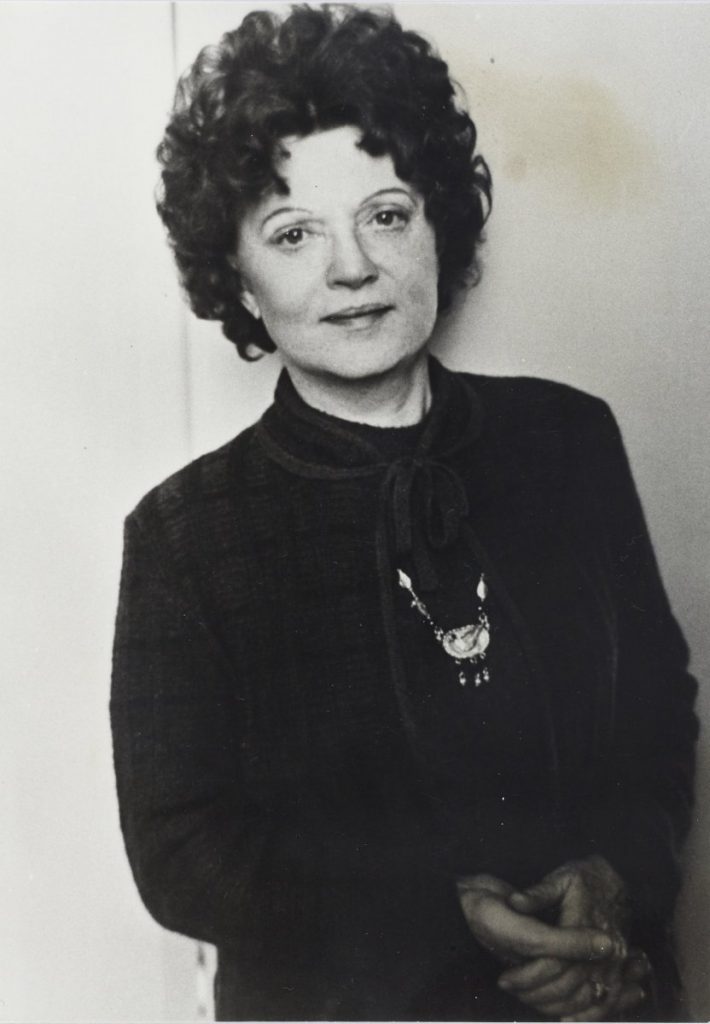 The first of my contributions to #ReadingMuriel2018 was Memento Mori by Muriel Spark first published in 1959. I read the Virago version.

In May/June I will read and report on a novel by Muriel Spark from the ‘70s. Any recommendations?