At the Queen’s Gallery … 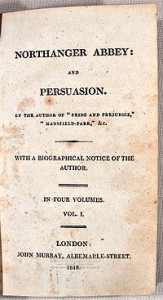 At the Queen’s Gallery in Buckingham Palace I meet again the companions of O level History – the Tudors and Stuarts and some of their European contemporaries. There’s Erasmus, and Durer’s Rhinoceros, Henry VIII, some of his wives and courtiers, Martin Luther, and some fabulous silverware, chalices mostly. They feel like family friends, and I’m calling in on them to catch up, finding them reassuringly unchanged. (The Northern Renaissance, Durer to Holbein – until 14th April 2013.)

After that thought comes the idea of late evening in the gallery. The Queen in her pink fluffy dressing gown and soft slippers is padding down to her Gallery with a mug of cocoa. Behind her is a footman with an upholstered chair (red velvet, of course), which he places in front of her favourite picture of the moment. A second flunky discretely positions a footstool. A corgi flops down to wait, its chin on its paws, at ease with this routine. Tonight she contemplates Holbein’s portrait of Thomas Howard, Third Duke of Norfolk, a rather mean-faced man dressed in ermine and holding a pool cue (actually the gold baton of Earl Marshal). He has become familiar to readers through Hilary Mantel’s novels: Wolf Hall and Bring Up the Bodies. Strangely, in the Gallery he is not being played by a well-known English stage actor, but takes his embellishment from his costume and his staffs of office.

The Queen can visit her gallery at any time, have an insider’s view into its quiet night-time secrets, then glide back to her cosy bed. Perhaps librarians can do the same? They can indulge in putting the newspapers back in order, shaking them so that the front page is neatly ready for recycling. They can alphabeticize the encyclopaedias, in reverse for once. They can find that secret volume they slipped behind the ranks, page marked with a slip RETURN THIS BOOK BEFORE THE DATE STAMPED BELOW OR RISK A FINE. PEOPLE OVER 60 AND UNDER 16 PAY NO FINES. Or replace the books in the stacks ready for readers in the morning. Or read in the special quiet of a room full of books.

But what of writers? Did Jane Austen sip her tisane nightcap while considering what gothic horrors she would avoid inflicting upon that silly Catherine Morland (Northanger Abbey) the footsteps on the stairs, the disturbances in the attic, the scraping at the window and the voice on the wind calling ‘Cathy, Cathy’?

Writers visit their books, their stories, their characters before they sleep. They mull over who will tell this story. Ishiguro says he interviews each character to arrive at his decision. They consider the next scene, its pulse, its tension, its connection with the previous scenes and the next. They search for the image to catch the reader’s attention, to show their characters’ reactions. They change the sex of their protagonist, their marital status, their occupation, date of birth, location. Sitting at the computer or the notebook, the glass of whiskey close by, the darkness looming beyond the pool of their desk lamp, writers exercise their dominion over their subjects.