Let slip the novels of war

War novels have their own ‘best of’ lists on the internet. Frequently these lists have too many testosterone-fuelled novels and horror for me. The five novels I pick out in this post have something else. They use the best of the novel to reflect on something beyond the experiences of most readers. They show the bigger picture – bigger geographically, in scope and in meaning – through individual stories. They use the power of story to explore the urge to survive, the horror of what man does to men, women and children, and how humans react when faced with the vastness of war.

Here are my five (plus two) to think about. 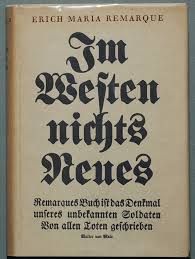 All Quiet on the Western Front by Erich Maria Remarques

The First World War will be the subject of much remembrance as we reach the centenary of its outbreak. In Britain literary merit seems to be the preserve of the poets. The novel of choice is All Quiet on the Western Front by Erich Maria Remarques, written, of course, in German. I did not read it until 2012, having been presented with extracts on a writing course. It was published in 1929, eleven years after the Armistice.

Paul Baumer tells the story in the first person. He and his school friends enlisted in the German army in 1916 as 18 year olds, on the encouragement of their schoolteacher. The story opens on the battlefield and hardly leaves it, except to go home on leave and for a spell in a military hospital. The narrator is killed in October 1918, feeling he has nothing left in his life, that the young person he was has been destroyed in the war. It has killed his friends one by one, and his country has been reduced to sending inadequately prepared raw recruits into battle to die. There are vividly descriptions of battle, but also some lighter scenes such as the theft of the goose, or the canal swim to be with some girls one evening. 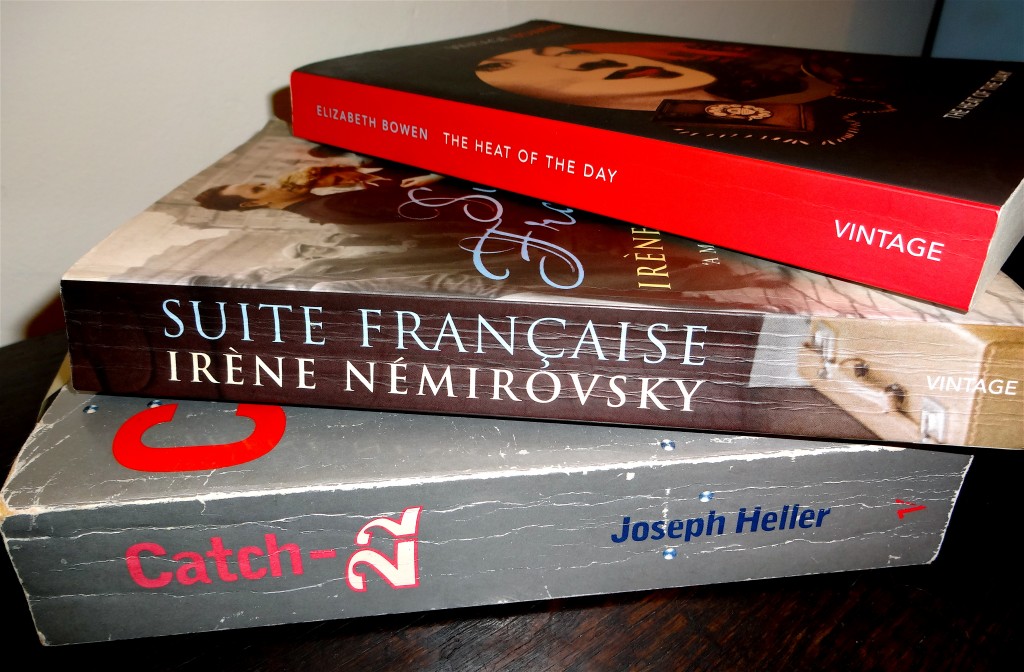 My choice for a novel set in the homefront in the Second World War has to be The Heat of the Day by Elizabeth Bowen – the subject of a Readalong on my blog earlier in 2013. You can find my review here. One of the best novels of the twentieth century I believe.

The fate of the author (in Auschwitz in 1942) and the location in war-time France meant I was initially reluctant to read this book. But I was charmed and thrilled by it.

Part 1, Storm in June, concerns the flight from Paris in June 1940. The story follows several families as panic hit the capital and they scrambled out as the German army advanced. It’s an amazing exploration of what people do in a crisis, how some have great generosity and others think only of themselves. There is lovely humour, black in places, great tenderness and overall an affectionate look at people through the details of their lives.

Part 2 called Douce concerns life in a village in occupied France a year later, when German troops are billeted on the population. Here the story picks up some of the characters from Storm, but mostly concerns the relationship between a young woman whose husband is a prisoner of war and the young cavalry officer, Bruno. The development of the relationships between victors and conquered, between occupiers and residents is beautifully observed, as are the accommodations that people make to this situation in order to preserve their own values and lives.

The manuscript was carried by Irene Nemirovsky’s daughters, taken in haste to remind them of their mother. It was only produced for publication recently.

For a novel from the battlefield (or the air battle in this case) in the Second World War I must nominate Catch-22 by Joseph Heller. This book is one of my desert island choices because it is so inventive, so rich in detail, so brilliant at showing the absurd in absurd situations. The title and some of the characters have entered our culture. 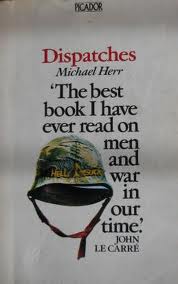 Some brilliant writing came out of the Vietnamese War. The novel that made the strongest impression on me was Dispatches by Michael Herr. It’s a searing condemnation of what happened to the fighting men. It convinced me that war is never an answer to anything. The damage inflicted upon the participants is as futile in the Vietnamese war as all others, despite individual acts of heroism.

And the first other one:

The Yellow Birds by Kevin Powers

On publication it was celebrated as the work of a new voice, creative and strong. The Yellow Birds by Kevin Powers is about US soldiers in the (second) Iraqi war. I read it in preparation for this blogpost. In my reading log I commented, ‘nothing to like here’. Too much of that male stuff here for me. Geoff Dyer was more critical of it in a review of another (non-fiction) book about the Iraq war. You can find his comments here: Thank You For Your Service. He includes these comments:

Kevin Powers served in Iraq but his novel reads as if he were the veteran only of serial deployments in MFA writing programmes. … [His novel is] inadequate as a form of response to the subject matter.

Here’s an example of creative writing class fiction perhaps: ‘while we slept, the war rubbed its thousand ribs against the ground in prayer.’ (p1) There was plenty more like that. 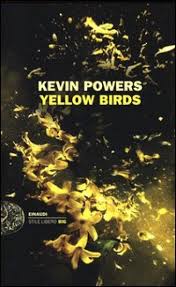 The title comes from a US Army marching cadence:

And the second other one:

Alone in Berlin by Hans Fallada

This one is on my tbr pile, having been recommended by a friend. Have you read it? Have you an opinion about it?

And a few more recommendations from browsing the web

Ernest Hemingway For Whom the Bell Tolls (Spanish Civil War)

And there are countless excellent non-fiction books as well.

Powerful stuff. What have you read that spoke to you about war? I was disappointed to find nothing outstanding in the twenty-first century. Have you come across anything you would recommend?