Tag Archives: Into the Whirlwind

I have chosen to read some pretty tough books recently. They all concern the large-scale political events of the 20th and 21st centuries, and all concern wilful and intentional policy of inhumane treatment towards others. Depressing indeed!

The books refer to Russia in the time of Stalin’s great purges, Paris and Auschwitz in the 1940s, China from the 1930s through to Tiananmen Square and the plight of refugees in Europe today. Books take you to places you have never been, but can profoundly depress you while you are there. What follows is a kind of inhumanity Mash-up.

Do Not Say We Have Nothing by Madeleine Thien 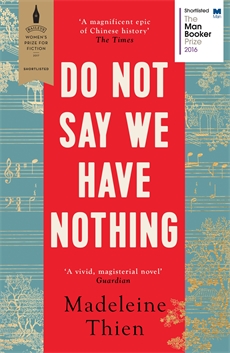 I put off reading this novel, and then I had to restart it. It was difficult to read. With brilliant story-telling gifts Madeleine Thien retells the history of China through its effects on several generations of one family and their friends. At the centre of her narrative is Sparrow, a Chinese composer, and Lai his friend and a brilliant concert pianist. But the story stretches back from the wanderings of Sparrow’s mother in the 1930s and forward from the starting point of the novel when Sparrow’s daughter meets Kai’s daughter in Toronto. The fathers have both died.

The stories of the family members over time merge, as they wander off, surface again in distant provinces, often in exile or in terrible prison camps. They suffer enforced re-education, the mob mentality of the Cultural Revolution and the Red Guards, the demonstrations and repression of Tiananmen Square. The willingness of the people to try to do as bidden in order to make China better is heartrending in the face of so much brutality. One asks: and today?

It’s a captivating book and one that I have frequently seen read on train journeys.

Into the Whirlwind by Eugenia Ginzburg 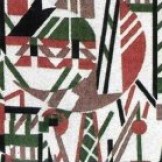 Endpaper for Into The Whirlwind

This book is a memoir, beginning with an account of the author’s arrest in 1937, accused of betraying the Revolution. Sentenced to 10 years in solitary, she endures two in the company of Julia before being sent on to a labour camp in East Russia.

From the moment she is sentenced she has no knowledge of her husband, or of their children (seeing only one of her sons in later life). It’s a grim story, beginning with the Kafka-esque accusations that began the great purge, the cult of personality. The conditions under which the first three years of her sentence are served are so appalling both in isolation and in the work camp, that one wonders anyone survived. At each stage the women support each other, learn how to deal with their warders and those who control their lives. This volume (but not her imprisonment) ends in 1940, and she continued her memoirs in another volume, up to the point of her rehabilitation in the 1950s.

The personal cost of Stalin’s monstrous campaign to ensure his own rule is vividly revealed. Remaining human was a constant struggle, to do with clothes, footwear, keeping warm, eating and acts of generosity towards others.

Translated from the Russian by Paul Stevenson and Manya Harari 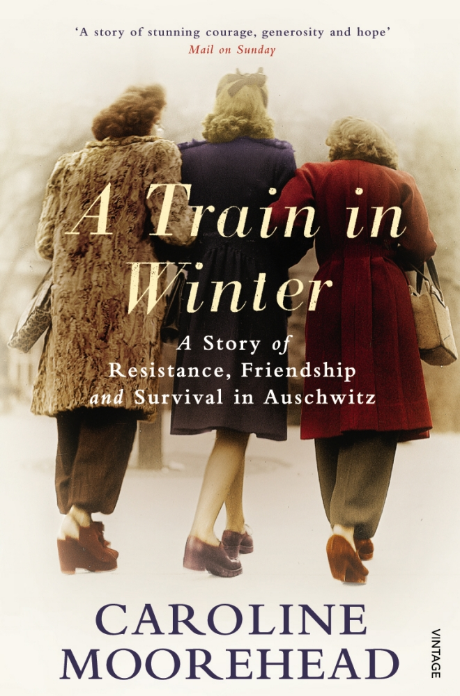 While this book is a story of courage generosity and hope (cover blurb) it is also a depressing account of barbarity, inhumanity and the infliction of suffering. It focuses on the 230 French women sent to Auschwitz in January 1943, arrested for anti-German activities. It leaves us to imagine what happened to their menfolk, friends, children and the others who died in huge numbers even before the women arrived in Auschwitz.

I included my reflections on this book in a post about visiting Auschwitz, Bookword in Poland.

A Train in Winter: A story of Resistance, Friendship and Survival in Auschwitz by Caroline Moorehead (2011) Published by Vintage 374pp

And just in case you think that this kind of inhumanity doesn’t happen any more in Europe, I refer you to the recent post reviewing a novel about refugees in Germany: Go, Went, Gone by Jenny Erpenbeck.