A Passage to India by EM Forster

The chant, ‘Esmiss Esmoor, Esmiss Esmoor’, is a mangled version of Mrs Moore’s name, an invocation as if for a Hindu goddess. Mrs Moore is a character in A Passage to India by EM Forster, an older woman in this post in the series about older women in fiction.

The chant was taken up by the Indian spectators at a crucial moment during Aziz’s trial. Mrs Moore was not present. She had more impact on the events in Chandrapore in her absence than during her brief stay. In her absence she was venerated, assumed to know a truth not available to others about what happened in the Marabar Caves, a solution to the mess of Aziz’s trial, to the rift between Indians and the British. Mrs Moore had gone. In fact she had died at sea, before reaching Aden, on her journey ‘home’. 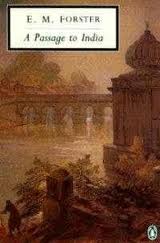 A Passage to India was published in 1924. It is a story of the relationship between Indians and the British rulers. (India in 1924 included present day Pakistan and Bangladesh.) Mrs Moore visits Chandrapore, bringing Adela Quested from home to her son, Ronny as a potential wife.

There are two Mrs Moores in this novel, before and after the visit to the Marabar Caves. We first meet Mrs Moore at the Temple one evening. She has recently arrived from England and escaped from the club. She impresses Aziz, the young Muslim doctor, with her respect for the native cultures and religious practices. Both Adela and Mrs Moore express a wish to see what they call ‘the real India’. He responds to her with unconstrained enthusiasm. They establish a rapport. Partly to honour her, Aziz plans the ill-fated picnic to the Marabar Caves. These attempts cause difficulties. 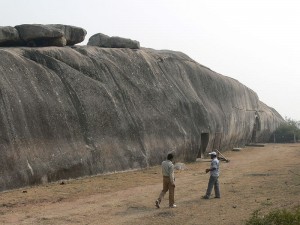 Barabar Caves, by Klaus-Norbert (Own work) via Wikimedia Commons

The excursion to the Marabar Caves reveals more about Mrs Moore. Here, like Adela, she suffers some kind of disturbance in the cave. Twenty years ago we might have called it a nervous breakdown. Today we might call it a panic attack.

A Marabar cave had been horrid as far as Mrs Moore was concerned, for she had nearly fainted in it, and had some difficulty in preventing herself from saying so as soon as she got into the air again. It was natural enough: she had always suffered from faintness, and the cave had become too full, because all their retinue had followed them. Crammed with villagers and servants, the circular chamber began to smell. She lost Aziz and Adela in the dark, didn’t know who touched her, and some vile naked thing struck her face and settled on her mouth like a pad. She tried to regain the entrance tunnel, but an influx of villagers swept her back. She hit her head. For an instant she went mad, hitting and grasping like a fanatic. For not only did the crush and stench alarm her; there was also a terrifying echo. (136-7)

At the end of the tiring day Aziz is arrested and later charged with attempted rape of Adele Quested in a second cave. Mrs Moore returns from the expedition quite changed. She withdraws from the colonial society, but never doubts Aziz’s innocence.

She was past marrying herself, even unhappily; her function was to help others, her reward to be informed that she was sympathetic. Elderly ladies must not expect more than this. (87)

Impatient with the young people, and the fuss caused by the expedition to the Caves, she becomes bitter about what she can expect from her future. She is pressed by Adela, who dreads being the chief witness at Aziz’s trial, to say what the echo at the caves was.

‘I think you are rather unkind not to say.’

‘Say, say, say,’ said the old lady bitterly. ‘As if anything can be said! I have spent my life in saying or in listening to sayings; I have listened too much. It is time I was left in peace. Not to die,’ she added sourly. ‘No doubt you expect me to die, but when I have seen you and Ronny married, and seen the other two and whether they want to be married – I’ll retire then into a cave of my own.’ She smiled, to bring down her remark into ordinary life and thus add to its bitterness. ‘Somewhere where no young people will come asking questions and expecting answers. Some shelf.’ (188)

She is tired, tired of a life serving her children, answering their questions, frustrated with the increasing physical limitations she experiences. This older woman does not want to be venerated, to be seen as the respected voice of experience. Ronny reflects towards the end of this conversation, ‘she was by no means the dear old lady outsiders supposed’.

Forster describes Mrs Moore as she departs for England.

She had come to that state where the horror of the universe and its smallness are both visible at the same time – the twilight of the double vision in which so many elderly people are involved. (195) 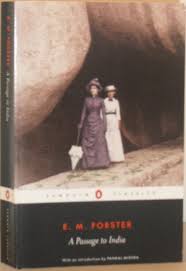 So what are we to make of Mrs Moore? Her function early in the novel is to offer, along with Fielding, an alternative to the intolerance of the British Colony in Chandrapore. Mrs Moore is a calm influence, a voice of reason and tolerance. Like Mrs Wilcox in Howards End, she is an insider but one who represents a different viewpoint, a different set of values. When her function is fulfilled in the novel she is dispensed with and Fielding takes over the role of the insider. Her rejection of the ‘dear old lady’ role is refreshing. And to the Indians Esmiss Esmoor has left an interesting echo.

A Passage to India by EM Forster: first published 1924. Page references are to the Penguin Classic edition published in 2005. 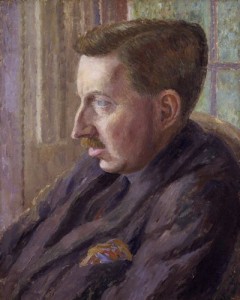