Born in 1893 Vera Brittain struggled against her father’s opposition when she applied to study at Oxford. She gained a place and began her studies, but the First World War broke out and all the young men she knew and cared about had to decide whether to join up. During the Great War she lost her lover, her brother and their circle of friends and worked as a Red Cross VAD in London, Malta and northern France. By the time the war ended in 1918 her world was utterly different and her youth ‘smashed up’.

In the ‘70s, when I first read Testament of Youth women were coming to understand that the personal is political, and reading Vera Brittain helped me to see that history is personal and political. She wrote this in the Foreword to the autobiographical study:

Only, I felt, by some attempt to write history in terms of personal life could I rescue something that might be of value, some element of truth and hope and usefulness, from the smashing up of my own youth by the war. (11)

Testament of Youth is my choice for the 1930s in the Decades Project on Bookword. 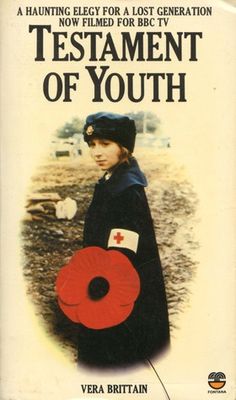 The book’s subtitle is: An Autobiographical Study of the Years 1900-1925. Vera Brittain’s childhood was mostly spent in Buxton, in a middle class family with limited expectations of young women. She wished to study at Oxford but had to battle with her father about this before being ultimately successful and awarded an exhibition at Somerville. She took her place to read English Literature, but then the First World War broke out and everything changed.

She lost her lover Roland Leighton in the first months, two more friends from their circle in the next two years and her brother in Italy in 1918. She decided to join the Red Cross VADs (Voluntary Aid Detachment) partly to match the potential sacrifices of her circle but also to do something meaningful and distracting while those she cared for were at The Front. 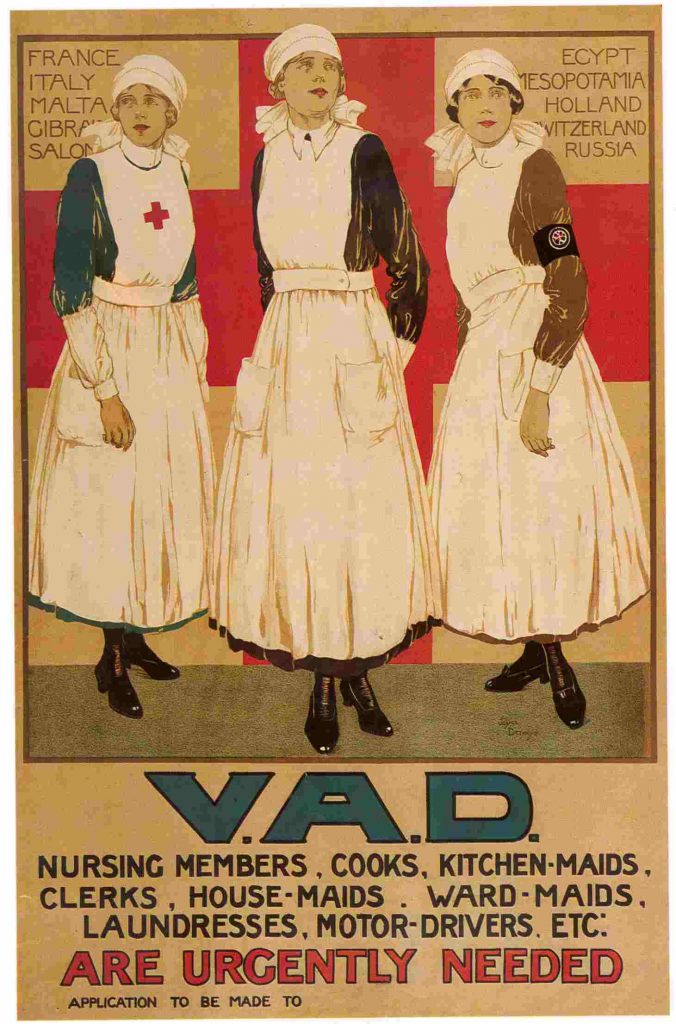 copyright held by British Red Cross and used with permission.

She began nursing in London, volunteered to serve overseas in Malta following Roland’s death, and finally at Etaples in northern France, close to the action. She returned to work in London in the final months of the war. Following her brothers death in June 1918 and with no one else to lose she described the final months.

And now there were no more disasters to dread and no friends left to wait for; with the ending of apprehension had come a deep nullifying blankness, a sense of walking in a thick mist which hid all sights and muffled all sounds. I had no further experience to gain from the War; nothing remained except to endure it. (458)

After the war she returned to Oxford, where she found her experiences were ignored as she describes in a chapter called Survivors not Welcome. Until she met Winifred Holtby she found life very hard, but their friendship brought new direction to her life and following graduation they planned to earn their living writing and lecturing. They shared flats and campaigning activities, often travelling abroad to find facts for the League of Nations Union. And finally she began a correspondence with an academic specialising in politics. George Caitlin is not mentioned by name. She married him in 1933 and survived until 1970.

‘Smashing up my youth’

The cost of the war for Vera Brittain was very high indeed, and her enduring pain is very evident to the reader. To reveal some of this she draws on the many letters her circle wrote to each other, and also her own poetry. Her poem To My Brother provided the title for the only collection I know of First World War poetry by women. (see below).

Your battle wounds are scars upon my heart … (434)

Her analysis includes the cost of the loss of so many men to public life in the1920s. Writing near the end of the book she recalls the situation in 1924 as she travelled through Europe, and wrote this about the rebuilding of civilisation after the war.

… the men who might, in co-operation with the women who were not too badly impaired by shock and anxiety, have contributed most to its recovery, the first-rate courageous men with initiative and imagination, had themselves gone down in the Flood, and their absence now meant failure and calamity in every department of human life. Perhaps, after all, the best we who were left could do was refuse to forget, and to teach our successors what we remembered in the hope that they, when their own day came would have more power to change the state of the world than this bankrupt, shattered generation. (645-6).

It’s a long book and very detailed about her state of mind and her many experiences over its 25 year span. Her reactions to the treatment of VADs, her experiences of nursing wounded soldiers, including German prisoners, are vivid and shocking.

Her feminism is evident throughout and set against the wider context, especially of events in Europe during and after the war. Her struggle to get into Oxford against her father’s wishes, becomes almost insignificant once the war began. But she was still summoned home to care for her mother towards the end of the war, the duty of the daughter. After the war she notes that she was, for a while, a ‘surplus woman’ but writes to Winifred Holtby that she does not regret her single status.

Her friendship with Winifred Holtby is like a gold thread in the account of her post-war years, a new friendship that supported her writing ambitions and political involvement and thawed her emotional state.

Testament of Youth Lives on 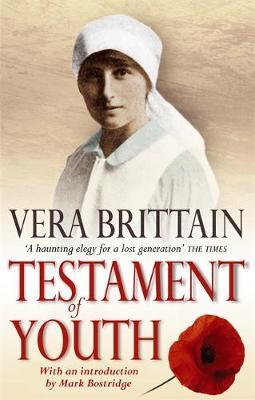 Testament of Youth is a book that seems to be rediscovered every 30 or 40 years. In 1979 it was serialised in five parts on BBC tv with Cheryl Campbell in the main role. In 2014 a film was made with Alicia Vikander as Vera Brittain.

Robert McCrum put Testament of Youth as #42 on list of 100 best nonfiction books of all time in the Guardian. Here’s his assessment from November 2016.

Testament of Youth by Vera Brittain, first published in 1933. I used the edition published by Fontana in 1979. 661pp

The Scars upon my Heart collected and edited by Catherine Reilly published Virago in 1981. I drew on this collection in a post on women’s poetry of the Great War.

For 2018 I decided to find non-fiction by women for each decade in the project having focused on novels in 2017. I select one book each month from successive decades (January 1900-1909; February 1910-1919 etc). Suggestions are always welcome.

Here are the links to the first three books in the Decades Project: