Let us now praise the Women’s Prize for Fiction

Let us now praise the institution that this year was called The Women’s Prize for Fiction. I’ve just finished reading all six shortlisted novels. They were all good, providing interesting subject matter, innovation and excellent writing. Six great reads! Here’s a reminder of the shortlist.

Hilary Mantel Bring up the Bodies

AM Homes May we be forgiven 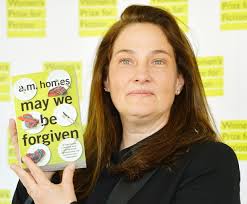 I don’t believe it makes much difference to women’s fiction who won: it was AM Holmes. And whoever wins, I like a literary event that foregrounds women writers. With some women writers apparently sweeping all before them (think Hilary Mantel and JK Rowling) it has been questioned whether we still need a prize for fiction by women. I wont repeat the arguments so well made by Danuta Kean in Why We Need The Women’s Prize, except to notice once again that fiction by women is disadvantaged in the review pages of literary journals and newspapers. Fewer books by women than by men are reviewed. Not surprisingly there are also fewer women reviewers.

Next year the prize will be sponsored by Baileys. Thanks to those who kept the prize afloat while a replacement sponsor was sought. Kate Mosse was awarded a well-deserved OBE in the Birthday Honours, for services to literature. She was one of the founders of the prize and chairs the board

Here are my brief reviews of the two shortlisted novels that I read most recently. 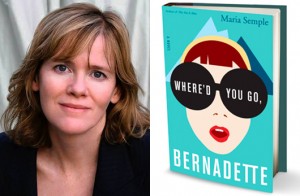 A racy read, almost a romp through contemporary electronic or wired life, set in Seattle, complete with Microsoft, TED talks, and high pressure sales ideas to ‘up-class’ the local school.

Bee is 15 (although she actually seemed much younger to me, more like 12 – no adolescent angst), and the only child of two high achieving parents. Her father Elgie is a top thinker with Microsoft, and her mother, Bernadette was once a cutting edge architect. Both parents come croppers – Bernadette through experiencing failure to preserve her twenty-mile house (a nice eco idea) and her husband by being immersed in MS before he finds his project is expendable.

The novel is the record of the disappearance of Bernadette, after some high stress middle class rage between her, her fellow Moms at Bee’s school, and her husband. Some of the plot is a little far fetched, but enjoyable for all that: eg a trip to Antarctica, the very handy on-line assistant, supposedly in India, who arranges every detail of the trip, the FBI investigation and the psychologist’s intervention.

Bee, of course, is high performing and it is she who presents the fast-paced narrative through the documentary evidence, itself saying something about the trail our lives leave: emails, letters, electronic records, faxes etc. When Bernadette wants to disappear she has to find a way to achieve it outside the electronic records. The novel concludes with a letter from Bernadette, sent via snail mail, which happily brings the family back together. The father never quite emerges as a rounded character, but comes good in the end. I wonder if this novel would also work as YA fiction?

Behind all this action are themes about the effects of the internet on our lives, how we can escape or use it, exploit it or be abused by it. 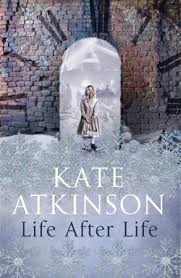 The device of this novel is that our heroine Ursula lives her life multiple times. There are a number of logical difficulties with this: are we to consider that this happens to everyone, or just her? Does Ursula have some special destiny, and if so what? Is this device to show that small things can lead a life along paths that are horrendous, and can the same be said of missed opportunities? So is it the case that when she failed to deny the bullying American boy a kiss it leads to rape, pregnancy, life-threatening abortion and finally death at the hands of an abusive husband thereby missing her opportunity to kill Hitler in the early ‘30s?

Ursula is born in 1910 to well-to-do parents, her father a banker, her mother a rather free spirit. She dies, nearly dies and then survives again and again. She has brothers and sisters, lovers, two husbands, servants, a rather wild aunt, and other friends who move in and out of her lives, survive or don’t survive. They experience European twentieth century history: the First World War, influenza epidemic, inter-war years, the second world war. The scenes in blitzed London are especially vivid – Ursula is an ARP warden. In another life she marries a German and survives in Berlin until the final days of the war, fearful of the prospect of Russian liberation.

So many lives mean so many deaths, so it is quite a stressful book. The deaths are Ursula’s but also her father’s, mother’s, cousin’s and just about every character at some time or other. It is an interesting way of writing a family saga, revealing different things about the people in every life.

The novel forces us to ask about the relationship between fate and freewill, and if it is possible to learn from lives we never knew we had, whether individual people really influence history. If Cleopatra’s nose had been a millimetre longer would the course of world history have been different? Discuss.

But in the end, can there be an end? Does she get her life right somehow, and if so, what is it that makes it right? Why would it ever stop, this succession of lives, there would always be another one. Ursula herself asks,

What had the Fuhrer’s apprenticeship for greatness been? Eva [Braun] shrugged, she didn’t know. “He’s always been a politician. He was born a politician.” No, thought Ursula, he was born a baby, like everyone else. And this is what he has chosen to become. (p332)

Now is that true, that we can choose who or what we become?