Finally I have finished her collected short stories, a large volume of 626 pages, 4.5 cms, 65 stories. I’ve been reading these stories on and off for three or more years, usually if I wake in the night or when I am not ready to start a new book. Each story is a drop of Elizabeth Taylor’s art. 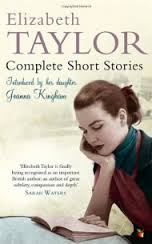 Elizabeth Taylor was writing these stories between 1944 and 1973, at the same time as her novels. Most of her short stories have been published, primarily in The New Yorker (especially between 1948 and 1965). Others appeared in Cornhill Magazine, McCall’s and Vogue.

The themes and settings will be familiar to readers of Elizabeth Taylor‘s novels. Many of the stories are set in the suburbs of London (men frequently travel up to town by train every day) and gardens are important. Some have children, marriages, or other relationships that have grit in the oyster. Some of the characters are very sad, lonely or deluded. One or two stories are located abroad, on holiday for example in France or in Tunisia. Here are some thoughts about four stories.

The Thames Spread Out (December 1959, published in The New Yorker)

This is the story of Rose, an isolated and not very happy young woman, ‘kept’ by a married man in a rented house on the Thames. Gilbert pays the rent and gives her some pocket money. He visits every Friday, and sometimes, when his wife goes to see her sister, spends a week with Rose.

The Thames floods and cuts Rose off from her usual routines. Letters are delivered by boat and boy scouts offer to get her shopping for her, but she forgets to ask for peroxide. Everything begins to look more and more strange as the water rises.

A swan had come in through the front door. Looking austere and suspicious, he turned his head about, circled aloofly, and returned to the garden. (334)

The disruption leads her to spend an evening drinking with two young men, her neighbours, who come and fetch her in their boat. In the morning, the waters receding, she realises how confined she is, and takes off.

I love the image of the swan circling near the staircase. Aloofly. What a great word! Many of Elizabeth Taylor’s plots include a slight change that shifts perspectives. The spreading out of the Thames helps Rose see the possibilities of her life differently and abandon the dreary Gilbert. 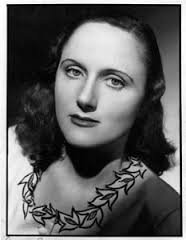 This is a tale about how Harry and Rose (not the same Rose) return to Tunisia to recapture the excitement of a previous holiday when they befriended the people in a local bar, above all the patron, Habib. Returning four years later they find that everything has changed. The bar has closed and Habib, when they find him, tells them he is now a respected chef in a local tourist hotel. The reader comes to see, long before Harry and Rose do, that Habib wants to present them with what they want to see, and the truth is less satisfactory. They blunder about in his life, his job, the hotel, his family, his friends. The differences between the lives of the tourists and the Tunisians are painfully revealed, even if Harry and Rose have good motives for befriending Habib. Elizabeth Taylor portrays both the pleasures of foreign holidays and the difficulties for any tourists who try to break down barriers with the locals.

Mice and Birds and Boy (February 1963, published in The New Yorker)

This is a sad story. A young boy visits an old and isolated lady. William himself is a bit of a loner, not much liked by other children. His curiosity about Mrs May’s early life develops into a nice friendship, but she becomes dependent upon him. He grows up and begins to move away from her. She is left more bereft than before. Elizabeth Taylor’s writing about children is always excellent. She knows what children think about, what takes their interest, and how they change.

The truth was that he could hardly remember how he had liked to go to see her. Then he had tired of her stories about her childhood, grew bored with her photographs, became embarrassed by her and realised, in an adult way, that the little house was filthy. One afternoon, on his way home from school, he had seen her coming out of the butcher’s shop ahead of him and slackened his pace, almost walked backwards not to overtake her. (419)

This story is only 8 pages long, and follows a couple from their arrival during the evening in the small and disappointing French hotel on their honeymoon through to breakfast the next morning. The reader becomes aware that their marriage is doomed to unhappiness, revealed by their reactions to the rowing couple in the room next door.

She lay on her side, well away from him on the very edge of the bed, facing the horrible patterned curtains, her mouth so stiff, her eyes full of tears. He made an attempt to draw her close, but she became rigid, her limbs were iron. (547)

In her stories human failings are not catastrophic, but they do cause hurt, sadness or regret. Many have very poignant characters who do not thrive in life. Others seize their chances. Always there is a little nugget of truth of perceptiveness in each story. 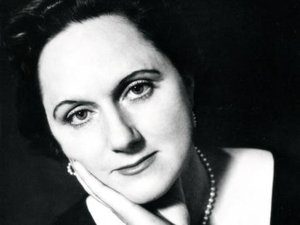 Two Elizabeths, two First Novels. This post comments on At Mrs Lippincote’s by Elizabeth Taylor, alongside The Hotel by Elizabeth Bowen.

Mrs Palfrey at the Claremont by Elizabeth Taylor. This was the first in the older women in fiction series. It is one of the most read posts on Bookword blog. 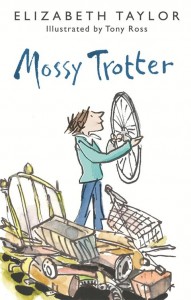