How do writers decide to become writers? Especially when they get very little encouragement? And when they have exciting and worthwhile jobs doing other things? I only know one published author well enough to ask these questions, Roger King, whose most recent book is just out in paperback: Love and Fatigue in America. So here is another first for Bookword: after the guest blog an interview with a published author. 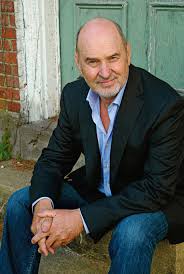 I met Roger in the summer of 1983 when he had just published his first novel, Horizontal Hotel. We have been friends ever since, despite living in close proximity in West London (he could see into my garden), his move to the US, and meeting infrequently, usually in the British Museum. We always spend some time talking about books and writing. I am grateful to Roger for introducing me to the novels of Shirley Hazzard, especially The Great Fire. Definitely a recommended read.

I interviewed Roger and found out stuff I didn’t know despite 31 years of friendship and reading all his books. We had been on a damp tour of sailing berths and the coast in South Devon – Salcombe, Slapton Sands and a break in Dartmouth. The interview took place in a deserted Dartmouth tea room.

How did you get into writing?

I always wanted to be a writer. I was a sickly child at the age of 8-10, and conceived a project to capture what it was like to be a child before I was too old to remember. I was convinced that grown-ups were unable to imagine what it was like to be a child, and that in a few years I would also be unable to. I never wrote it. But I retained the idea of life being too valuable to be lived just once, that it warranted being turned over, digested and recreated in some new form – the considered, treasured life. I held onto that.

When I first met you, you were also working as an international development consultant with the UN.

I secretly always planned to be a novelist, despite first studying food science and then going on to a masters and a PhD in agricultural economics. It was a long detour that led through work in twenty countries. It did give me something to write about. When I finally started to write seriously, without any background in literature or the arts, I felt encouraged by such American writers as Henry Miller and Jack Kerouac, who drew on direct experience and were not intimidated by literary authority.

No one encouraged me. Everyone thought it was a stupid idea. At school I scored high marks in creative writing but poorly in spelling and punctuation, so I came out mediocre. At thirteen we had to choose between arts and sciences and science was the practical choice. My father worked in a factory and my family saw education as a route to finding a respectable, secure job not self-expression.

At twenty-two I went to study in America and met a friend who was studying for a PhD in literature. She gave me a reading list of all the writers I should had read – I still have it. It was all self-taught. I started reading seriously but after forty years I am still filling in some embarrassing gaps in my literary education – though somehow I got away with teaching postgraduate English literature along the way.

At the UN, working in agricultural economics, international development and working to alleviate rural poverty, the people I knew thought writing fiction was trivial – decadent – in comparison with the work we were doing. I thought it could express a fuller, more complex truth. The jury is still out.

In my thirties I made a key choice by turning down a post heading a UN project at Oxford University – my perfect job in terms of my first career. After agonising, I chose instead to rent a cheap room and write my first novel. I then sent the manuscript off and went to work in Bangladesh and Sierra Leone. It was accepted by Diana Athill at Andre Deutsch. I didn’t know until my return. She was surprised not to have heard from me for months after the book was accepted.

Up to that time I was completely naïve about being a writer. I was 35 and had never met anyone who worked in publishing, or any published writers. I had no idea of whether I was any good, or how difficult it could be to make a career. It was beginners luck – it’s never been that simple again. 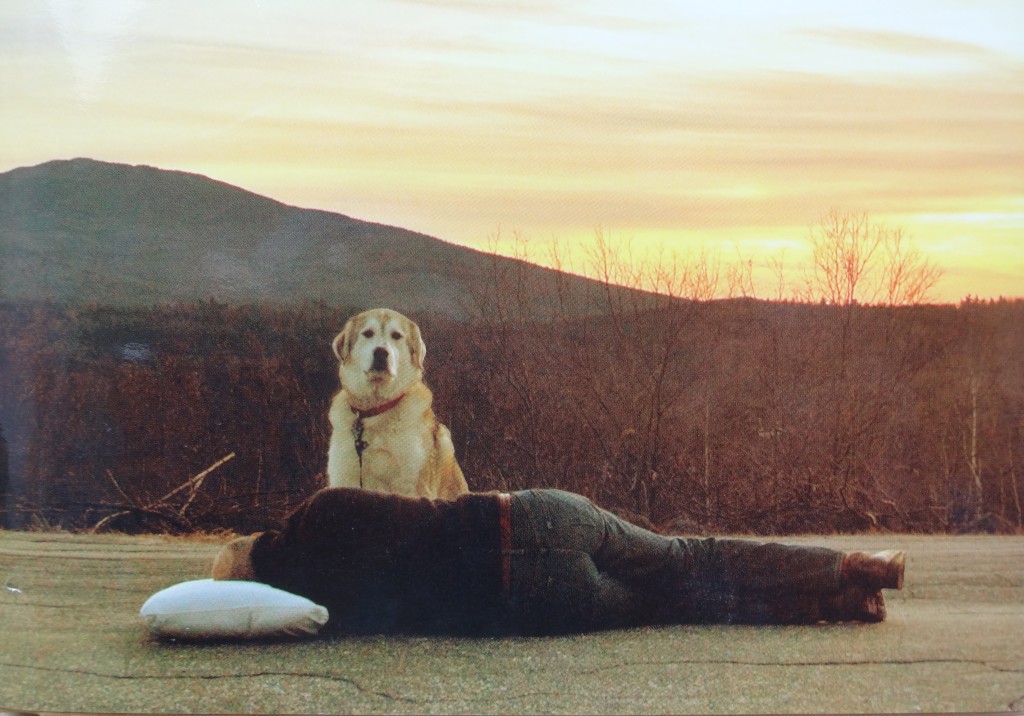 What are you most proud of in your writing?

I am most proud of having persisted. And of trying to do something new and thoughtful with each new book. I like to think there is more to be discovered for readers who spend more time with the books. I’m interested in doing more than just writing stories.

What are you most disappointed by? 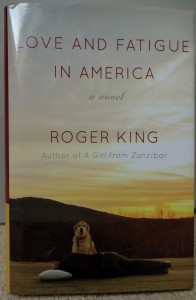 That it has taken so long to write five books, especially the slow progress of the last 20 years. [Readers of Roger’s most recently published book, Love and Fatigue in America, will be aware that he has been living with a severe form of ME in the last two decades. This book is described as autobiographical fiction on its cover.]

Sea Level is probably my favourite book, adventurous in form and written partly in poetic prose. It was an intuitive and a cogent way of writing, and tough to make it work, that is make it compelling and enjoyable. It requires the reader to read in imaginative ways, and not be led into the book simply by the linear logic of plot.

Since you have been based in America, you have frequently spent time in artists’ colonies. What do you get out of them?

They are a godsend to all artists. For a time, they take away all distractions and all other responsibilities and allow you to go deeply into your work. Everyone there is an artist and everyone is working. It is in the air that art is significant and important – away from the world where art can be seen as a marginal diversion.

Colonies put you in touch with people in other arts, which feeds into one’s own work.

It’s a mainly an American thing, not so much in the UK. But they are now proliferating around the world. Artists colonies have been essential to me because ME leaves me with scarce energy and at colonies any energy I have can go into work.

Creative writing courses are a good way to step away from contingent life and be with like-minded people for a time. But there is a limit to what can be taught – and little to be gained without the writer starting out with an original voice and an original way of seeing the world. You can’t teach people that; that’s in the soul. There’s a danger of producing a multitude of irreproachably competent professionals with nothing much to say.

What are you working on at the moment?

I have just completed the first full draft of a new novel. It is the opposite of autobiographical, being fully imagined and researched. It has to do with memory and violence. It traces the widening rings of effect from cold war violence in Latin America and Asia and how it’s internalised in the personal lives of three people in the present day. 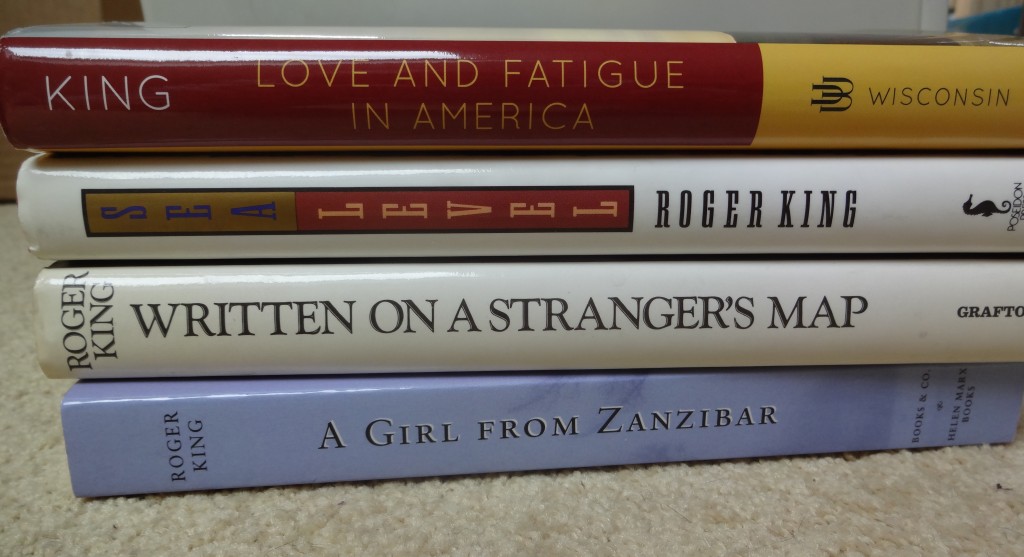 To receive email notifications of future blogposts, please subscribe by entering your email address in the box at the top of the column on the right.

Tagged as A Girl from Zanzibar, A Tale for the Time Being, All that is, Aminatta Forna, artists' colonies, Childhood of Jesus, creative writing courses, Donna Tartt, Eleanor Catton, Horizontal Hotel, J M Coetzee, James Salter, Love and Fatigue in America, Roger King, Ruth Ozeki, Sea Level, Shirley Hazzard, The Goldfinch, The Great Fire, The Hired Man, The Luminaries, The Rehearsal, Written on a Stranger's Map