A Notable Woman: the romantic diaries of Jean Lucey Pratt

Jean Pratt was 15 when she began her diaries.

I have decided to write a journal. I mean to go on writing this for years and years, and it’ll be awfully amusing to read over later. (Saturday 18th April 1925)

She did write it for years and years, sixty-one years, until 1986. And it is awfully amusing to read it later. The version by Simon Garfield is necessarily edited, yet is still over 700 pages. But she lived long. She did not always prosper. 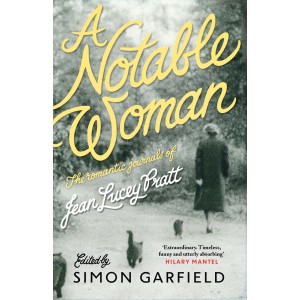 Most history, as we know it, was written by men, and about men. When I was at school our teachers tried to break away from the rote learning of dates, events involving famous men. Their approach, to try to understand what had happened, influenced my decision to read history at university. There I came in to contact with the great EP Thomson (Making of the English Working Class) and came to see that what interested me was the ordinary, the everyday.

We shall discover in time that history is made by people. It is not a series of reigns, battles, and party politics, but an unending story of events created by living people moved by emotions, ideals, passions …

We shall learn not that the Duke of Marlborough won the battle of Blenheim in 1704 and so saved Vienna from the Elector of Bavaria and the line of James II from being restored in England, but why this battle was fought. We shall ask questions back and back until we come to the motives that governed the actions of people. We shall find them – the people, crippled with jealousy and greed and fear; we shall ask why and go seeking further. (Monday 28th October 1940)

I am old enough that my childhood is now history, post war history. I am interested enough in history to want to read about those things that affected me, such as the post war years. Here is a great resource. 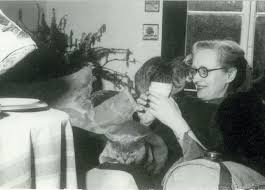 There is nothing especially remarkable about Jean Pratt, except her diaries. She was born in 1910, died in 1986 (aged 76). Her mother died just before the diaries begin, and her father just as the Second World War broke out. She grew up in Wembley, her father was an architect, and she had an older brother who soon went off to work abroad for the Cable and Wireless Company.

She was a woman of her time, ruefully reflecting, from time to time, that she was one of the 3 million ‘surplus women’ of her generation. She never married, although she dearly wished to. The phrase ‘surplus woman’ reflects the view of the time that a woman is only of value when married to a man. Jean argued against this position, but felt it emotionally. She also reflected on her requirement for a companionship in marriage, a man she could respect. She met few men like this.

The question of marriage. I cannot help now and then reflecting that there is much in what N. [a friend] preaches (and Joan, but with less virulence) – that marriage is not necessarily the only fulfilment for a woman. I have always found ordinary day-to-day living with someone else fearfully irksome. I enjoy my solitude and independence and take it now so much for granted that when I get these spams for ‘love’ and marriage I don’t take into account what it would be like to have to adjust myself to someone else day after day, however deeply in love I might be. I am a self centred selfish creature – it is so much easier, so much more comfortable and convenient to live alone.

And yet, and yet … No one has ever wanted (or said so at least) to live with me. That is what at forty makes me feel such a failure, that I have made such a poor show of my personal life. All my lovers slip away, as DB has done, without saying goodbye. Away they go, ghostly, unsatisfying, across the sea, to their death in a car, to study medicine, to Australia, to write plays, and that is the end. (Friday 21st October 1949)

As a young woman she took courses at London University to become and architect and then switched to journalism. She made many friends at this time, friends to whom she remained loyal until death. At the start of the war she had not yet made a career for herself, and rented a cottage in Burnham Beeches in Surrey, where she lived for the rest of her life.

To support herself during the war she took up work in High Duty Alloy Company, as well as volunteering with the Red Cross. After she tried to earn a living through writing, taking in paying guests in her cottage, and finally ran a small local bookshop, specialising in books about cats. Money problems dogged her throughout her life, although she was able to buy Wee Cottage eventually. 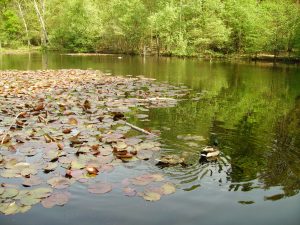 Jean Pratt lived through the most interesting of times. Society was changing, and she records her own beliefs, her explorations of new ideas, and reflects some of the contradictions and shifting attitudes of the time. Her attitude towards sex and marriage, for example, might have shocked her mother. She flirted with socialism and Fabianism before finding a roost in the Liberal Party. She sought psychoanalysis to help her with her dissatisfactions as early at 1939. She loved to have her fortune told, and believed in faith healing for a while.

The defining events of her lifetime were those of the Second World War. Just about to enter her 30s when it began, England had changed utterly by the time it ended. As early as 1934 she was trying to understand what it would mean. Remember she was an architectural student at the time.

War … war … the muttering goes on on all sides. War in the air. England’s lovely countryside devastated. No escape anywhere.

Yet supposing it happened. Bombs dropping, bombs bursting away the slums of London and Leeds, and the dirt and depression of all our big cities. Life will be lost of course, blood will flow in the streets, beauty will be desecrated. But afterwards – for it couldn’t last long this war in the air – if any of us have survived, if any of us can still pick up the torn threads of our lives and go on, what a magnificent chance for us to begin again. Given men of foresight and wisdom and sensitiveness, we have every opportunity of creating an age more golden than the Elizabethan. (Thursday 26th July 1934)

One of the charms of the diaries is that they lack hindsight. We know what happened, but as the war years dragged on those living through those times could not have known how long it would last, or what the effects would be on their lives.

It’s a long book, but is full of wit, humour, humanity and a questioning stance. Lovely. Just what the historian ordered.

A Notable Woman: the romantic diaries of Jean Lucey Pratt, edited by Simon Garfield and published by Canongate in 2015. 714pp

A Chelsea Concerto by Frances Faviell (November 2016). A Blitz memoir.