Miss Mole is an unlikely heroine, especially for the 1930s. She is not very young, pretty, innocent or socially well-place. She seems to delight in being less than straight forward in the early part of the novel, and we wonder what will become of her over the next 288 pages. But she quickly captivates us and we are charmed by her and by the novel. 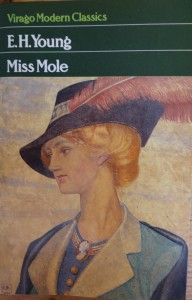 We meet Miss Mole as she is about to be dismissed from her position as companion. She has more or less engineered the dismissal herself as she is both bored and unhappy to be reduced to living at the beck and call of an old woman with restricted interests. Miss Mole does not like to be demeaned.

Hannah has a cousin, Lilla Spenser-Smith who is anxious that her relationship with a mere domestic should not be known, and so finds Miss Mole a position as a housekeeper with a non-conformist widower, The Reverend Corder, and his children. The family would be called dysfunctional today. Miss Mole finds ways to gain the trust of the children and to help them through their difficulties. Her position as a housekeeper provides her with the cover to do good within the Corder household.

The reader gradually understands that Hannah hides a secret, unknown even to Lilla, that if revealed would mean she could not be employed as a domestic servant, and that she would be ostracised by the Radstowe community. The tension of the novel increases as the revelation of this secret creeps closer, threatening to undermine her work within the Corder family.

Even to begin with Hannah Mole’s strategy is hardly effective.

We are soon made aware of Hannah’s resourcefulness, playfulness and creativity. We discover that she is a woman of integrity. It is revealed that she has helped prevent a threatened suicide. She herself is quiet about her actions although they bring her into contact with people who appreciate her: Mrs Gibson who provides temporary lodgings and friendship, Mr Blenkinsop who is struck by her liveliness of spirit. Much of the pleasure of this novel derives from her approach to life, and especially her psychological insights into the Corder family. She is not without faults, getting locked into a battle with the Rev Corder, which she realises she has undertaken in order to score a point.

This mode of telling the story reflects Hannah’s character. While she is resourceful and lively, she has to guard herself, and her past, to live a little like the mole she is named for. She is complex character and is developed through the novel so that by the final chapters we are aware of her true value.

The book deals with the nature of morality and the contrast between received morality, socially accepted behaviour and Miss Mole’s true morality. She does good to so many. She knows that they would reject her if they knew the truth about her, and so she is a challenge to the restrictive teachings of the church, the social attitudes of Lilla and her set. 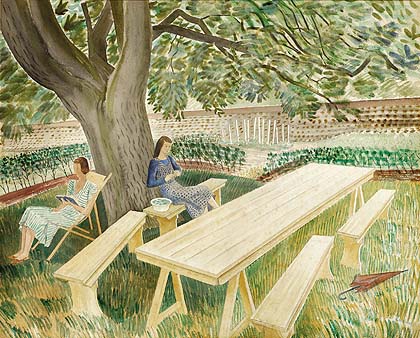 Miss Mole was recommended for the older women in fiction series. I wonder what it was about Hannah Mole that mislead the memory of that reader: she is a spinster, independent, a little down on her luck? But the happy ever after ending is unlikely to have been given to a woman of 60+, especially in the 1930s.

Stuck in a Book blog reviewed this book with enthusiasm here.

I also recommend the introduction by Sally Beauman.