The Trick to Time by Kit de Waal

Not having read My Name is Leon, I had no idea what to expect from The Trick to Timeby Kit de Waal. I chose it because I had read nothing on the Women’s Prize for Fiction 2018 long list and I recognised the author’s name. Indeed I have supported her Unbound project for an anthology of working class writers.

We follow the main character Mona in three timeframes. Mona is a child living by the sea on the west coast of Ireland, then a young woman in Birmingham married to the man she loves, pregnant with their first child, and finally nearing her 60thbirthday living alone in a seaside town in the south of England. We learn that her life has been punctured by loss, most poignantly of her child, but also of her husband William, on the night of the Birmingham pub bomb. 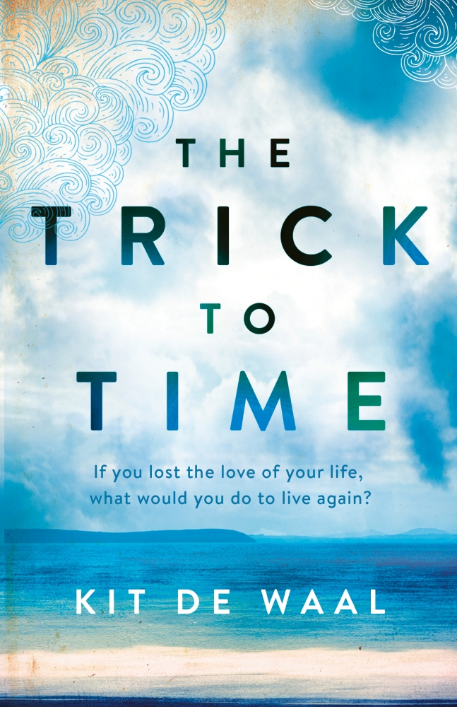 The Trick to Time

Given that the reader must follow Mona in three timeframes it is helpful that her father gave her some sound advice about time early on. They are on the beach and he is trying to persuade Mona to spend more time with her mother before she dies.

He stands up, brushes the sand from his trousers, and Mona jumps on his back for the ride home. He lollops over the dunes with her hands round his neck and her chest against his ribs.

He likes to explain things so Mona expects a good long answer that might delay them getting back home.

In this novel the characters relate to time depending on where they are in life. The young woman who helps Mona in her shop has all the time in the world. Mona is approaching 60 and feels that time is no longer on her side so she must change things for the better before drifting further.

Birdie, a cousin of her mother’s, was in love with Mona’s father, and waited for him until Mona left for Birmingham. Time was cruel to her, taking the love of her life within the year.

Val was a student nurse who attended to Mona when her daughter was still born. It was Val who found the body and brought it to Mona to hold while the hospital was in uproar from the bombing. These hours with her daughter, Beatrice, allows Mona to grieve. Every year she visits Val and her daughter’s grave, marking the years since Beatrice was lost.

Time and loss are explored with great poignancy. Mona’s love of her husband William hangs over the decades of Mona’s life that follow his loss. Love is a great healer, but it is not omnipotent.

The characters are sustained by strong communal bonds throughout. The Irish have their family connections. After the dreadful night of the IRA bomb, Mona is cared for by William’s aunts and when she looses William as well she returns to her childhood home to the care of her cousin Bridie.

In Birmingham the Irish community is strongly connected, but this leads to bad feelings after the bomb attack. In her English seaside town Mona is loosely connected to her neighbours and to those whose work supports her doll business. Some connections endure for years, like Birdie’s for Mona’s father, or the affection between Val and Mona.

To help people with the loss of their child, Mona uses an imaginative technique, getting the parents to articulate the life that might have been, recreating the time that the child would have lived. In the end she receives comfort for her own losses in this way.

It is a moving and engaging novel. 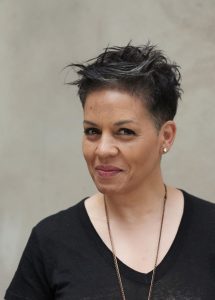 Kit de Waal was born in 1960 and brought up in the Irish community of Birmingham, the daughter of an Irish mother and a Caribbean father. Kit de Waal is her pen name. Her previous novel, My Name is Leonwas well received, shortlisted for the Costa First Novel Prize, and the Desmond Elliot Prize and winning the Kerry group Irish novel of the Year Award in 2017.

She has established a creative writing scholarship at Birkbeck, University of London, to support writers from disadvantaged background. Another project is a collection of working class writing with Unbound, which she has edited, is called Common People: an anthology of working class writers.  It is due to be published in 2018. I am proud to have supported this initiative.

In April, The Trick to Timewas reviewed on Heavenali’s blog.

The Trick to Time was long-listed for the Women’s Prize for Fiction 2018.

The Trick to Timeby Kit de Waal, published in 2018 by Viking (an imprint of Penguin Books). 262pp