Why is this book so popular? And what has it to say about older women? The judges of the Costa First Novel Award in 2014 said of Elizabeth is Missing

This outstanding debut novel grabbed us from the very first page – once you start reading you won’t be able to stop. Not only is it gripping, but it shows incredible flair and unusual skill. A very special book.

It’s doing really well in the best seller charts: #9 in the Guardian Bookshop list and #6 in the London Review of Books list. 17,443 copies sold to date and #3 in overall paperback fiction chart.

It’s included in the list for the Richard and Judy WH Smith Book Club and the Radio 2 Book Club.

(This is the 12th in the series of Older Women in Fiction reviews that I post every two months. For the full list see here.)

Maud is old and becoming very forgetful, suffering from dementia. She is the narrator, which is an ambitious aspect of the novel: the ultimate unreliable narrator? At the start of the novel she lives on her own, cared for by her daughter Helen and a professional carer, Carla.

She [Carla] picks up the carers’ folder, nodding at me, keeping eye contact until I nod back. I feel like I’m at school. There was something in my head a moment ago, a story, but I’ve lost the thread of it now. Once upon a time, is that how it started? Once upon a time, in a deep, dark forest, there lived an old, old woman named Maud. I can’t think what the next bit should be. Something about waiting for her daughter to come and visit, perhaps. It’s a shame I don’t live in a nice little cottage in a dark forest, I could just fancy that. And my granddaughter might bring me food in a basket. (3-4)

The forgetfulness is evident from the first chapter when she buys yet more tinned peaches to cover her memory lapse in the local shop. Her condition worsens as the novel progresses. She moves to live with Helen. A strategy to cope with her growing confusing used by Maud is to write herself notes. However, these accumulate and she is unable to make much sense of them.

The thing is to be systematic, try to write everything down. Elizabeth is missing and I must do something to find out what’s happened. but I’m so muddled. I can’t be sure about when I last saw her or what I’ve discovered. I’ve phoned and there’s no answer. I haven’t seen her. I think. She hasn’t been here and I haven’t been there. What next? I suppose I should go to the house. Search for clues. And whatever I find I will write it down. I must put pens in my handbag now. The thing is to be systematic. I’ve written that down too. (22)

The dominant thought in Maud’s head is her friend Elizabeth. She repeatedly tells her daughter, ‘Elizabeth is missing’.

We also come to see Maud as a young girl, through her memories (more reliable) and of the tragedy in her teenage years when her sister Sukey disappeared. This second disappearance is Maud’s concern and shapes the novel’s narrative.

Maud is an interesting character, therefore: a forgetful old woman but also a lively teenager.

The title suggests that the mystery to be solved is the disappearance of Maud’s friend Elizabeth. But it becomes apparent that she is still bothered by the unanswered question of what happened to her sister. Was she murdered by Frank, her spiv husband? Or did she disappear to escape some problem? And why has half of her compact case turned up in Elizabeth’s garden after all these years?

Maud can remember all the clues she uncovered when she searched for her missing sister. Eventually both mysteries are more or less resolved, but not before Maud has got into trouble for her inappropriate behaviour, especially towards Elizabeth’s son. It is revealed that she has been told several times that her friend Elizabeth had a stroke and is in hospital, and that she has even been to visit her.

The early part of the novel is concerned to establish Maud’s limitations. I found that it took some time to move further into the story and for the twin problems of the two missing women to emerge. In some ways this reconstructs Maud’s understanding of events, fragmentary, disconnected, illogical, always just out of sight. The first person narrative carries this well.

We get a good look at the importance of memory in managing everyday life, in learning, how change affects people, and the experience of dementia. It also reveals the generosity of Helen, and of her daughter Kate who treats Maud with respect. Some of the muddles are amusing, and reveal that dealing with Maud can be frustrating while other responses are abusive and abrupt. 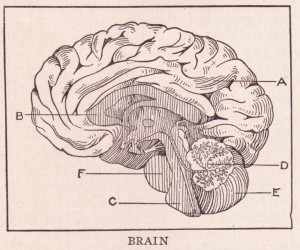 Despite losing her memory and becoming increasingly confused, Maud is not a figure of pity. Rather we admire her determination to get to the bottom of both mysteries and to deal with her difficulties with determination and good spirit. But it is in the way she behaves that she implicitly claims the respect that is due, and the dignity of her age.

The purpose of fiction is to take us into new worlds and Emma Healey has done this. We hope for more books from Emma Healey.

Annethology reviewed a number of novels related to dementia in one post: Literary Dementia.

Have you read this book? What was your view?