Tag Archives: A Month in the Country

My mind has been on the passing of time as the lockdown continued. At some point I decided to stop viewing the confinement as some kind of hiatus and accept that it was just how we are living at this time. It helped. But I think a lot about how many days, what we did this time last year, when will we be able to do some things again. It is a theme in fiction as well.

Here’s a celebration to enjoy of days, weeks, months and even years in fiction and memoir.

The Hours by Michael Cunningham

This is a kind of riff on Mrs Dalloway. The title was Virginia Woolf’s own first idea for her novel. Set in three different times and locations The Hours examines society and its difficulties. As someone who has loved reading and rereading Virginia Woolf, I find it adds a new perspective to the original without detracting from it. We have a version featuring Virginia Woolf herself, another with an American suburban housewife from the 1950s and the third set in recent decades in New York, when HIV/AIDS was rampant.

It won a Pulitzer Prize and was made into a film (2002), largely successful.

When I reviewed this thriller six years ago, I noted that rereading it had allowed me to appreciate more its admirable features. You can find that review here.

It is set in London during the Second World War, and follows a couple of lovers, Stella and Robert, and a creepy man who appears to be a stalker. But the dilemma this man Harrison, presents to Stella is at the heart of the tension. Sometimes Elizabeth Bowen’s writing forces the reader to slow down and pay attention. Overall it is an excellent and highly recommended novel.

The Remains of the Day by Kazuo Ishiguro

This is another book that is worth rereading. I find it hard to get Anthony Hopkins out of mind as the butler, Stevens, who narrates the novel. He remembers his experiences in the years leading up to the Second World War. We see that he was in love with the housekeeper, but let the opportunity to be with her slip away. He also places loyalty to his employer over everything and fails to see what he is up to. What remains of his day for Stevens is being in service to a new American employer.

The Fortnight in September

I reviewed this in a recent post, enjoying the lack of exciting plot events or twists and noting that the annual family holiday gave pleasure to the Stevens family because everything was so familiar and a repetition of previous years.

Set between the wars as the family go on holiday to Bognor, it becomes clear that it will be their last fortnight. Everything is changing, as it does.

This short novel is much loved by book bloggers and reading groups. My own extended comments can be found here.

Set in the 1920s, in the north of England, a young man comes to recover from his failed marriage and his wartime experiences. He works as a restorer of church murals and finds much to help him recover in the village: the mural, the vicar’s wife, his friends the archaeologist and the teenage nonconformist Kathy, the villagers and the countryside. It’s a very beautiful novel about acceptance of damage and variation among people.

I am tempted to use the word forensic about Joan Dideron’s analysis of the year following the sudden death of her husband and the seriously illness of their daughter.

She writes compellingly with sparseness and great precision. She provides the voice of reason commenting on her ‘magical thinking’ and with a complete focus on herself, her husband and her daughter.

You can read my expanded thought on her account here.

The Years by Virginia Woolf

As we near the end of this collection, we return to Virginia Woolf and her last published novel, The Years, which looks at the Pargiter family from 1880s to the 1930s in eleven episodes. This is the only novel of hers that I have not yet read. It gave her great pain in the writing, according to her diary.

I wonder if anyone has ever suffered so much from a book as I have from The Years. Once out I will never look at it again. It’s like a long childbirth. Think of that summer, every morning a headache, and forcing myself into that room in my nightgown, and lying down after a page: and always with the certainty of failure. Now that certainty is mercifully removed to some extent. But now I feel I don’t care what anyone says so long as I am rid of it. [Tuesday 10th November 1936]

She began it in 1933 and only finished it three years later. It was well received when it published. I look forward to tackling it myself.

The Years by Annie Ernaux

This book is a kind of collective memoir, covering the years of Annie Ernaux’s life (1940 to 2006) up to the point it was published in France. It was very extraordinary to read it, quite unsettling really. But also one of the most original and interesting books I have read recently.

When I think of my life, I see my story since childhood until today, but I cannot separate it from the world in which I lived; my story is mixed with that of my generation and the events that happened to us. [Annie Ernaux: I was so ashamed for Catherine Deneuve … by Kim Willsher. 6.4.19 Guardian]

The main character of this collective memoir is time itself. She notes that ‘we vanish into the vast anonymity of a distant generation’. (20)

Translated from the French by Alison L Strayer

Tagged as A Month in the Country, Alison L Strayer, Annie Ernaux, Birginia Woolf, Elizabeth Bowen, JL Carr, Joan Didion, Kazuo Ishiguro, Michael Cunninham, RC Sherriff, The Fortnight in September, The Heat of the Day, The Hours, The Remains of the Day, The Year of Migical Thinking, The Years 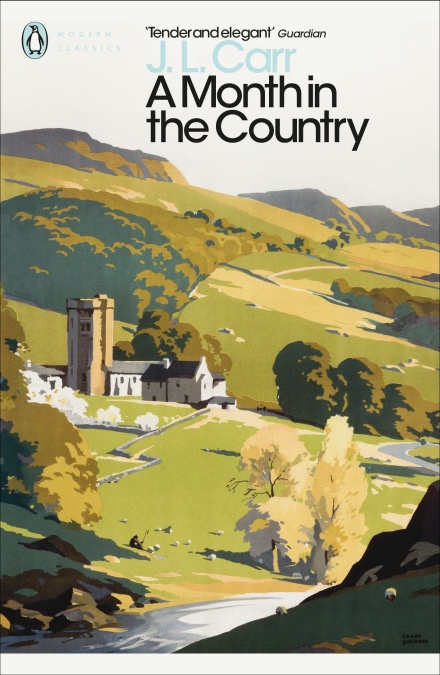