Tag Archives: A Game of Hide and Seek

A Game of Hide-and-Seek by Elizabeth Taylor

After the stress and upheaval of moving I was anticipating pleasure and relaxation when I started to read Elizabeth Taylor’s fifth novel, A Game of Hide-and-Seek. But what I got was more tension, and more stress. 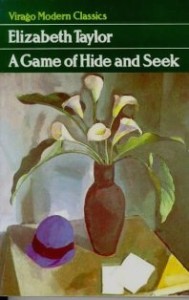 This is a love story. The tension in Part One arises from two young people becoming aware of feelings of love. Harriet and Vesey are in their late teens. Neither has much going for them. Vesey is staying with his aunt Caroline, before going up to Oxford. He has all the bad grace and gaucheness of an adolescent, is very absorbed in himself. His behaviour towards Harriet is sometimes hurtful and unreliable.

Harriet has done badly at school and lives in the shadow of her suffragette mother, Lilian. She goes to work for her mother’s greatest friend and comrade-in-arms, Caroline. She types letters and looks after the children. She cries at everything.

The events of Part Two take place twenty years later. The Second World War has taken place before Vesey reappears in Harriet’s life. They quickly realise that they are still in love. Vesey has not been able to make much of himself, left Oxford early, and after the war has joined a touring company as an actor, playing Laertes to someone else’s Hamlet. Harriet however has made a life for herself, represented by the house in Jessica Terrace, with its tasteful middle-class décor. She married Charles, who is older than her. He is honest, solid, dependable and plays the piano. They have a daughter, Betsy, who is 15. As Vesey was in his late teens, she is very absorbed with herself, forever striking poses, prone to unsuitable flights of fancy. She also falls for people, first her Greek teacher Miss Bell and then Vesey.

The central question of the novel is what will happen to Vesey and Harriet now they have reconnected? Harriet is the stronger of the two and the one who must consider what to do. Whatever course of action she takes other people will be hurt. And there is the troubling question of what is right – to follow one’s heart or to honour loyalty and the duties of motherhood and marriage? While she prevaricates Charles behaves jealously and discomforts them both. Betsy reads her mother’s letters from Vesey and decides that he is her father. She goes off the rails at school.

The resolution, any resolution, will be painful. A Game of Hide-and-Seek is an intense exploration of fidelity and loyalty, the dilemmas of marriage and love and loneliness. 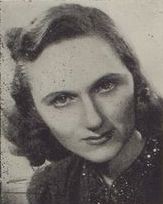 It is a challenge for a writer to create consistent but authentic characters when the action is separated by twenty years. Elizabeth Taylor manages this through the quality of her prose, the precision of the details that shows the nuances of the love affair. Compare these two walks that the lovers take.

For the first ten minutes they were explaining to one another why they had chosen to go for this walk together. Boredom had driven them to it, they decided; a fear, on Vesey’s part, lest he should be asked by Hugo to mow and mark the tennis-lawn; a wish on Harriet’s part, to collect wild-flowers for the children to draw. If the walk turned out badly, it could be the fault of neither, for neither had desired it nor attached importance to it. In a few years’ time, they would be dissembling the other way; professing pleasure they did not feel, undreamed of eagerness. They had not yet learned to gush. Their protestations were of an oafish kind.

When they had established their lack of interest in being together, they became silent. Harriet gathered a large bunch of quaking-grass from under a hedge. Vesey kicked a stone down the middle of the road. (p11)

The second walk is their first time together as mature adults.

At the edge of the lake there were iron seats. When they sat down, some ducks came up through the reeds as if waiting to be fed. After a while, they dispersed again, diving into the water disconsolately. Vesey put his arm inside Harriet’s coat and drew her close to him. Sitting with his cheek against her hair, he did not kiss her, but stared across the water of the lake. For a long while they sat peacefully together. (p145)

Both walks serve to indicate the commitment of the lovers to each other, but their moods are quite different. The silence of the later meeting reveals as much as the reported speech of their earlier walk. We recognise them as the same people, as they do themselves, but in the later encounter they have experience, insight and less awkwardness. The simple phrase, ‘he did not kiss her’ reveals a great deal about their relationship, about its transcending the physical at this moment. In the early encounter they pursue different objects – Harriet the grass, Vesey the stone. But on the later occasion, the time they spent divided from each other has dissolved and now they can sit peacefully together.

As I read her novels in the order they were published, I enjoy three details of her writing. The first is her references to other writers and novels. In A Game of Hide-and-Seek, Vesey announced to Harriet that he wanted to be a writer, but not a novelist.

“The novel is practically finished as an art form,” he replied.

“I suppose it is,” said Harriet.

“Virginia Woolf has brought it to the edge of ruin.”

I like the layers of humour implied in this little exchange; Vesey is confident and wrong; Harriet is unable to add anything; the writer is letting us know a thing or two about the couple while smiling at a joke about novels. Charles likes reading Persuasion, rather a bad choice for one who fears enduring love. And Harriet’s friend Kitty cautions her against following her feelings by warning her of the fate of Madame Bovary.

Second, I am increasingly admiring the cast of other characters, who are not ciphers. They often provide much of the humour. After Vesey has left Caroline’s house, Harriet takes a job at a dress shop and this provides her with an education – about men, depilatory methods, what to wear on special occasions, how to treat the boss. Her co-workers are a carefully differentiated trio of single women, Misses Brimpton, Lazenby and Lovelace. This is the brief but knowing description of Miss Lovelace:

Warm, large-bosomed, full of dove-like murmurings, she bridged, and had bridged, for many married men the gulf between mother and wife; she encouraged them in self-pity and was an exciting mixture of paramour and nursery-governess. There was no sort of woman that she had not been at one time or another. (p60)

And third, Elizabeth Taylor frequently includes a character with a derivative of her own first name. There is Beth in A View of the Harbour, and Liz in A Wreath of Roses, for example. In this novel it is Betsy, the rather histrionic daughter. These are not self-portraits. Perhaps it was a kind of game she was playing.

A note: the introduction in the Virago edition by Elizabeth Jane Howard is one the best in this series so far.