Why do fiction writers so often use sisters in their novels? Is it because sisters usually have good relationships, certainly long ones, and allow authors to explore a variety of themes: growing up, marital prospects, contrasting experiences, enduring relationships or rivalries. Here are some thoughts on sisterly novels.

What little girls must learn? Little Women by Louisa May Alcott

Everybody’s favourite gives us the lessons that must be learned about how little girls turn into grown ups. Who doesn’t identify with Jo Marsh, and who doesn’t yearn for the simplicities of 19th Century New England childhoods? We learn that sisters must grow up right, and that more than two of them ensures terrible trouble for the family.

The marriage market: Pride and Prejudice by Jane Austen

Five sisters, again a problem for their parents, and here specifically in the meat market that was an un-moneyed middle class Georgian England search for husbands. How will the sisters get their men? They are beautiful (Jane), intelligent and with bright eyes (Elizabeth), wanton (Lydia), boring (Mary) and stay-at-home (Kitty).

The delights of this novel include the mutually supportive relationship between Jane and Elizabeth Bennet, and the satisfaction in them both getting nice (rich) husbands.

Fiction is full of examples of sisters who grow up differently in the same household. The convenient contrast allows authors to look at the effects of birth order: the older having more responsibility than younger sisters. That is certainly true of the saintly Eleanor who is thwarted by Marianne’s gullibility in Sense and Sensibility. Jane Austen’s novels are full of contrasting sisters: Anne and her sisters, (patient, selfish and grasping) in Persuasion, and the play-acting rivals Maria and Julia Bartram in Mansfield Park. 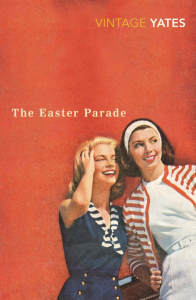 Richard Yates took the contrast between two sisters’ lives from before the war to the 60s to tell a sad story of alcoholism and marriage failure.

Sarah, the older sister, quickly settles for the most classy man her mother finds for her. He turns out not to be classy, and also turns out to be a wife beater. His attitudes are typical blue collar American despite his English education.

Emily, the younger sister, chooses lots of men, and also ends up lost, without success and unemployed. Only her nephew, who is an ordained minister, seems to offer any hope or understanding. Everyone else has been consumed by drink.

For a very good review check out Jacquiwine’s Journal on Easter Parade.

Contrasts 3: They were Sisters by Dorothy Whipple 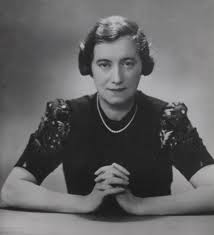 I haven’t read this yet, but the Persephone catalogue describes it as ‘A 1943 novel by this superb writer, contrasting three different marriages’. Dorothy Whipple has a good eye for family relationships. See my review of Greenbanks.

They were Sisters by Dorothy Whipple, published by Persephone.

This novel defies description. The sisters, Ruthie and Lucille, live in a weird and rather isolated environment, called Fishbone, in the American Mid-West. They are orphans and a succession of relatives fails to look after them. Finally, their aunt cares for them until the younger sister breaks away. The scene of the flooded house lives in my memory.

Housekeeping by Marilynne Robinson, published in the UK by Faber & Faber 224pp.

The central mystery of this successful novel is Maud’s attempt to find out what happened to her sister since she disappeared at the end of the war. She pursues the clues, despite the passage of time and her own fading mental powers.

For more on this novel see the post in the older women in fiction series. 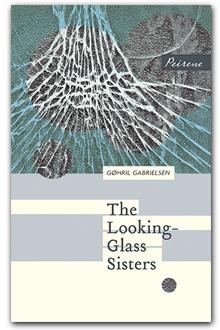 The unrelenting horror of this story of a co-dependent relationship turned worse and more destructive by the page is a contrast to the other novels mentioned here.

The story is set in the remote far north of Norway. Two sisters live in a house, their parents have died. They are middle aged but the narrator recalls their earlier lives. She is younger and disabled, having lost the use of her legs in childhood, an outcome she partly blames on her sister for not alerting her parents to her worsening illness. The younger sister riles and deliberately provokes and annoys her older carer. The situation is changed by the arrival of Johan, and his inability to cope with the invalid and the invalid’s jealousy of her sister. The situation declines and declines and in the end everything is terrible.

Translated from the Norwegian by John Irons

Sisters are doing it themselves!

On the whole, sisterhood is good in fiction, as in life. It is not surprising that the second wave of feminism took to calling all women sisters.

But there is ambivalence in these novels (and perhaps life). The relationship is not always easy. In novels, especially from the 19th century it seems that there is always a fear that one woman’s marriage/achievements will spell another’s poverty.

Have you any suggestions about why sisters appear so often in novels? What other fictional sisters would you recommend?

20 Responses to Sisters in Fiction