Last night I dreamt I went to Manderley again. (1)

These are the famous opening words of the fourth novel in my Decades Project, and we are into the 1930s. It’s the era of the talkies, threats of European war, the country house and its hierarchical servants. We have moved from the cosy village whodunit of The Murder of Roger Ackroyd, set in an unchanging village society in Devon to a large house in the next county. Cornwall is the setting for this psychological-romantic thriller. 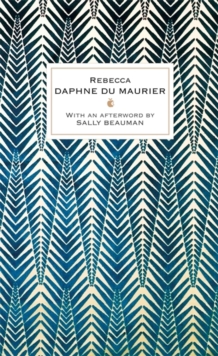 A young girl, (we never know her name) is plucked from nothing. She narrates the story of her marriage to Maxim de Winter and the brief period when they lived at Manderley. From her dream in the first chapter we know that something bad happened here and that she no longer lives in the beautiful house. And from the second chapter we learn that she is still devoted to her husband, Maxim de Winter, but they live a solitary life in continental hotels. ‘Manderley is no more’.

The narrator met Maxim in Monte Carlo while she was employed as a companion to the most awful Mrs Van Hopper. Her employer is a snob, who sees the narrator as a nothing. Indeed, the narrator looses no opportunity to tell us she is poor, unremarkable to look at with lank hair and a flat chest, and with awkward social manners resulting from shyness. Maxim is 42 but despite the difference in their ages they enjoy each other’s company while Mrs Van Hopper is ill.

Maxim rescues the girl from her employer, marries her and takes back to Manderley. In her new home everything serves to emphasise the young bride’s differences to the previous Mrs de Winter, who died about 9 months earlier in a boating accident.

The most sharply drawn character is Mrs Danvers, the Manderley housekeeper. Our heroine is disempowered by Mrs Danvers, the expectations of their social group, and the unfamiliarity of a large country house. In her mind she builds the picture of Maxim’s previous idyllic marriage, and lives in her mousey way under Rebecca’s spell, increasingly believing that Maxim does not love her and is still in love with Rebecca.

When Rebecca’s boat is recovered, her noxious cousin and lover raises the possibility that Maxim murdered her. Maxim tells his new bride what actually happened and that he loathed Rebecca and loves his new bride. Eventually the tensions are allayed when it became clear that Rebecca was gravely ill and engineered her own death.

Reading the story the reader is caught up with the naivety of the young bride, feeling her gaucheness, her uncertainty about her new life, the pernicious influence of Mrs Danvers, and her inability to understand Maxim’s behaviour towards her. It is a kind of Jane Eyre, Cinderella, or imposter syndrome story. The poor wee little girl gets her man and his wealth in the end.

There is an alternative way of looking at this story, and readers who wish to retain the idea that Rebecca is a lovely romantic novel should read no further. 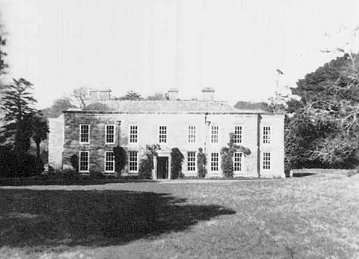 Menabilly House, Fowey, Cornwall, in 1920s – the inspiration for Manderley. via WikiComons

What Daphne du Maurier asks us to believe in Rebecca

Maxim is a neglectful and unkind older man who picks an innocent young woman to marry. Maxim is a man of the world, and at 42 on a few weeks’ acquaintance marries a gauche girl with very little polish or anything else to recommend her. He gives her very little help in her new responsibilities at Manderley. This is left the agent Frank Crawley.

The hero treats his wife badly. He is bound up with himself and his concerns and gives her no help in unfamiliar social engagements, the running of the house, her relationship with Mrs Danvers or, crucially, the nature of his previous marriage. He allows her to founder and she suffers.

Maxim is a murderer. He murders a woman who has just told him she is pregnant.

The narrator is especially feeble when confronting the house that has been moulded by Rebecca. She does not change the furniture, the food, the flower arrangements, acquiesces to everything Mrs Danvers or Maxim has arranged. Rather prone to imagining how things might be, she never even drams of putting her mark on the house or on Maxim’s life. I found her very feeble, always twisting her handkerchief in her fingers.

When Maxim confesses to murder his second wife hears only that he did not love Rebecca. He is a murderer. He is a wife murderer. But he loves her not Rebecca. She stands by him, excuses his crime, supports him in the efforts to pervert the course of justice.

They run away to Europe despite being exonerated. The house is destroyed by fire, probably by Mrs Danvers at the instigation of Rebecca’s foul cousin, so the De Winters go abroad and hide, desperate for news and the old rituals of Manderley. They are not happy.

Rebecca is a classic novel, loved by many. But it invites the reader to collude in the unassertive behaviour of the narrator and in the acceptability of a heinous crime. It is a crime even if Rebecca was a monster. (We never get to see her except through Maxim’s and Mrs Danvers’ accounts.) It is a crime even if it is suicide by enraged husband (a variation of the American suicide by police) Maxim did not know that Rebecca was ill and that she feared a slow and painful death above all else.

Perhaps we are distracted by Mrs Danvers and the other vivid characters. Mrs Van Hopper is a delight, a stupid version of Mrs Catherine de Burgh. Each of the Manderley servants, Maxim’s sister are all believable characters, and sometimes very humorous.

I got a little fed up with the endless speculations of the narrator on the possible explanations or outcomes of every situation. It’s a long novel and many of her fears could have been reduced or avoided I felt. 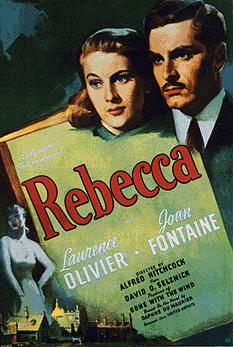 Any reading of Rebecca is influenced by the 1940 Hitchcock film starring Joan Fontaine and Laurence Olivier. Hitchcock did not allow his hero to shoot Rebecca, by the way. Her death during a struggle was accidental.

I took my idea for the Decades Project from my library’s Reading Passport scheme. To encourage readers the passport is stamped on completion of a book from a different decade. I like the idea of selecting a book from every decade from 1900 onwards. I am reading one a month, from 1900s in January, from 1920s in February and so on and review them here. 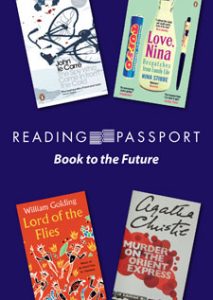 I am still musing on what to read from the 1940s for May’s choice. I am tempted by They were Sisters by Dorothy Whipple. Please make suggestions for subsequent decades, 1950s and 1960s.