On the tricky topic of titles

Titles – they are very difficult to get right – for a short story, a blog post, our book, the chapters in our book, my draft novel, the writing group’s anthology. The title has to do so much work that it requires hours of discussion, days of rumination and much experimentation.

Eileen and I rejected many, many titles for our book on retirement: The Golden Hours, How to Retire with Dignity, Retiring Now, Not your usual Retirement Guide. Our working title up to the point where we were about to hand over the manuscript was The New Retiring Book. It was our editor and publisher that found the right title: Retiring with Attitude. It says exactly what’s in the tin.

So what is the work of the title? 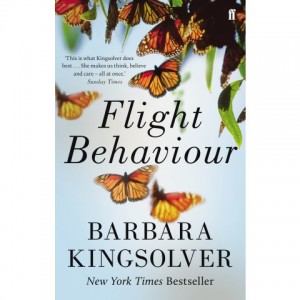 The title is assisted by the cover design in indicating the book’s genre to the purchaser/reader as well as what the book is about and whether it’s the kind of book they want to buy/read. It helps if it is memorable for recommendations, word of mouth and requests in bookstores. You know, that book about the butterflies: Flight Behavior by Barbara Kingsolver. There is a whole book about this: Weird Things Customers say in Bookshops by Jen Campbell. Check out Jen Campbell’s website here for more stories (such as ‘Have you got a signed copy of Shakespeare’s plays?’)

The title can also entice or invite the reader. It might imply a question: The Aftermath (by Rhidian Brook) of what? The Secret of the Gorge (Malcolm Saville). So what is the secret? asks the title.

Or it might be intriguing like these examples: If Nobody Speaks of Remarkable Things by Jon McGregor, The Twin by Gerbrand Bakker.

Pride and Prejudice might have been called The Bennet Sisters or How to get your Husband. But that would have been to misdirect attention. Jane Austen knew a thing or two about what impedes good relationships. She originally had First Impressions in mind but when she revised the book the title went further.

Catch-22 (by Joseph Heller) is such a good title it has become a figure of speech. It directs the reader to the madness and illogicality of war that binds everyone.

There is particular art to getting the right title for a blog post. Like in a bookshop it needs to capture attention, but in a very brief time. Apparently 8 out of 10 users will read the title, only 2 out of 10 will read the content. Guidance for bloggers abounds and I will add to the advice in a post next month, but here’s a teaser: it’s about questions and numbers and dire warnings!

It’s hard getting the right title

Every book I have ever been involved in publishing (all non-fiction) has involved much agony and hours of discussion about the title, jokey titles, working titles, disparaging titles and anti-titles until the point where the right one arrives. Or perhaps that’s just one right one among several.

I recall a very creative lunch when Eileen and I brain stormed the most silly and excellent ideas for the chapter titles in Retiring with Attitude. We quickly found Retirement ain’t what it used to be and went on to This is your rainy day. It felt very creative in a way that endless chapter revisions did not.

Until a month ago the book I am currently involved in writing (there are three authors) was called Ageing Now. We persuaded the publisher that this was a working title when we negotiated the contract, and we have become increasingly aware of its limitations as we have engaged with the writing: it doesn’t say much about the book; it’s too vague about content, readership, and purpose. We have a better one now. WATCH THIS SPACE!

And not having a title says something too, gives the reader more work to do. One of the writers in my writing group recently read a poem with no title and we had a lively discussion about that: what it did to the listener to have no title, did it need one, what the title might be, why she had not given it one. Thanks to the group for the discussion.

And some that got away 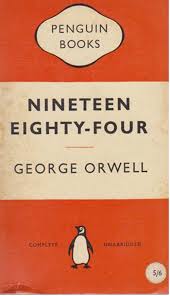 Strangers from within by William Golding became Lord of the Flies.

The Mute by Carson McCullers became The Heart is a lonely Hunter.

The Last Man in Europe by George Orwell became 1984.

At This Point in Time by Carl Bernstein and Bob Woodward became All the president’s Men.

These come from a blog by Anne R. Allen in a post called 10 Tips for Choosing the Right Title in the E-Age.

Can you spot the Alternate Titles in the quiz on The Reading Room blog?

How do you go about finding or creating the titles for your writings?

Filed under Books, My novel, Publishing our book

12 Responses to On the tricky topic of titles