The most awful thing in Mossy Trotter’s life is the prospect of being a page boy at Miss Silkin’s wedding. Mossy is seven years old. This should not happen to him. He will have to wear velvet trousers and a frilled blouse. His reputation is at stake. 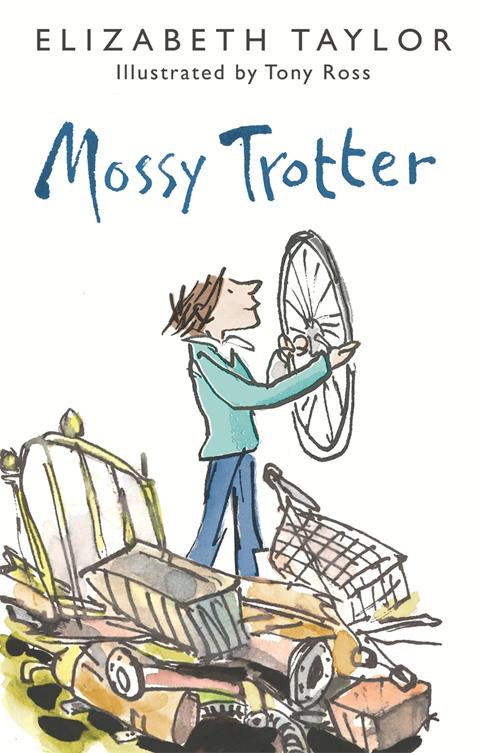 Mossy Trotter was Elizabeth Taylor’s only book for children. It was first published in 1967 when childhoods were less supervised. Her other twelve novels were all written for adults. You can find the reviews of them by clicking on the category Novels of Elizabeth Taylor. 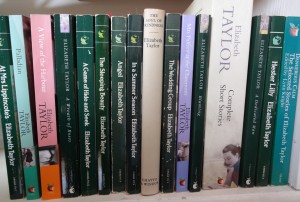 The short novel takes the reader through some adventures and some changes in Mossy’s life. He has his tonsils removed, becomes lost with his sister, gets into scrapes, nearly sacrifices his birthday party, has a new baby brother and attends Miss Silkin’s wedding – yes as a pageboy.

This is life as a boy of seven would live in the outskirts of London in the late 60s. The characters are authentic. Here is a description of Mossy’s mother.

Like many mothers, Mossy’s was rather changeable. He could not always be sure where he stood with her. Although she tried very hard never to break promises, she broke threats, which in a way are a kind of black promise. She would send Mossy to his bedroom for having misbehaved, and then in a minute or two, tell him he could come down; or he would be told that if he were naughty he could not have chocolate cake for tea, and be given it for supper instead. It was a shocking way to bring up children, he once heard his father say. (12)

But we know that Mossy is being well brought up. He is miserable to think he had worried his mother when he gets lost with his three-year-old sister Emma. And his mother brings him exactly the right present when he is in hospital after having his tonsils out.

Mossy has to deal with some difficult dilemmas, again reflecting the reality of children’s lives: what to do about the threatened birthday party; telling lies that help out his grandfather; telling lies that multiply and result in humiliation and so on.

Mossy’s real name was Robert Mossman Trotter. The middle name was after his Grandfather Mossman Trotter, and he was called Mossy to avoid muddling him with his father, who had the same name. (42-3)

During the story Mossy develops his understanding of his world and especially of the adults in his life. We see Mossy more clearly because he is set against his mother’s friend Miss Silkin, an adult who understands little of children. Indeed the novel begins with her comment that the Common must be paradise for children. Mossy is bemused for he knows that ‘Standing where she was she could not possibly see the beautiful rubbish dump among the bracken’. (1) Readers of all ages would know that Miss Silkin’s and Mossy’s ideas of paradise are at odds.

Indeed Miss Silkin and Mossy are at odds about yet more important things: he hates the furs she wears. This is what he sees:

… two long, thin dead animals with yellow glass eyes in their heads. Mossy wondered if they had once upon a time been rats. One head peeped over Miss Silkin’s shoulder, and little paws hung limply down her back. (2-3)

Not only does she wear rat-like furs, but her favourite cake is seedy cake, and she is going to get married and wants Mossy to be the page boy. He learns to tolerate her presence.

Mossy’s relationship with his parents is happier. His father is rather distant but sometimes his accomplice; his mother is in consistent but the most comfortable adult in his life; and with his grandfather he shares excitement and pleasure in fast cars.

Mossy does things wrong, gets lost with his little sister, tells lies, gets messy with newly laid tar. When he’s punished for one bit of bad behaviour he takes revenge by drawing he draws a picture of his teacher and his father on the side of a drawer, believing it will never be found.

… he drew the nastiest face he could for Miss Blackett, with crooked teeth and spots all over her, and hair like a mop, and his father with a long nose and crossed eyes, and fleas the size of bumble-bees swarming out of his fuzzy hair. Then he slid the drawer back and felt better. (115-6) 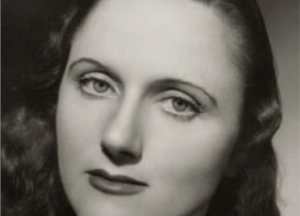 Elizabeth Taylor knows children and she writes well both for and about them. The extracts demonstrate that she writes simply but does not simplify Mossy’s complex emotions and responses. Here is Mossy’s experience as he lay in bed with a fever one summer’s evening.

A delicious smell of wet garden came into the bedroom, and then Mossy heard the swish-swish of water against the wall below his window. Father was hosing the hot bricks which had stored up the day’s sun, and a coolness began to come off them. There was the sound of dripping leaves, as the water spattered on the climbing rose. (78)

And here is Mossy as he realises he is lost with his little sister on the Common.

In some ways, having Emma with him made him braver. But in different ways it made him feel more fearful.

‘Listen,’ he said comfortingly to her. ‘This is a very exciting adventure. It’s like Babes in the Wood.’

It was certainly the wrong thing to have said, for at once she began to boo-hoo more loudly. ‘There might be wolfs.’

‘”Wolves”,’ he said, to correct her. But she thought he was just agreeing with her, and shrieked louder than ever. (63)

As several extracts show, there is affectionate humour in the telling of this story.

In her other books we might remember the children are interesting characters in their own right. In At Mrs Lippincotes, A View of the Harbour, Angel (as a child), the children are real people. 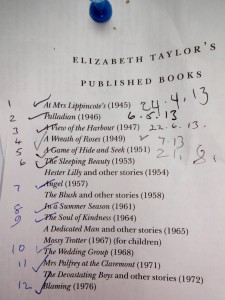 And as if to prove this, her son, in his introduction tells us that recently

I was moving some furniture that had been handed down by my parents and I happened to open a chest of drawers. Inside I found a pencil drawing of a man’s head, with lots of dots hovering over it. Beneath in childish writing were the words ‘John Taylor has fleas’. (iv)

I recommend you get this book to share with a child and/or to enjoy yourself.

The lively illustrations by Tony Ross exactly capture the spirit of Mossy Trotter.

Related link: review of Mrs Palfrey at the Claremont

Furrowed Middlebrow reviewed Mossy Trotter earlier this year, with some of the original illustrations.