National Library Day is Saturday 6th February. Here we are again, defending public libraries, arguing for them to be kept open in the face of so-called austerity, reminding people of the value of free access to books.

Public libraries are in danger. Cutting them is a shortsighted policy; libraries contribute in the long run to many, many people’s knowledge and understanding, to their creative abilities and to their imagination and wonder. They do not cost much, in comparison with, say Trident or HS2 or keeping people in prisons.

the thin red line between civilisation and barbarism.

Nakaseke is a very rural region. Most of the population live as subsistence farmers, growing crops like coffee, maize or beans or raising animals. This is not a rich area. Perhaps sometimes people have enough produce to sell and make extra money, but very few people have books in their homes. No one has a computer to access the internet. This is why the library is so important for the community here.

For the farmers of Nakaseke, the information the library provides is vital. It can mean the difference between a good crop and a bad one. A good crop will feed their families and leave something over to sell. A bad crop can mean ruin.

There are no books in the schools here – they do not even have money to buy desks or chairs for the children. The classrooms are bare. So we run outreach programmes for the children, which means that up to 100 children might be in the library – so many we have to put half of them in our reading tent outside.

Nakaseke library has been supported by Book Aid International since 2003. Their slogan is BOOKS CHANGE LIVES. 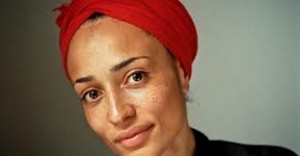 Zadie Smith tried to save Kensal Rise Library in London, but it was closed with 5 others in 2011, saving £1m annually.

I can see that if you went to Eton or Harrow, like so many of the present government, it is hard to see how important it is to have a local library. But then, it’s always difficult to explain to people with money what it’s like to have very little. But the low motives [of the government] as it tries to worm out of its commitment … is a policy so shameful that they will never live it down.” Local libraries, Smith said, are “gateways to better, improved lives”. (Guardian 16th 2015)

The article that reported this goes on to list other libraries under threat in Fife, Newcastle, Liverpool and Lewisham in London. Writers such as Zadie Smith and many others are active in the campaign to save them. 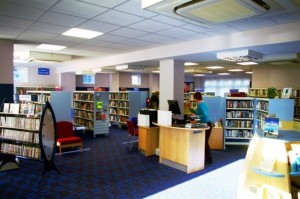 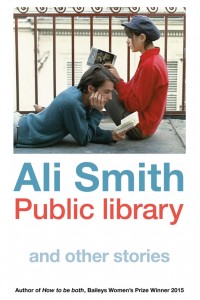 She is one of the most inventive writers of the current day. Her novel How to be both was the success of last year. In 2015 Ali Smith also published Public Library and other stories. The book contains 12 short stories, none of them called Public Library. The title comes from the interspersed comments from other bookish people about the importance of libraries, especially for younger people. The theme of the collection concerns the benefits of reading, not only for writing but also for connections between people.

Ali Smith’s stories demonstrate over and over again the power of the word, delights readers with her inventiveness, her creativity, her quirky view on things so that it is as if she takes you by the shoulders and shows you a familiar thing in a different way.

She is playful with words and informative about their histories. And she lists, lingers on lists of everything. Her stories connect people through fiction, (Katherine Mansfield) and other cultural things (Dusty Springfield, Scotland).

The importance of books and libraries cannot be denied.

One short story from the collection made available to download and read by Pool here: The Art of Elsewhere.

Public Library and other stories by Ali Smith, published in 2015 by Hamish Hamilton. 220 pp

And another witness – Peanuts!

11 Responses to Libraries again and again