In Gratitude by Jenny Diski

I came to know Jenny Diski through the London Review of Books, in which her ‘cancer diaries’ appeared. I followed her as she published 17 articles, from September 2014 until earlier this year and admired the vividness and honesty of her writing.

Here is a taste of her approach and style from the opening paragraph:

The future flashed before my eyes in all its preordained banality. Embarrassment, at first, to the exclusion of all other feelings. But embarrassment curled at the edges with a weariness, the sort that comes over you when you are set on a track by something outside your control, and which, although it is not your experience, is so known in all its cultural forms that you could unscrew the cap of your pen in your hand and jot down in the notebook on your lap every single thing that will happen and everything that will be felt for the foreseeable future. Including the surprises. (1)

Rejection of Metaphors of fighting cancer

Her writing appealed to me because, in her first article, I read this statement.

One thing I state as soon as we are out of the door: ‘Under no circumstances is anyone to say that I lost a battle with cancer. Or that I bore it bravely. I am not fighting, losing, winning or bearing.’ I will not personify the cancer cells inside me in any form. I reject all metaphors of attack or enmity in the midst, and will have nothing whatever to do with any notion of desert, punishment, fairness or unfairness, or any kind of moral causality. (10)

Glynis in Lionel Shriver’s novel, So Much for That, makes a similar comment. The metaphor of fighting can blame the loser for losing – you didn’t fight hard enough! In the case of Glynis, she was fighting the US health insurance system, which decided that the rarity of her cancer made her uneconomic to research or treat. 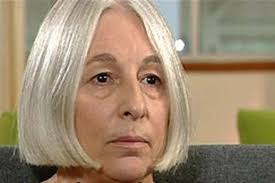 And despite the ‘preordained banality’ and the rejection of the metaphor of fighting cancer, Jenny Diski decided to write about her illness.

I’m a writer. I’ve got cancer. Am I going to write about it? How am I not? I pretended for a moment that I might not, but knew I had to, because writing is what I do and now cancer is what I do, too. (11)

And so over the next months I read the diaries as they appeared in the LRB, and marvelled at the quality of the prose, how Jenny Diski used her skills to examine the experience of treatment and facing terminal illness. Of course I admired her bravery, but was mostly absorbed in her writing because it was taking me into an experience with which I had only a small amount of familiarity: the best kind of writing.

I also enjoyed her humour, not so much the graveyard kind as of a good companion who finds humour and humanity, life, even in cancer treatment. The ‘Onc Doc’ is an example. So is the description of the radiotherapy procedures. And when the articles were collected and put together in a book, published more or less as she died in April, I bought the book and read it all again. 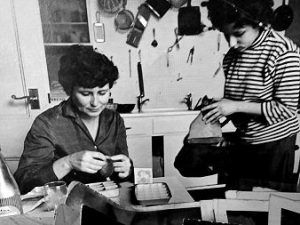 Doris Lessing and Jenny Diski in 1963

And Doris Lessing came into the book a great deal. Jenny Diski had a very troubled adolescence, her mother and father seem to have been unable to parent her. After experiences in psychiatric wards and in care, she spent some time at St Christopher’s School, where Doris’s son Peter met her. Doris Lessing offered to take her into her home in London. It was a decisive change in her life, even if it was not altogether successful, not the end of Jenny Diski’s troubled youth.

I must admit that my admiration for Doris Lessing has somewhat reduced as a result of this account. But the gratitude of the title is in part for the generosity of the older woman. How it corresponds with the cancer diary aspect of this book is not clear to me. But it was fascinating. A unique story retold. 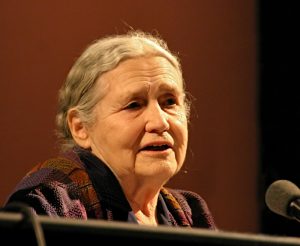 Since I first read her articles a friend has also been diagnosed with, treated for and very recently died of cancer. I look back at the opening paragraph of In Gratitude. I too found the banality, embarrassment and weariness of cancer treatment and death. And everything that happened, everything that was felt, including the surprises, was lived again by another set of people.

Jenny Diski wrote many novels including:

Tagged as Bloomsbury, cancer, cancer diaries, Doris Lessing, In Gratitude, Jenny Diski, Lionel Shriver, London Review of Books, So Much for That

8 Responses to In Gratitude by Jenny Diski