Ursula K. Le Guin died in January this year. She was a writer that I admired greatly. I came to her in my 20s through the children’s book A Wizard of Earthsea, and moved on to her adult novels, mostly sci-fi set on planets with a resemblance to Earth or with characters that shared traits with humans.

Lately I have come to enjoy her essays. Here is an example from Introducing Myself in The Wave in the Mind:

That’s who I am. I am the generic he, as in, “If anybody needs an abortion he will have to go to another state,” or “A writer knows which side his bread is buttered on.” That’s me, the writer, him. I am a man. Not maybe a first-rate man. (3)

You can hear her reading this on BBC Radio 4 here.

Recently I have been using Steering the Craft, Exercises and discussions on Story Writing for the Lone Navigator or the Mutinous Crew.

You can describe her as a writer (or a man) but she was also an anthropologist, a thinker, a feminist and an encourager of others and many other things.

I enjoy reading about writing and her thoughts on imagination filled me with positivity. What follows is a revised version of a post from July last year. There are more posts about Ursula K. Le Guin on Bookword blog.

It’s always good to find someone who practises what she preaches, and even better when that someone is a writer. In this case, it’s Ursula K. Le Guin, who writes about writing as well as having given readers some of the most imaginative fiction there is. She combines story and thoughtfulness in ways that enthral children as well as adults. The key word is imagination. What is it? Why is it so important?

Imagination is not the same as Creativity 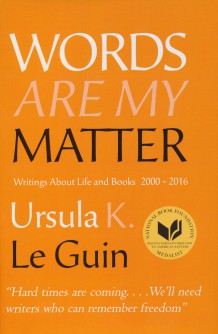 Ursula K. Le Guin’s imagination did not leave us on earth. She took us to other planets, other times, other cultures and showed us that our world could be other, different, we could make it better. And this difference depends on our imaginations – her imagination as a writer, and ours as readers (and writers).

The word ‘imagination’ is often used interchangeably with ‘creativity’ she notes in The Operating Instructions, her talk in 2002 to a meeting of the Oregon Literary Arts, reprinted in Words are my Matter. But it is worth considering why we have two words, and why one might serve writers better.

Businesses and many organisations like the word creativity because it sounds as if it leads to outcomes: there will be creations. As Ursula K. Le Guin says

Ursula K. Le Guin made the strong connection between imagination, literacy, words, cultural stories and hope for the world in her speech. I find this short piece inspiring. I immediately want to take imagination for a walk.

Literacy, the capacity to use words is central to learning to use imagination.

Stories are the ways that cultures define themselves and teach their children how to be people and members of their people. She has explored these ideas in the novels, the Earthsea Trilogy. I recommend these for an imaginative quest for the significance of words and naming by a novice wizard as he journeys towards maturity and wisdom. 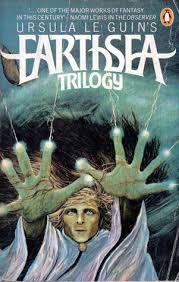 The stories of our culture, she said in the talk, provide us with a home. And therein lies the importance of reading and the understanding that using imagination is a community activity: 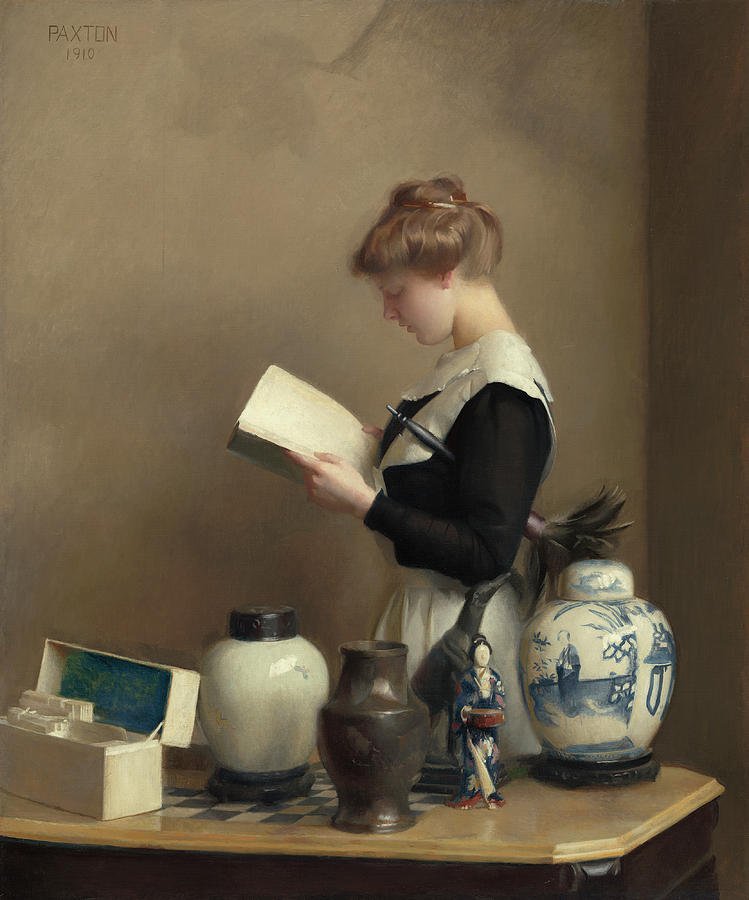 At the opening of her talk, Ursula K. Le Guin referred to the instrumental view of learning and literacy summed up in this way: ‘Literacy is so you can read the operating instructions’. She ends with a proposed revision.

The reason literacy is important is that literature isthe operating instructions. The best manual we have. The most useful guide to the country we are visiting, life. (6)

We must never stop using our imaginations. We must never stop training ourselves and younger generations in the skills of imagination. We must feed it with words and stories, with connections beyond our ‘physical & conscious cognizance’, with joy and those of us who write must follow the example of Ursula K. Le Guin.

Words are my Matter: writings about life and books 2000-2016 by Ursula K. Le Guin, published by Small Beer Press in 2016. It includes the text of her talk The Operating Instructions.

The Wave in the Mind: talks and essays on the writer, the reader and the imagination by Ursula K. Le Guin, published in 20014 by Shambhala Publications

The Earthsea Trilogy by Ursula K. Le Guin published together 1979. The three stories had been published separately, including by Puffin Books in 1972-1974.

Steering the Craft, Exercises and discussions on Story Writing for the Lone Navigator or the Mutinous Crew by Ursula K. Le Guin, published by The Eight Mountain Press in 1998.

The Left Hand of Darkness by Ursula K. Le Guin first published in 1969. I have an edition published by Orbit in 1992. Winner of both the Hugo and the Nebula Awards in 1970.

My review of The Left Hand of Darknessby Ursula Le Guin, for the Decades Project in 2017 can be found at this link.

Tagged as creativity, Earthsea Trilogy, I am a man., Imagination, Steering the Craft, The Left Hand of Darkness, The Wave in the Mind, Ursula K. Le Guin, Words are my Matter, writing