Do we need biographies of writers?

I used to think that a writer’s work should stand by itself, that biographies could not add anything to the reading of their books. But I find that I am changing my mind, especially as I have been reading about the lives of writers to whose work I often return.

I recently reviewed Mrs Palfrey at the Claremont by Elizabeth Taylor. As I prepared for the blog piece I found that other reviewers frequently referred to her character, her life and her reputation. It led me to read The Other Elizabeth Taylor, by Nicola Beauman, published by Persephone Books in 2009. Persephone Books have published exquisite ‘reprints of neglected fiction and non-fiction by mid-twentieth century (mostly women) writers’ since 1999. Fortunately for readers, Virago picked up Elizabeth Taylors books in 1982 and has been publishing and promoting them ever since. 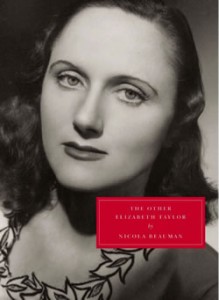 And now I know much more about her work within the context of her life, the influences on her writing, something of her writing practices and a better sense of her skills as a writer.

‘Those are the happiest of times – sitting at the table in a warm room … some warm, weak gin & water & the words spilling from my pen. There is no happiness like it, I am ashamed to say.’

She struggled, as so many women do, with the conflicting demands of motherhood and their talents.

‘I feel instinctively that women who have children can’t write. A certain single-mindedness is denied to them. In the end, children and writing suffer. Women writers do not have children – Sappho, Jane Austen, George Eliot, Miss Mitford, Fanny Burney, the Brontes, Virginia Woolf, Gertrude Stein.’ (From another letter in 1946)

But Elizabeth Taylor had two children and she did put them first. But she clearly found it hard:

‘Writers shouldn’t be mothers, for they cannot be ruthless.’

From this biography we learn something of her writing practices – not just the warm gin, but that she was a woman who thrived on her routines, sitting every morning in her armchair writing in her notebook.

We learn about her friendships (with Elizabeth Bowen, Barbara Pym, Kinsley Amis) and how she suffered acutely from criticism. She might be described as self-effacing and chosing not to mix with the London literary set. In their turn they questioned the quality of her work, and she was hurt by this. But she had her champions, including her literary friends and the New Yorker Magazine which published a large proportion of her short stories.

We find she was not born into the middle class life that she came to represent in people’s minds, indeed was a member of the Communist Party until 1948. The reputation of having a life where nothing ever happened is contradicted by the revelation of an affair and abortions, the murder of a local friend and her son’s near-fatal accident. The experiences of the final months of the lives of her father and of her friend the author Elizabeth Bowen provided material upon which she drew for Mrs Palfrey.

However, she was in no sense an autobiographical writer. Each of her main characters is very different. Rather she is a very close observer of human behaviour, especially when her characters do not behave as society expects. In my review of Mrs Palfrey at the Claremont I suggested that describing the residents of the hotel as eccentric was inaccurate; she observed how older people can behave when they are neglected and fearful.

Elizabeth Taylor’s reticence and concern for privacy extended to posterity. Most of her letters, for example, were destroyed at her request. And her two children have dissociated themselves from the biography, despite Nicola Beauman’s sensitivity.

I was reminded of two other biographies that helped me understand the writers and both have led me to reread their work with richer perspectives and understandings:

And now I find that as I am thinking about WG Sebald’s life, as we approach the readalong of The Emigrants for late May. His writing appears to blur the distinctions between autobiography, memoir and fiction. He poses so many questions about memory, stories, survival, what the lives of other people mean … I have not heard that a biography is planned.

And so now I have a project to read Elizabeth Taylor’s novels in the order she wrote them, and have already finished the first – At Mrs Lippincote’s, published in 1945. Julia is it’s lively protagonist, more interested in experience than convention and must therefore encounter the double standards of expected behaviour by men and women (as Elizabeth Taylor did). The dilemmas of Julia and her husband are beautifully handled.

So reading writers’ biographies leads me to read more … What other biographies would you recommend?

Now, I’ll just top up the warm gin with a drop of water …

2 Responses to Do we need biographies of writers?