At its best fiction takes us to places we might never go, introduces us to people we may never meet, and to situations we would avoid in the normal course of our lives. I have never been to The Jungle, the refugee camp in Calais, but through the medium of these eight short stories I have a better understanding of the place and its effects. 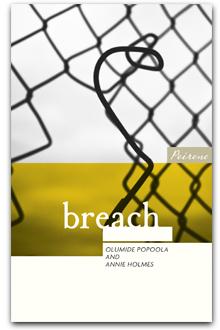 The writers were commissioned to give voice to the refugees through these stories, having listened to people who associated with The Jungle.

I commissioned Olumide Popoola and Annie Holmes to go to the Calais refugee camps to distil stories into a work of fiction about escape, hope and aspiration. On another level, however, these stories also take seriously the fears of people who want to close their borders. It’s that dialogue that isn’t happening in real life. A work of art can bridge that gap. Meike Ziervogel, Peirene Press.

This is the second post in my challenge series, to raise money for Freedom from Torture.

Everyone has a story

The stories are told from different points of view, and mostly in present tense. Some narrators are refugees, others include a wannabe smuggler, a volunteer, a foster parent in the Calais area, an asylum seeker in Bradford learning English from a volunteer teacher.

Everyone is touched, and for most people the experiences are not enriching. Refugees trying to get across the Channel to the UK respond to the impossible circumstances with skills they have learned along the way: lying, dissembling, stealing, exploiting. The circumstances can bring out generosity, support, connectedness, even shared humour but everyone involved wants something from the Jungle. 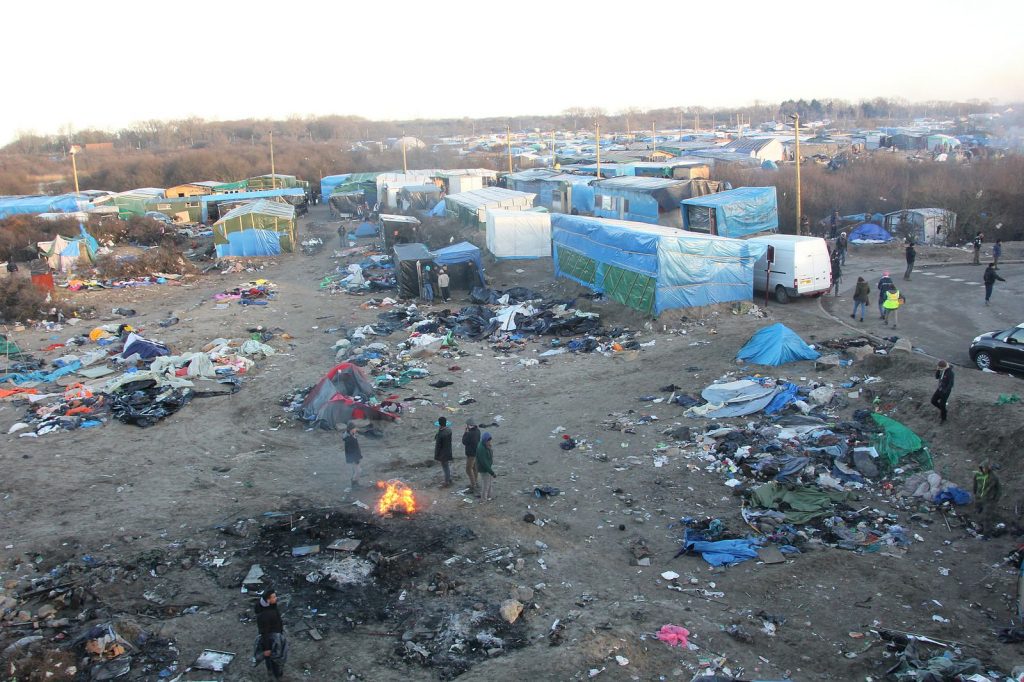 There are the young men, looking for a truck they can climb into; the police whose job it is to prevent them; the smugglers who earn money by facilitating transport; the volunteers who get to feel good; the young women who desperately need money and respond in the way women have throughout the ages; the groups who support each other for a while, but get splintered when one of them gives up or achieves a crossing; there are the truck drivers, the volunteers

From Counting Down, the opening story:

GPS tells me it’s eleven minutes. I don’t think that’s right. It’s too short. How can you cross a border, go from one country to another, and be there in eleven minutes? It took us two weeks to get here.

The others laugh because I say I want them to call me Obama. We are sitting down by a tree to plan the eleven minutes.

‘Why not Clinton?’ Calculate says. ‘At least it would sound like you got some action.’

I don’t know what he means; I know some boys who are called Clinton, back at home, in Sudan. It’s nothing special. But Calculate is old. Normally I wait for him to speak. (9)

From Oranges in the River:

This shabby truck will be stopped for sure. Jan has been on several like it. They’re easy to open and easy to hide in, so the police and the border guards always stop them. But Jan must take every opportunity. His parents sold their property for him to get this far, their insurance for old age is gone, so he can’t flag, he can’t fear, he can’t fail – he must push on. Plus, of course, he must stay on the safe side of the smuggler who drove him here and who wouldn’t take kindly to his refusing. And after all, he reminds himself, Walat made it. (135)

Breach reminds us that each migrant has their own story, and that many others are invested in her/his passage across Europe; that many countries are implicated; that the journey before crossing to the UK is fraught with difficulties, danger and is expensive. Life after arrival is frequently very difficult as well.

The stories cumulatively ask questions about the effects of migration, which are broadly raw and undesirable. And we come to see that those who make the decisions and take the actions that result in the collection of migrants in a place like The Jungle, are far, far away from the consequences of their decisions. 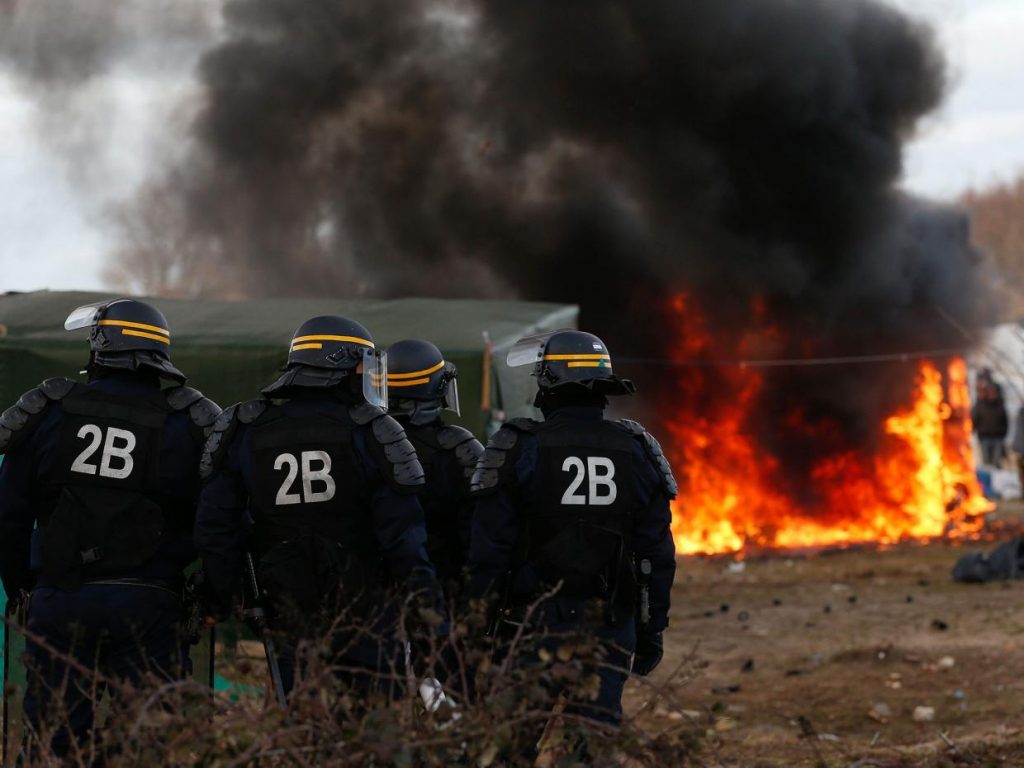 These stories are imaginatively written, and do not duck the issues, nor romanticise or demonise. We are shown what people do when they are forced into seeking refuge. We see the way lives, relationships, everything is interrupted while basic needs such as shelter, food and clothing occupy so much time. The lives of the migrants are focussed on the next stage of their journey: Jan, the character who hides in the truck in Oranges in the River quoted above says,

All these nights waiting for trucks or waiting in trucks or running away from trucks. (138)

And even when he has arrived in the UK, in Bolton, Algahli reflects:

Here they are nameless; it doesn’t matter what they call themselves, they disappear and dissolve. Here it is muteness. It doesn’t have a name. (143)

Never Really home, he texts his friend still in Calais.

And those that would rather the refugees went away, where are they?

Complexity has crept up on us. And answers are not being proposed. The human suffering continues, Even if President Hollande succeeds in his proposal to close the Jungle and disperse the residents, people will still want to get to the UK, the people who have got this far will still be in Europe.

Breach by Olumide Popoola & Annie Holmes. Commissioned and published by Peirene in 2016. 155 pp. 50p from each purchase of Breach will go to Counterpoint Arts.

I am raising money for Freedom From Torture, through sponsorship of a monthly walk and blogpost. This is the second post in the series. You can read more about it on the page called My Challenge (just click on the page title below the masthead).

Please help me reach a third of my target by making a donation. 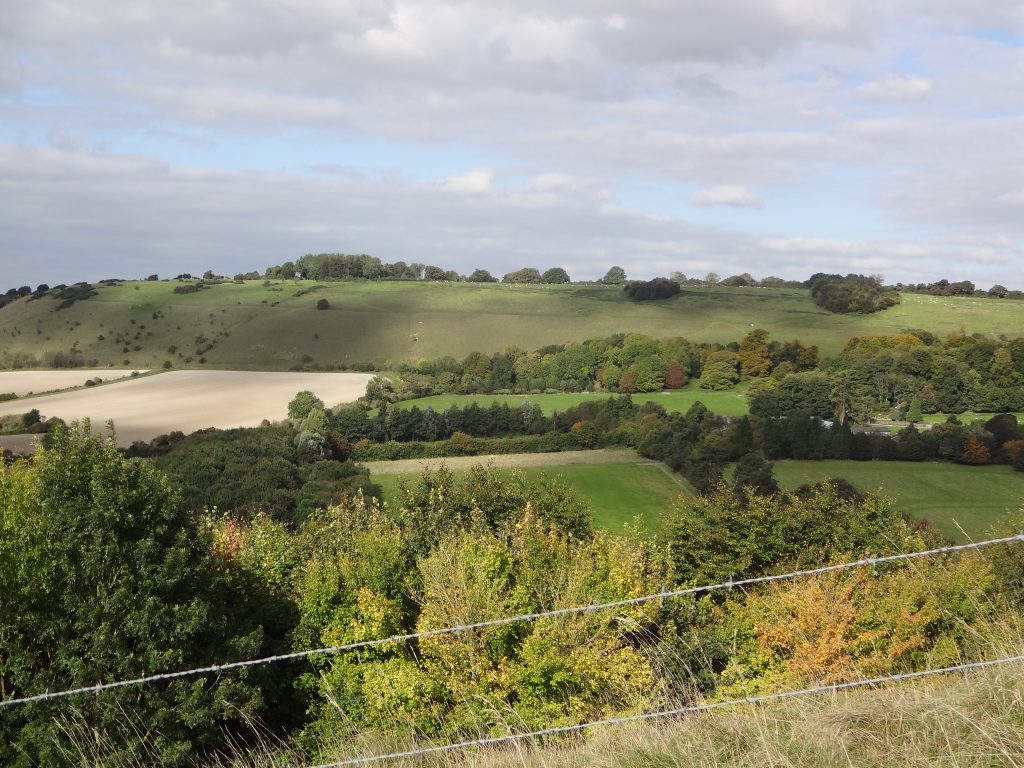 The ridge north of Pewsey

The second walk was in the Vale of Pewsey, about 15km (9 miles). I was pleased to walk with my friend Sarah, meeting at the railway station and walking north across the valley to a ridge, along the ridge in a horseshoe and the descending to cross the valley to meet the Kennet and Avon Canal and return to the station. It was a beautiful day and we could see for miles.

Peirene Press, from whom Beach can be ordered.

The third post about the challenge will appear on this blog …