Books for all Seasons

Here is a little indulgence: a challenge to find four books I’d read, with each of the seasons in the titles. A kind of structured serendipity. Nothing significant emerged from the combination, but I do get to recommend the four books.

If on a Winter’s Night a traveller by Italo Calvino

This is the ultimate meta-novel. Calvino addressed the reader in alternate chapters. Every interpolated chapter begins and explores some aspect of novels. The reader chapters considers reading and writing, culminating in a discussion between readers in a library, who all read in different ways and to different purposes.

As well as a serious exploration of books and reading this novel is full of playfulness – such a good quality in writing. Playing with the reader, as reader. I think it’s great and I need to read If on a Winter’s Night a Traveller again soon.

The Beginning of Spring by Penelope Fitzgerald 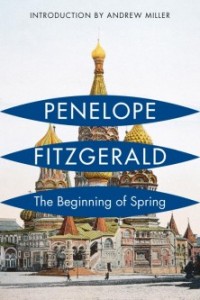 I enjoyed this story of an expatriate in Moscow in March 1913 for 12 months, whose wife mysteriously disappears and leaves him with his three children. The place is beautifully evoked, with believable detail. It is a very enigmatic.

The beginning of spring comes as Nellie reappears. We have only just found out where she went and why. The relationships of all these quirky characters are not cold, but spring returns with hope. However we know that within a few months Europe will be at war and Russia convulsed.

In a Summer Season by Elizabeth Taylor

Elizabeth Taylor’s eighth novel is about love of many different kinds. It is also about love’s tendency to appear and disappear as the title suggests. The summer changes their experience of love for all the characters. Elizabeth Taylor knew what she was doing in this, her eighth novel.

Kate Heron is around forty and has recently married for the second time. Her husband Dermot fails to find suitable employment. Lou, Kate’s sixteen year old daughter falls for and hangs around the chaplain, Father Blizzard. Kate’s son Tom is used to having girls at his beck and call, has become practised in letting them down gently when he moves on to the next one. But he is smitten with Araminta, the daughter of a neighbour.

It is Dermot’s lack of fibre (as they would say) that pushes the story to its conclusion. While there is tragedy, sudden and brutal, all does not end badly for Kate in a conclusion that does will satisfy all readers as we are unsure what kind of future Kate will have. The final short chapter allows us to see how where love leaves her and the other characters, a year on from that summer season.

In a Summer Season by Elizabeth Taylor re-published in 1973 by Virago Modern Classics. 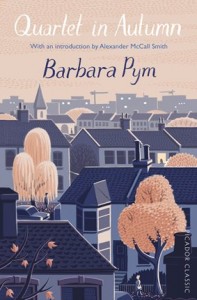 Four people work together in an office, doing unspecified work. The two men and two women are all single. Their lives have little in them, although each has made a small effort to do something, whether it is to engage with the church, admire her surgeon, collect milk bottles, be bitter or plan for retirement in the country.

The women retire, and the death of one of them brings the others together in a strange way. ‘But at least it made one realise that life still held infinite possibilities for change’, the novel concludes. On the way to this conclusion, every tiny action or event is squeezed by the quartet for its meaning and engagement.

I could have included The Beginning of Spring by Penelope Fitzgerald in the posts about Books in Moscow a few weeks ago.

I reviewed In a Summer Season in my series on the novels of Elizabeth Taylor in the winter of 2013.

I reviewed Quartet in Autumn by Barbara Pym for the older women in fiction series recently.

Have you any recommendations of books for a season?

8 Responses to Books for all Seasons