A visit from my inner critic

‘Oh I know what you mean! He’s exactly like mine!’ When I introduced my inner critic on this blog back in March there was a warming response; some readers said my inner critic was just like theirs, others recognised the character I had described as ‘a bit of an animal’ and others gave advice about how to deal with him (it is a him). And at the end of this blogpost I’ll share the best advice I have garnered. 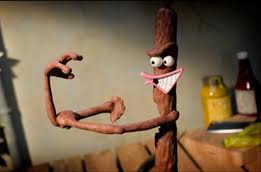 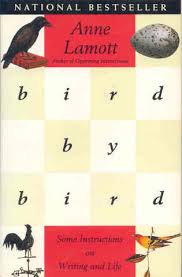 I have enjoyed Bird by Bird very much. Anne Lamott is worldly, generous, grounded and she gives practical advice with humour, supported by experience. She has two pieces of advice that are especially relevant to the inner critic. The first is that you only ever need to write ‘short assignments’. She explains:

All I am going to do right now, for example, is write that one paragraph that sets the story in my hometown, in the late fifties, when the trains are still running. I am going to paint a picture of it, in words, on my word processor. Or all I am going to do is to describe the main character the very first time we meet her, when she first walks out of the front door and onto the porch. I am not even going to describe the expression on her face when she first notices the blind dog sitting behind the wheel of her car – just what I can see through the one-inch picture frame, just one paragraph describing the woman, in the town where I grew up, the first time we encounter her. (p18)

This is such useful advice when you are stuck and facing the revision of the first draft of a novel, as I am – just tackle one short assignment after another.

Her second valuable nugget is – remember, all first drafts are shitty. I felt so grateful to her when I read this paragraph about setting out to write that shitty first draft and being deflected by the dreaded inner critic.

What I’ve learned to do when I sit down to work on a shitty first draft is to quiet the voices in my head. First there’s the vinegar-lipped Reader Lady, who says primly, “Well, that’s not very interesting, is it?” And there’s the emaciated German male who writes these Orwellian memos detailing your thought crimes. And there are your parents, agonizing over your lack of loyalty and discretion; and there’s William Burroughs, dozing off or shooting up because he finds you as bold and articulate as a houseplant; and so on. And there are also the dogs: let’s not forget the dogs, the dogs in their pen who will surely hurtle and snarl their way out if you ever stop writing, because writing is, for some of us, the latch that keeps the door on the pen closed, keeps those crazy ravenous dogs contained. (p26)

Do you know what she means or even recognise these voices? I too hear such a cacophony and so my first step is identifying them. Here are the ones I hear most frequently:

My school teacher, Mrs Hunt, who wants me to slow down and practise, not write stories that never end. ‘Be reasonable Caroline, published authors have to refine what they write. And be merciful to your readers.’ Actually, Mrs Hunt, these days I love revising and editing and my short stories are all less than 5000 words.

‘This is very derivative,’ says the poet, Laurence Lerner, who damned my poetry 50 years ago. ‘Chopped up prose’ he observed then. He was right. I was devastated. He’s still going strong. I don’t write poetry these days. And my other writing has improved over the decades.

My novelist friend – a proper published novelist – (you know who you are) who says, very politely, very gently, and with affection, ‘hmmmm, one or two nice phrases, but …’ I should make it clear that I’ve never actually shown him any of my writing, so I have no idea what he would say. I am sure it would be very helpful, because he is that kind of person. [Inner critic: so perhaps you should ask him!]

And the voice I recognise as my own, my little Peperami, which says, ‘are you still trying to be a writer? Whatever has given you the idea you should persist since this is all so bad, boring and banal? Nobody’s asking you to write, you know!’ I just have to quiet that one until he gets tired of leaping around and saying the same thing. 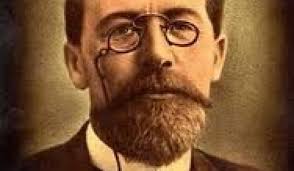 Here are the strategies for dealing with these voices. I drown them out with my own mantra – I am learning to improve my writing. I write one short assignment after another. Chekhov said (according to Jurgen Wolf in Your Creative Writing Masterclass):

You must once and for all give up being worried about success and failure. Don’t let that concern you. It’s your duty to go on working steadily day by day, quite steadily, to be prepared for mistakes, which are inevitable, and for failures. (p214)

I don’t think it is possible to give up worrying, to stop being concerned about success and failure. It’s not like giving up parsnips or the Sunday papers or red socks. But the Russian master’s observation that you just need to turn up at your writing desk echoes what so many writers say. It fits with Anne Lamott’s idea of the short assignment, and Hilary Mantel’s advice (also in the Masterclass. These quotations are included in the chapter about confidence, and that should tell us something.) This is what Hilary Mantel said:

If you are unpublished, you can still say to yourself, “I am a writer.” You should define yourself as such. (p217) 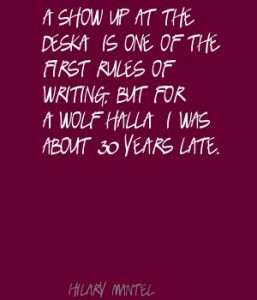 So next time my inner critic hangs around too long I’ll say, ‘Go away, or at least be quiet, unless you have something useful to suggest. I have a short writing assignment to do! And by the way, I’m working on improving my writing!’

If you want to be notified of further blogposts please subscribe by entering your email address in the box at the top of the column on the right.

2 Responses to A visit from my inner critic