A Tale for the Time Being by Ruth Ozeki

This is a strange and clever book, and I loved getting into it, losing myself in its stories and ideas. It would not have surprised me if this book had won the Man Booker Prize in October. It was shortlisted but frankly any one of the six could have won – they are all so good. One the attractions for me of A Tale for the Time Being is the great older woman: old Jiko, who is an anarchist, a writer, a Buddhist nun, a teacher, the grandmother of one of the protagonists, and 104 years old with a wicked sense of humour and penetrating wisdom. 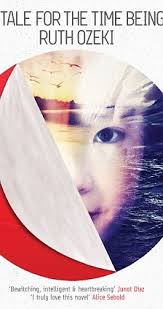 There are two main characters, both female. Ruth is the narrator (she shares a name with the author) and lives with her husband and cat on an island off the west coast of Canada – remote then. She is a novelist who has interrupted her writing of novels to compose a memoir of her mother, who had Alzheimer’s. She is blocked, perhaps by grief. Ruth is a Japanese Canadian, like her namesake. She finds a Hello Kitty lunchbox on the shore containing the journal of a Japanese teenager, Nao. The reader is invited to consider both Ruth’s life, and the story of the younger girl revealed through the diaries, and the connections between them. According to her diaries, Nao had a great life in silicone valley before returning to Japan, where she suffered terrible abuse at school, difficulties in her family and is considering suicide. (She calls suicide ‘graduating from time’ or ‘dropping out of time’.)

The two lives, Ruth’s and Nao’s, are connected through the journal, through writing. Everywhere in this novel the power of the written word is explored. Reading Nao’s diary allows Ruth to become connected to the younger woman. Nao reads her uncle’s letters and begins to understand his actions and his place in his mother’s life. Jiko herself says ‘Life is full of stories. Or maybe life is only stories,’ (p246). And what are we to make of the small folder paper returned to Jiko on her son’s death, as a kamikaze pilot, on which is written ‘remains’? They could not return an empty box. But what of Haruki does remain? Not just concrete things such as his watch and his letters, but the idea of him, in the memory of his mother, passed on to her granddaughter Nao, and through the medium of the novel, to us the readers.

Nao finds understanding through her contact with her grandmother and her uncle. She finds his letters, which illuminate the theme of people’s connection through writing and over time.

You will be happy to know that as I wait to die, I have been reading poetry and novels again. Old favourites by Soseki and Kawabata, as well as the books you sent me by your dear women writer fiends. Euchi Fumiko-san’s Words Like the Wind and the poems of Yosano-san in Tangled Hair.

Reading these women makes me feel closer to you. Did you share their racy past, my dear Mother? I applaud you, and will ask nothing further, knowing it’s unbecoming of a son to tease a mother so.

I find myself drawn to literature more now than in the past; not the individual works as much as the idea of literature – the heroic effort and nobility of our human desire to make beauty of our minds – which moves me to tears, and I have to brush them away, quickly, before anyone notices. Such tears are not becoming in a Yamato danshi. (p257)

The title, A Tale for the Time Being, is a gentle pun, or at least can be taken in more than one way. What a curious English expression time being is. It can be taken to mean now, which is also the meaning of Nao’s name, in Japanese. Now, or the time being, is a transitory moment, disappearing into the past as soon as you enter it. The time being is an impossible state to be in. But of course we are all living within our own time. We are time beings, none more than Jiko, who has managed 104 years.

My name is Nao , and I am a time being. Do you know what a time being is? Well, if you give me a moment, I will tell you.

A time being is someone who lives in time, and that means you, and me, and every one of us who is, or was, or ever will be. (p3)

Another little play on writing and time is that Nao’s diary is disguised in the cover of Proust’s A La Recherche du temps perdu (In search of lost time). This is how the novel begins, and already readers, including Ruth, will see that Nao is a writer wgho can hold attention. She is also an adolescent, with all the seriousness and pomposity of her age. 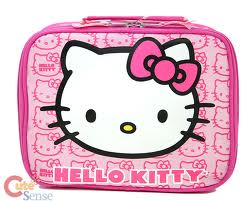 Eventually, it is the tsunami and the Fukushima disaster of March 2011 that impels Ruth’s involvement in Nao’s narrative. Is that how her diary came to be on the Canadian shore, washed there by the ocean currents? Did she exist? Did she survive?

The only jarring notes I found were the supernatural ones: the dream that resolved a plot complication (I find dreams are as unrewarding to read about as people’s accounts of them the morning after), and the mystical disappearance and reappearance of the writing at the end of the diary. But these moments still did not spoil my reading of this novel.

I enjoy novels that question and challenge and extend its very structure and form – following in the footsteps of Laurence Sterne. I like novels that play with ideas about time as Kate Atkinson does in Life after Life, (winner of Not the Man Booker Prize in 2013). A Tale for the Time Being has copious footnotes, mostly providing translations for the Japanese words and provides appendices and a bibliography.

I like novels that explore important topics, such as why writing is important, how people should and can relate to each other, the important of the natural world, the relationship of age to youth and what families can do for each other.

And who can resist a novel that adds writing to the range of superpowers in fiction? Nao is keen to make a connection with her reader. Towards the end of the novel, as her life is beginning to resolve itself she writes:

Anyway, I don’t know why I’m telling you all this, except that I thought you would like to know. My dad seems to have found his superpower, and maybe I’ve started to find mine, too, which is writing to you. (p389). 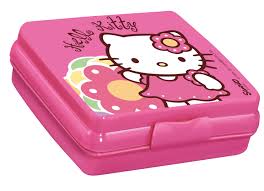 f you have read A Tale for the Time Being please let us know your opinion and reactions. Did you enjoy it? Are you tempted to read it if you haven’t yet?