A little rant about … Spoiler Alerts

This post is about spoiler alerts, what they mean and why they are so common. I am asking whether we need them. Are we in danger of saying that the story and its surprises are the most important thing about reading a novel. Really?

The donkey dies in the end

I cheered when I read this by David Rain.

Think of the phrase ‘spoiler alert’, so common in discussions of films, television series and even, nowadays, novels. What kind of work is ‘spoiled’ – used up, made redundant – once its surface narrative is known? A classic story can be told again and again. Shakespeare is never read for the last time; nor is Jane Austen. In Platero and I, we ‘spoil’ nothing by saying that the donkey dies in the end.

He was recommending Juan Ramon Jimenez’s novel Platero and I in Slightly Foxed (No 46, Summer 2015).

Recently I saw a spoiler alert on a blogpost about Mrs Dalloway. If Virginia Woolf were alive today she’d be turning in her grave! Now I ask you, would your pleasure in Pride and Prejudice be reduced if you knew that Elizabeth Bennet and Fitzwilliam Darcy get it together? Or that Jane Eyre is able to say of Mr Rochester, ‘Reader, I married him,’ and you already knew? Or even that in Rebecca, Maxim … no I’ll leave that one. 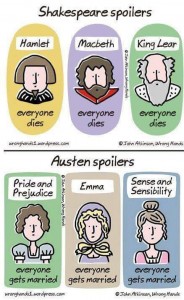 The surface narrative is not the novel. Although the surface narrative may be the film, I’m not sure about that. But perhaps the reason why films of good novels are so popular may be connected to this primacy of the narrative. Here’s a link to the blogpost on novels that are ‘major motion pictures’.

A and B Readers and Writers?

A writers are story tellers.

B writers are users of language.

For B writers prose is foremost and without it ‘you are reduced to what are merely secondary interests: story, plot, characterisation, psychological insight and form,’ according to Marin Amis in The Art of Fiction, 1998, Paris Review interview. Hmmm

Could we apply the same categories to readers?

A readers focus on the story.

B readers look at how writers express ideas.

If this division works I would say that A Readers dominate the blogosphere with their spoiler alerts.

But although I would say I am more of a B reader, the novel is nothing without those things: story, plot, characterisation etc. I’m sure there are exceptions, some experimental French novelist of the last century probably.

While novel reading is about the pleasure of the story, a great deal of that pleasure comes from how the writer writes. The writing presents and supports elements of the story. Literary fiction is about the art of the writer to tell us the story in a skilful way. For readers the manner or style of the telling is part of the experience.

And novels need tension to carry the reader to the end, but the tension doesn’t have to be about what on earth will happen? Whodunnits use the tension of clues and McGuffins to draw the reader on. Thriller readers want the hero to escape, with one enormous bound. That’s why it may be important not to reveal the plot twist in Rebecca, but reader she (not Rebecca, who was at the bottom …) got her man. 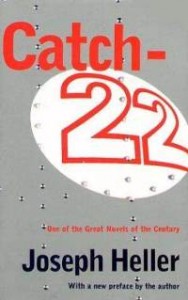 Some novels aren’t written for suspense, for what happens. Reading can simply be watching the protagonist come to terms with the events. This is one of the strengths of Catch-22 by Joseph Heller, who in scene after scene, character after character convinces us of the many absurdities of war. Perhaps the writer is suggesting that nothing much gets resolved in the story: see The Green Road by Anne Enright for example, reviewed recently on this blog.

I know of one reader who always turned to the last page. She wanted to read the novel without the surprises that the story might bring, to know the outcomes so she could see how they got there.

To spoil or not? 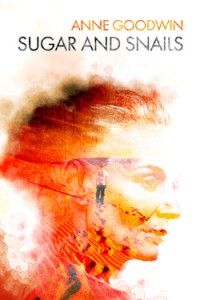 Sometimes it seems important not to reveal the plot. For example, I did sidestep reviewing Sugar and Snails, by Anne Goodwin. The significant reveal is designed to get the reader to think about their assumptions. I love a novel that makes you think, but I didn’t feel I could review the novel without discussing what is revealed. Anne Goodwin’s own discussion of spoilers can be found on her blog, Do spoilers Spoil? We are all Completely Beside Ourselves. Anne quotes some research about spoilers (that weren’t) and readers of short stories. They preferred them spoiled!

I took a different line when I reviewed at We are all Completely Beside Ourselves by Karen Joy Fowler, where the central issue of the novel is disclosed on p77. Again, it challenges the reader: what were you assuming? And says, now you know THAT look at what it does to my story.

But on the whole I want fewer spoiler alerts.

Slightly Foxed is a quarterly and subscription details can be found on their website.

We have energetic debates about spoiler alerts in one of my reading groups. Where do you stand?

12 Responses to A little rant about … Spoiler Alerts